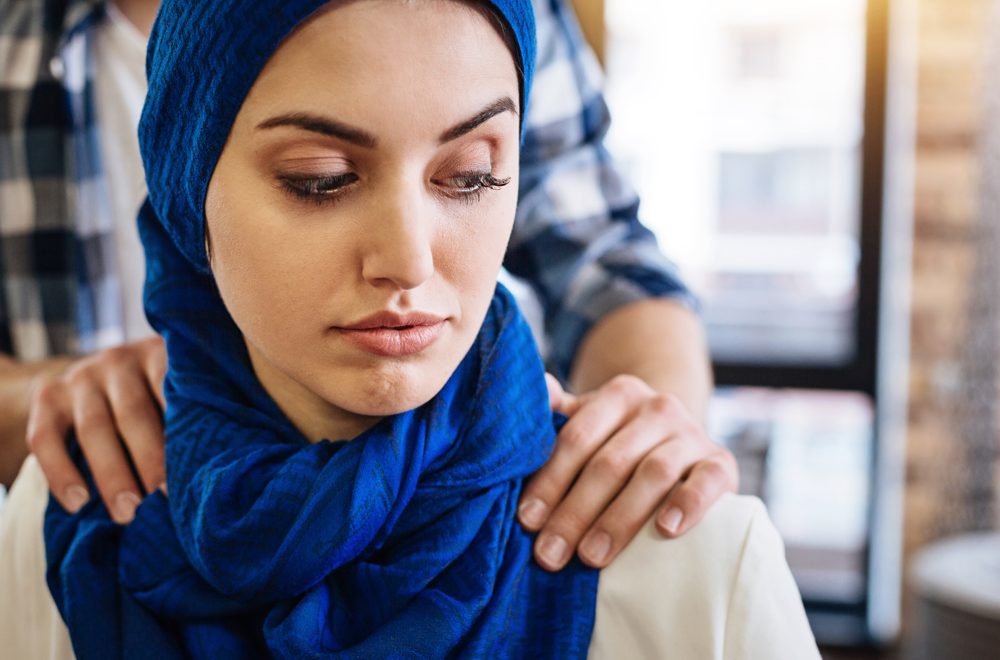 It’s not what we wear

The world has recently celebrated the annual campaign, 16 days of action against gender based violence: an act of solidarity aimed at the massive social problem of domestic violence and gender stereotypes. Meanwhile, a Chilean protest song about rape culture and victim blaming has gone viral. ‘It’s not my fault, nor where I was, nor what I wore,’ the song states. It concludes by putting the blame squarely on the perpetrator: ‘The rapist is you!’

Feminists around the world are calling out rape as a systemic political problem. The context may differ in terms of cultural and religious mores but universally, women experience violence both in times of war or peace. Misogynistic stereotypes have been used as a tool to control and abuse women over the centuries, perpetuating the belief that victims have contributed to their own victimisation. This justifies sexual aggression and trivialises women’s traumatic experiences. Victims continue to suffer in silence.

It is encouraging to see courageous women from around the world working tirelessly to end violence against women. Campaigns such as #metoo, #Timesup, #Niunamenos, #BalanceTonPorc and others have highlighted sexual violence against women. The #mosquemetoo movement predominantly came from activism by Muslim women focussing on sexual assaults during Hajj (pilgrimage to Mecca); it did not highlight the pressing need to address abuse and exploitation of Muslim women expressed through the implementation of religious beliefs and teachings.

There is still a deafening silence over the use of religion as a tool used to subjugate women in Muslim societies. Religion oppresses women in conservative Muslim societies, placing the onus on women for the discrimination and violence they face. Laws and social norms based on religious morality continue to marginalise women in Muslim countries such as Saudi Arabia, Iran, Egypt, Pakistan, Indonesia and others. Impunity for perpetrators intimidates women into silence.

This is not limited to Muslim majority countries. British activists have repeatedly warned that British Muslim women are forced to turn to shari’a councils that coerce them into staying with violent and abusive partners and are deprived of the right to claim money or property when their marriages are dissolved. By failing to register their marriages legally, Muslim men conveniently avoid financial and other duties to their wives. Women may also find themselves trapped in polygamous relationships. Since UK law does not recognise religious marriage, there are no restrictions on marriages taking place in religious ceremonies. Women married in these ceremonies have no legal recourse.

Menstruating women and girls are considered ‘impure’ and ‘dirty’ under Islamic laws and aren’t allowed to pray. An Islamic school in modern day Britain even embarrasses little girls by asking if their menstrual cycle is the reason they don’t attend prayers.

Religious beliefs – such as those linking obedience and modesty to piety, denying women equal shares in their parents’ inheritance, valuing a woman’s testimony at half that of a man, and granting husbands the right to beat their wives to discipline them – combine to enable patriarchy and misogyny.

The toxic perception of modesty breeds a culture of victim-shaming that thrives on women’s vulnerability. Hijab, burqa and niqab are visible symbols of this discriminatory and sexist culture of modesty, marking women as mere sexual objects, made for men’s sexual gratification. This mindset enables a system where women are judged and perceived as being responsible for crimes perpetrated against them.

According to religious sources, Muslim men are advised to lower their gaze – however it is mandatory for women to observe purdah to avoid being sexually assaulted. This provides men an excuse to gawk at women with impunity. Social stigmas continue to alienate victims of gender-based violence in Muslim countries, making it less likely that they come forward to authorities due to a fear of being held responsible for breaching religious commands.

Sadly, toxic modesty culture has been normalised in the West through the promotion of cultural relativism, where this modesty culture is regarded as foreign to Western understanding of women’s liberation, but acceptable in their understandings of Muslim culture. The advocacy of so-called modesty culture fails to advocate for Muslim women’s rights. The liberal fringe glorifies a symbol of women’s oppression instead of calling out sacred beliefs that justify discrimination against women. This nonchalant attitude trivialises women’s sufferings, reducing them to a piece of cloth. It is tragic that countless women are unable to be part of the current era of women’s empowerment, whilst the ‘woke’ world seems to have turned a blind eye to their plight.

The hijab has no intrinsic property of empowerment. It is just a piece of clothing. It might symbolise certain stereotypes regarding women’s role in society, but it does not in itself contribute to women’s empowerment. Empowerment doesn’t come from clothes: it arises within an environment that enables women to make decisions for themselves. Women living in the West have more opportunities to make independent decisions than women living in conservative Muslim communities. This has very little to do with any garment they might wear but rather  with the agency that allows them to make choices for themselves.

It was a tragic betrayal of women of Muslim heritage when the mainstream British media outlet the BBC featured the niqab as part of its ‘wardrobe of rebellion’ selection for international women’s day. This ill-considered act alienated millions of women struggling to be free from this attire, including those subjected to inhumane treatment for refusing to be a part of this toxic modesty culture, even in the West. Dina Torkia, a popular British fashion vlogger, received abusive messages after she decided to remove her hijab. She was called a ‘slut’ and an ‘Arab whore’. Her husband was demonised for supporting her.

Women who dare to go beyond the boundaries constructed by men by defying toxic modesty culture are treated as pariahs. Likewise, women critical of mandatory hijab are labelled Islamophobic. The bigotry of low expectations continues to overshadow debate around how to empower women in Muslim societies. It is imperative to put an end to the politicisation of Muslim women’s clothing and recognise their agency as individuals, irrespective of what they wear. Women’s bodies should not become a battleground for the Left or the Right to enforce their own ideology.

The Left in particular needs to understand that toxic ‘modesty culture’ is designed to strip women of their agency, and that it privileges fundamentalists’ understandings of religious scriptures in determining Muslim women’s rights. The fetishisation of religious morality and modesty culture is a disservice to women struggling to be free from the claws of these fanatics.

A safer and fairer society would allow women to challenge patriarchy and misogyny more confidently. Making women’s attire sacred isn’t helpful. It doesn’t protect millions of Muslim women living in Muslim majority countries from sexual abuse and violence. It only serves to put the blame on the victim rather than the perpetrator.

The world needs to take a firm stance against women’s oppression, and stand up for women’s rights regardless of their colour, religion and nationality.  There is no justification for violence against women. Religious privilege that infringes on women’s rights should be challenged. Nobody should be able to justify their discriminatory attitude towards women in religion.

It is high time for women of faith and no faith to name and shame apologists for women’s rights abuses unequivocally and call out modesty culture for what it is: a part of rape culture.