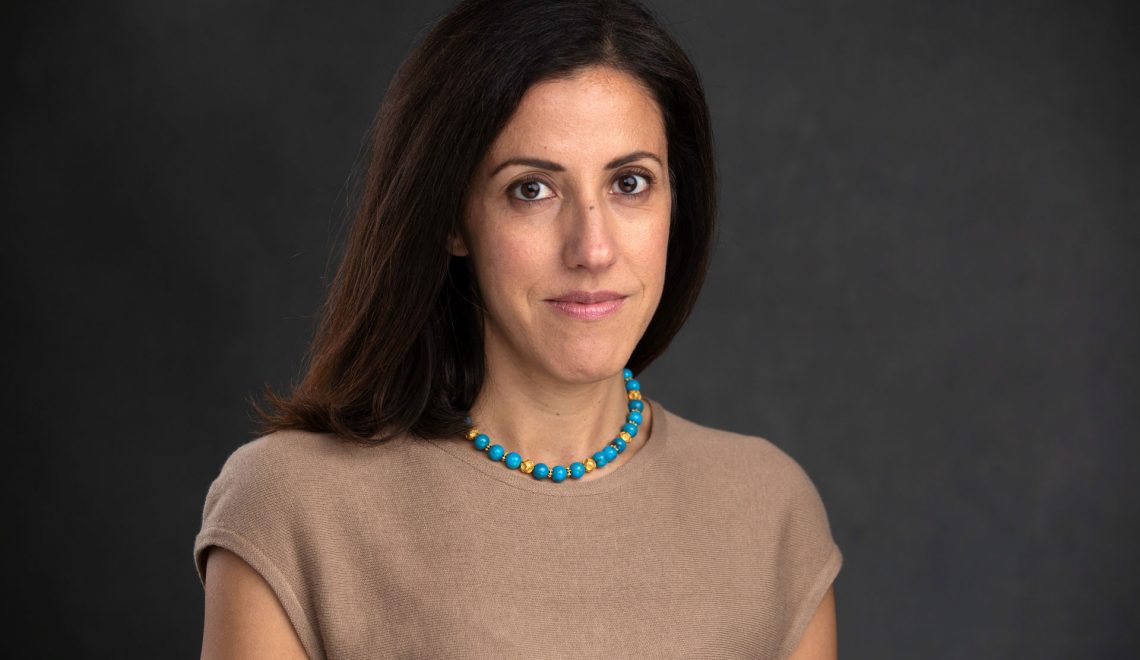 “I wanted to write an alternative narrative for the ISIS girls”

What is a ‘Guest House for Young Widows’, and why did you choose this phrase as your title?

The Islamic State ran a system of so-called ‘guest houses’ in the territory they controlled; every city had one or several, depending their size. Women came to stay there if they arrived at the caliphate single, waiting to be matched up to a fighter. They stayed there again once their husbands were killed, waiting to be married off to someone new. I heard so much about these places from the women I interviewed. They spoke of them with such trepidation and loathing – it was clear that the group made these places deliberately uninhabitable, to pressure women to accept re-marriage if only to escape them. Over time they felt like houses of horror, and emblematic of ISIS’s unique and cruel instrumentalization of women.

Why did you decide to write this book?

I felt the media coverage of the Bethnal Green girls was deeply distressing, the way they were not allowed to be victims, or groomed, or even simply partly victims, because they were brown and Muslim, and because they were exploited by a group that the media had portrayed as unfathomable, some force of sheer evil beyond our imagination. I wanted to write an alternative narrative for those girls, to give them back some piece of humanity the media had decided they didn’t deserve.

How was the research process behind it?

Difficult! I pursued leads across multiple countries, working to persuade people who despised the media to speak to me; Westerners, who had every reason to be suspicious and uninterested. It was really a feat of gaining trust, trying to establish through hundreds of conversations that I inhabited a not so dissimilar world, that I had a stake in trying to tell their stories differently.  It helped that I was Muslim, from a Middle Eastern background, that I could understand many of their challenges: that I also cared about eyebrows and faith.

The format of your book tracks the experiences of many young women from different backgrounds that ended up joining ISIS. Were there any commonalities between the women?

The shared theme was clearly a sense of exclusion. From national politics, in places that were politically repressive, from a healthy share of national identity in places where citizenship seemed very vested in race and in not being of a certain background, from the religious sphere, in states where the government micro-policed piety.

ISIS made no pretence of offering women anything other than marriage and domesticity. What made that attractive to so many women and girls?

Actually, ISIS did offer a great deal more than that. That was part of its dark cunning: its ability to tap into the frustrations and desires of women across a range of contexts, and offer responses or pathways to meet lots of very reasonable aspirations – access to politics, the ability to practice Islam without harassment, some vision of social justice, and most importantly a role in the jihadist fight, or whatever you wish to call it, for women in their own right. ISIS offered much more than the traditional and dull Al-Qaeda vision for women, which was motherhood, wifehood, incubators of ideology, and not much more. Of course we saw all this pan out to be propaganda, largely, they had no intention of delivering – but if we dissect what they offered, it helps explain women’s choices and illuminates what otherwise seems to make no sense.

Rafia Zakaria has described the ‘replication of the colonial hierarchies that Isis ostensibly set out to eliminate’ within ISIS whereby, for instance British ISIS members took precedence over local recruits. What were your observations of this phenomenon?

I wrote extensively about the rivalries and resentments that brewed in ISIS territory: how Arabs and Syrians in particularly chafed at what they considered the superior treatment the foreigners received – better houses, better salaries, faster access to services – and also the disappointment and resentment of Asian-origin or Somali Britons, who felt that Arabs viewed them as racially inferior. Essentially everyone imported the hierarchies and prejudices of their own societies into the caliphate – it inevitably created frictions, especially between Gulf Arabs and ethnic minority Europeans. You can imagine it would be difficult to grow up in a society that largely views and treats Bangladeshis or Pakistanis as serf workers, only to arrive in the Islamic State and be obliged to treat a British Asian as your full equal.

One of the women you profiled was Shamima Begum, who has become a hate figure in British media. What is the reality behind the stereotype? What are the impacts of media stereotyping?

We have no access to the reality. We have interviews with a traumatised 19-year-old who was recruited into an armed group as a teenager, married as a girl bride, who had a camera stuck in her face after escaping from a war zone and surviving the death of her three children. The media treatment of her was very dehumanising, and as a result, public sentiment seems to view these women as uniformly demonic, and even more hateable because of their race. You really only have to look at the Facebook meme page for Shamima Begum to understand what I’m talking about. The result is terrible policy, because politicians can blame their inaction on public sentiment.

You’re critical of heavy-handed and counter-terrorism responses in the UK and in the MENA. What do you think are the best responses? For states, and for organisations and individuals.

There will always be individuals drawn to extremist behaviour in the West and the Middle East, and the conventional tools – intelligence gathering, straight policing, more invasive types of house arrest – work very well. The best thing would be to recalibrate foreign and economic policies in the Middle East such that they don’t rely on trade flows and strategic partnerships with countries that directly or indirectly cultivate militancy through their terrible governance and repressiveness. Western governments could conduct different policies and reap different outcomes, but from Sykes-Picot through to today, they do not seem inclined to. The counter-terrorism industry largely deals with extremism as an ideology, and has also co-opted much of civil society across the Global South in the service of its approach, which is really problematic.

Your book is a corrective to accounts of ISIS that ignore women. Women working for peace and against extremism in the MENA region are also often overlooked. How can we get women’s issues on the agenda?

I don’t think you can get women’s issues on the agenda – or even citizen’s issues on the agenda regardless of gender – in the absence of safe space for real politics. Authoritarian states tend to be hostile to civil society of all stripes, because they view virtually all activism as a challenge to their legitimacy. I get very frustrated with piecemeal approaches to women’s inclusion in politics or the Women, Peace and Security agenda more broadly, when big power politics and trade flows are underpinning orders that are so fragile and illegitimate that they leave little room for politics, and do not allow for meaningful participation of citizens in governance. We are not going to get around such a structural state of affairs and its impact on women by dealing with the problems at the edges.

What are the likely impacts of Trump’s abandonment of the Kurds in the region, including the women in the camps?

So far it looks like the status quo is holding. The fate of the women in the camps largely rests on the policies of their home governments, though of course, if the Syrian government eventually takes over those areas, that would change.

This is your fourth book and the first which doesn’t primarily deal with Iran. What are the similarities and continuities within your work?

The running theme is that women in the Middle East suffer war, political instability, economic blockades, or societal fractures acutely, because they endure all these things as citizens, and also as female citizens, living under patriarchal and usually repressive orders.  Western interventions and interference in the region only aggravate their plight. That is as true in Iran as it is in Syria or Iraq or Yemen or Libya.

Guest House for Young Widows: among the women of ISIS by Azadeh Moaveni can be purchased here.