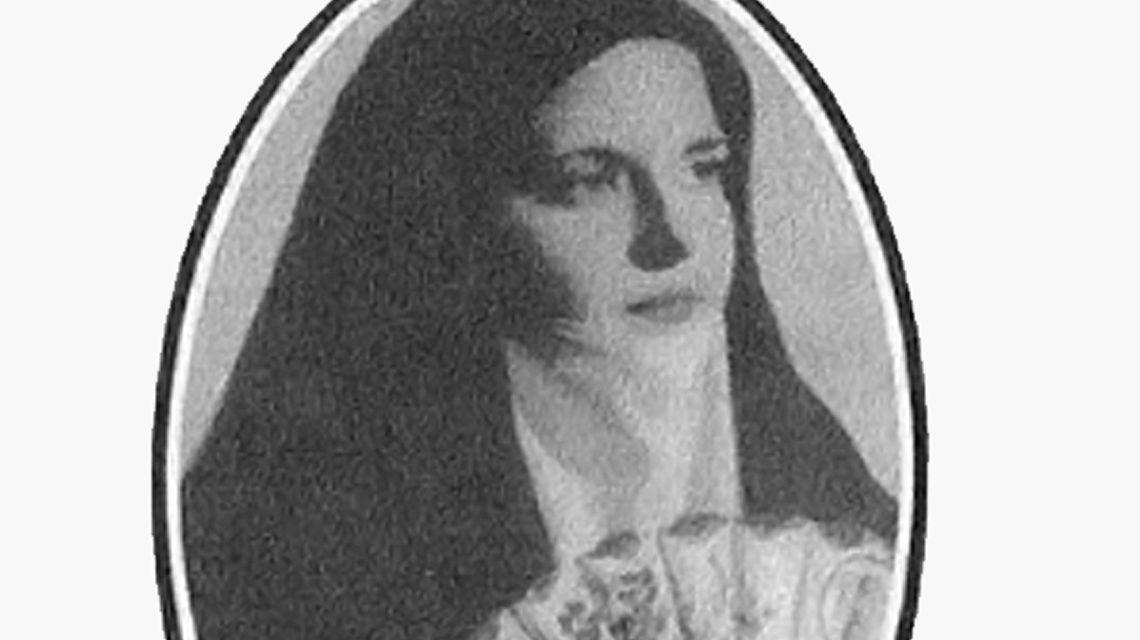 There is no community in which the rays of civilisation have shone forth – in whatever era this may be – where women did not have the greater hand and the greater due, as is perfectly obvious to anyone who has read the histories of the ancient Egyptians and Greeks. All of these civilised nations considered women members without whose help no work could be accomplished. – Zaynab Fawwaz

Zaynab Fawwaz came from the poor and remote region of Jabal Amil in Southern Lebanon, an area with a reputation for producing writers and Shi’ite religious scholars. She is particularly known for her biographical dictionary of famous women, a compendium of more than 450 prominent women drawn from world history – the first work of its kind in the Arab world.

She immigrated to Egypt around 1870, likely as a servant to a wealthy family. It is believed she was taught to read and write by her employer, As’ad al-Khalil, a member of a feudal Lebanese family. Ironically, for a woman whose own personal fame came from her biographies of notable women, her own life is largely unknown. For instance, it is not even known at what age she joined the al-Khalil family nor what her motivation to move to Egypt was: whether this was for marriage, to pursue an education – or to escape an unwanted marriage. Her contemporary Labiba Hashim stresses that Zaynab did study extensively with various professors.

She had one brief marriage which dissolved abruptly when she discovered she would be the fourth wife of her husband, that she was expected to educate all of his pre-existing daughters – and that she would be unable to obtain the Egyptian newspapers she loved to read in the remote village where her husband lived.

What is known of her comes from her writing, which became visible after she met the publisher Hasan Husni al-Tuwayrani, who edited al-Nil, which published her first essay. She wrote two novels, a play (al-Hawa wa al-wafa – Passion and Fidelity, published in 1893), and poetry. The first novel is a melodrama, likely have been inspired by her own youth in Lebanon; her second was a historical romance containing a commentary upon marriage.

Zaynab was also particularly interested in the accomplishments of other women. She corresponded with Egyptian poet ‘A’isha Taymur and Christian Lebanese poet Warda al-Yazigi. From the 1890s, her essays on ‘the woman question’ began to be published in Egyptian newspapers. She conducted debates in the press with other writers, many of them challenging prevailing gender roles which limited the participation of women and girls in everyday life. In an argument supporting women’s education, Zaynab enumerates many examples of powerful women from Arab history in order to illustrate their potential to make valuable contributions to society and to argue for women’s liberation. This strategy of identifying exceptional women to challenge sexist stereotypes would come to fruition in her grandest project.

On 7th October 1891, she began work on 453 biographical sketches of historically significant women, entitled Al-Durr al-manthur fi tabaqat rabbat al-khudur – meaning Pearls Scattered in Times and Places: Classes of ladies of cloistered spaces. The book was printed over 1894-6 by the government press of Bulaq, in Cairo – one of the first books with a female author to have been printed at this publishing house, and certainly the most substantial. In her introduction she stated her intent to fill the gap in contemporary biographical writing, in which women were overlooked despite their merits. She stressed the changing times had led to ‘there emerging amongst women a large group, with writings which show them akin to the greatest male scholars, as they have also responded in kind to the greatest male poets, matching them verse for verse.’

Most of the portraits were between a half-page and three pages in length. In this book, Zaynab drew upon and broadened pre-existing Arab literary traditions to draw in a wide variety of female subjects – who were often neither aristocratic ladies nor particularly cloistered, but which included ferocious warriors alongside teachers of poetry and transmitters of hadith. Drawing from various histories and traditions, Zaynab combined individual stories into a broader argument calling for recognition for women’s talents and potential, bringing historical evidence to bear on contemporary debates on the status of women.

Further, she did not recreate contemporary colonial framings which situated ‘European modernity’ in opposition to ‘Arab traditions’ in her writing. The women, from Queen Victoria to Sitt al-Mulk, are collated on the basis of their femaleness and their achievements, rather than via their cultural, ethnic or religious identities. They are presented in a roughly alphabetical order, allowing for the reader to draw her own contrasts and connections between the women in the collection.

In her recreations of well-known histories, Zaynab emphasises the cultural barriers which women had to traverse over the trajectories of their lives, and makes a point of centring each woman in her own life, for instance reversing the focus of patriarchal narratives drawn from religious sources, reframing stories which present women as supporting characters in stories about men to place the spotlight upon the woman. She explicitly provided a wide variety of role models for young women ‘daughters of my kind’, as she refers to them in the preface, recognising that the younger generation were growing up in a socio-political environment which presented them with broader horizons than their mothers and grandmothers had enjoyed.

Pearls Scattered is the first full-length work of Arab and Muslim women’s historiography, pioneering the feminist reclamation of women’s histories within a period vibrant with challenges to the established patriarchal order.

Poet ‘A’isha Taymour celebrated the release of the book with a poem:

By God, Zaynab’s layers of pearls have emerged as
A full moon amongst humankind, breaking light
… Let all good women praise the example she set
For in the two worlds these chapters she revived.