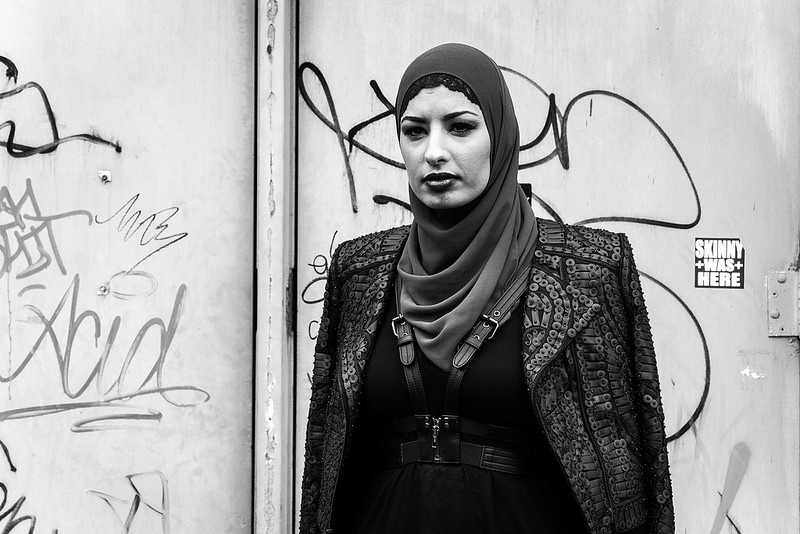 Hijab: OK in magazines, no go in workplaces

The controversial flap of fabric has been wrapping up the headlines for years. Yes, I’m talking about the hijab: the black/printed/turbaned thing Muslim women wear on their head to cover the voluptuous locks of hair they have (that’s right, we have hair). You’d think everyone was finally cottoning on, with it being recently donned on the Yeezy Season 5 catwalk, featuring in a new design by Nike and Debenhams announcing they will be the first major UK department store to sell it. However, after a recent law that was legislated by the European Court, it looks like the Hijab won’t be receiving acceptance anytime soon.

The European court have announced it is now lawful for employers to ban workers from the ‘visible wearing of any political, philosophical or religious sign.’ And if you didn’t already guess, they’re mainly referring to the hijab. I guess one positive result of the Brexit vote – one of the few I assure you – is that Britain won’t be following this ban. Amidst the crackdown on Muslim dress across Europe, in February the Prime Minister insisted that ‘what a woman wears is a woman’s choice,’ whilst stressing that Britain wouldn’t be following Austria’s government by introducing a ban of any sort. Despite this it still hurts to know there will be Muslim women out there, forced to leave their jobs because they no longer have the right to dress freely in a way that truly represents their identity. We can agree that for Muslim women, sometimes the glass ceiling appears too far out of reach for us to attempt to crack down. To add to the height of it all, companies now have the right to ban a woman’s Islamic dress from their workplace if they wish to do so. In other words, they don’t have to employ a Muslim woman if they don’t like the hijab on her head.

Many Muslim women and Human Rights campaigners have condemned this legislation. The European Forum of Muslim Women claimed that, ‘this ruling will further alienate Muslim women from the workplace, preventing them from strengthening their economic independence and their emancipation in society by being part of the workforce.’ A report by the European Network Against Racism, commissioned in August 2016, found that 50% of women wearing hijab felt they ‘missed out on progression opportunities because of religious discrimination’ where the hijab was the underlying factor. The facts are black and white, strongly suggesting that religious discrimination against Muslim women does exist in the world of work. Quite frankly, this new law only legalises and enhances the mistreatment we have to go through anyway.

You’ll probably call me a pessimist if we ever have a conversation about my job prospects, but I’d just give myself the title of a realist. As a millennial Muslim woman, I am more than aware of the social purgatory I am stuck in. If you’re like me, Muslim, female and from a minority ethnic background, you’ll agree that we face a triple penalty for all three of the above identities. As Muslim women, we are continuously subject to discrimination based on our faith and gender, which essentially hinders our access to the labour market. Despite the fact that more British Muslim women are getting degrees than men, the marginalisation we face makes us the most excluded group in the country – especially when it comes to getting a job. However, my lack of financial means to take flight from the small-town community I live in is a collective problem for graduates, and one that is faced by even the hijab-less among us. Job opportunities and paid internships are rare. With most prospects based in the cosmopolitan city of London, there comes a point where we begin to lose confidence and hope in ever finding a job and fitting in. I assure you this is not because my faith is restrictive, but it’s because of the not-so-discreet discrimination we have to undergo. It’s becoming fed up with the endless politics around a Muslim woman’s identity and her wardrobe choices. It’s walking into an interview room and realising your stone-coloured-crepe hijab from Zara makes you stick out like a strawberry in a bowl of grapes. Equate all of that frustration with economic struggles and you’ll find me in a rut of unemployment and a void of hopelessness.

As journalist Shaista Aziz says, ‘The hijab has become a symbol around the world of how Muslim women are defined’. The European Forum of Muslim Women believes that the recent European headscarf ban ‘is a serious threat to the principles of equality, justice, and freedoms.’  And of course, we can’t stay at home jobless and feeling sorry ourselves either, because the media needs no more reason to produce reports on Muslim women being ‘unintegrated’ or ‘illiterate’. Neither can I, nor will I ever, remove my hijab because a company feels it doesn’t suit their image. But I will tell you, that if the hijab was less fetishized and simply tolerated as a harmless symbol of identity, Muslim women would be so much more willing and able to show their capabilities.

Though the fashion industry is finally cottoning on with the hijab, the endless politics around a Muslim woman’s wardrobe choices appear to be on going – ultimately proving how the international acceptance of the hijab remains a one-step-forward and two-steps-back process. Whilst some parts of the world are banning the hijab, many are commercialising it. International companies are now using ‘hijabi’ models to boost their ad campaigns, with L’Oréal Paris recently featuring the hijabi Youtuber, Amena Kin in their ‘All Worth It’ campaign. The ‘fashion-isation’ of the hijab shows many mainstream designers proving how modest wear is becoming easily accessible to Muslim women in the UK, and the hijab is now being donned on the international catwalk. Of course, it’s great to see the hijab finally appearing in glossy magazines, but it saddens me to come to terms with the fact that a pretty model is needed to validate something that represents me as a Muslim woman. A designer label has no worth if new laws are enhancing and legalising the judgment I undergo because of my religious dress. Big-shot companies are embracing the hijab, but once everything unravels, I am aware that I will always be judged by my outer identity.

So please start accepting me for what is in my head, rather than what is on it. Besides, an office full of brunettes was so last season.

An English Language and Literature undergraduate, pursuing aspirations of becoming a journalist.