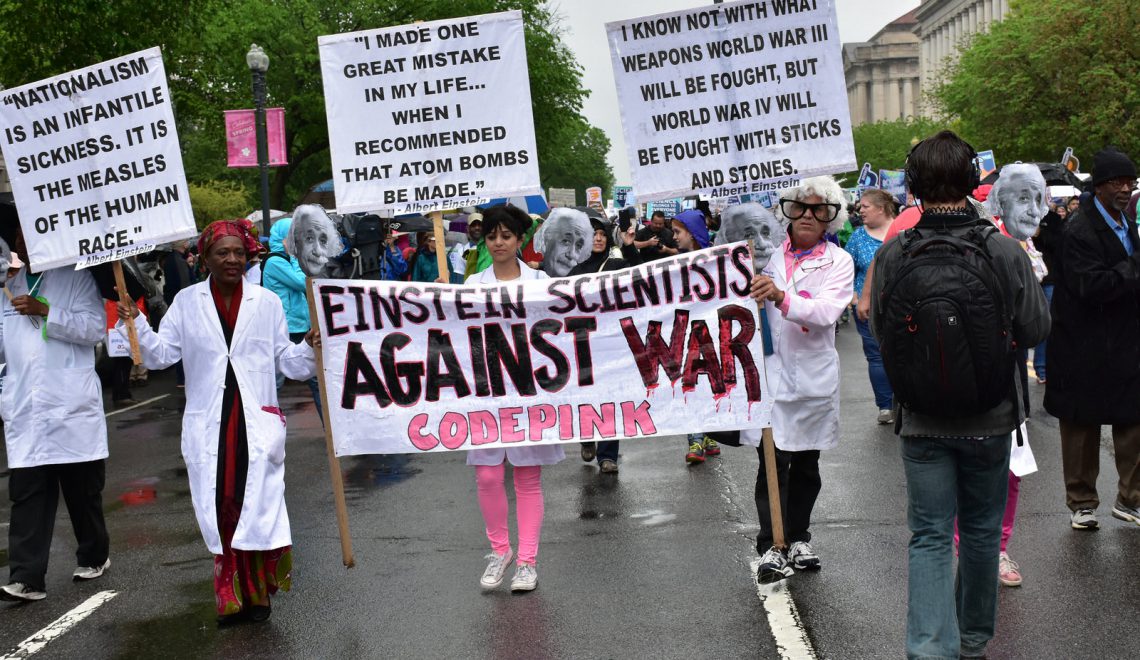 Day 101 in the age of 45. I’ve been procrastinating on writing this one. What is there to say? We are alive. That’s good. That we have to pause and be grateful for being alive is not so good. In 2017, we should be able to take peace and life as a baseline rather than an achievement.

What else? That potent mix of ideology and incompetence still persists. That’s bad, but the fact that incompetence prevails turns out to be a good thing. Who would have thought we’d be grateful to have an incompetent administration in place? But frankly if this ideologically extreme administration were also highly competent, then the chances of me writing this from a rustic internment camp on the shores of the soon-to-be-deadened Chesapeake Bay would be so much higher. So let’s raise our glasses to incompetence. The Muslim ban remains banned, his health care bill died a painful death, the budget proposals have been declared dead on arrival by members of the GOP – though let’s keep an eye on that one. Remember, he wants to slash and burn the environmental and international development and diplomacy programmes, in favor of giving an extra $52 billion of our tax dollars to the Pentagon, despite the fact that every year for the past umpteen years, the Pentagon – that bastion of American strength, professionalism and trust – has literally lost billions of dollars. They just can’t account for it. I run a non-profit and every penny has to be recorded and audited. Every dollar has to be proven to be ‘having impact’. But our military industrial complex plays by different rules.

Well – here’s my proposal to Congress: Every dollar unaccounted for in the Pentagon should be deducted from their next budget, and allocated to peace and development efforts, nationally and internationally. Can we aim for that in the next 100 days?

In the meantime, can we indulge in momentary schadenfreude as well? It took less than a hundred days to oust the manic Mr. Flynn and the ghastly Mr. Gorka from their seats at the National Security Council and White House. (NB: the Mr. in Gorka… it turns out the man who insisted on being called ‘Dr.’ got his phantom PhD from a dodgy little university, which has is no record of him.)

I must admit, Mr. T has brought a never before seen depth of comedy to the post of President of the Empire. The ships that weren’t sailing to Korea, the daughter, and the son-in-law, and the wife who wanted to sell her brand of frocks and socks from the White House. Every time I think of that story, I wonder if Imelda Marcos is pinching herself for not starting a shoe shop on the steps of the presidential palace in Manila. Even she had more class.

Still, all this great, dark, tragedy-laced comedy is mere distraction from this fact: We dropped the largest non-nuke bomb on Afghanistan, and haven’t even bothered to look back, and ask ‘what did we do?’ We bombed Syria, but to what effect? America is turning out to be the greatest ‘hit and run’ artist in the world. Add this to the potential damage we could do if the climate change agreements are reneged upon, and we will literally be sinking faster than we think.

And then there is the politics and the public side of all this. First the politics. Can someone please tell the old guards of the Democratic Party to retire gracefully, open the doors and windows and let some fresh air in so that a new generation take charge? Pelosi, Clinton et al (including Clinton version 3) should just say their adieux and move on. If the Dems don’t get their act together, then we are stuck with 45 for 8 years. The world really can’t afford that.

As for the people who are Trump supporters – there seems no point in trying to talk logic with them. Extremists, the world over, first go for the heart. Once that is captured, they get to the minds. If the guy has their hearts, then he can literally do no wrong. It’s a little like being in love. No matter how much your friends or parents try to tell you the guy is useless, lazy, moronic, thuggish etc etc… You just can’t see it – or you refuse to, or you excuse it, or you become even more defensive and thus determined too stand your ground.

We, on the progressive, liberal side, are still operating as if we live in the age of reason. But c’est fini for now. This is the age of emotion and instant gratification. If extremisms tap into the wrath, our job is to tap and mobilize the joy.

The cynics and skeptics may wonder what that is? My answer is it is us. All of us who decided to march and amble and cheer together at the science and climate marches around the world. We are many, we are strong, we are peaceful and we are together, and while we live with the mantra of ‘live and let live’ – we are not going to stay mute or petrified in the face of this existential threat. We just need a few good men and women to step up to the political plate, harness this energy and articulate the vision. Let this be the plan for the next 100 days.