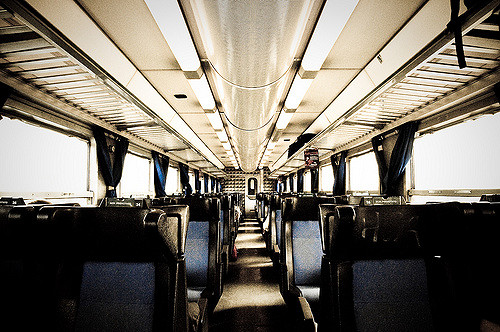 I cry in airplanes

Over the course of ten years and two relationships I have found myself crying in airplanes more often than what I assume to be the norm. As I write this, I am in fact on a domestic flight from Johannesburg to Cape Town. Eight years ago I boarded a flight from Istanbul to Cape Town after meeting my then boyfriend’s parents. They were decidedly against our relationship. Two weeks later he was back in Istanbul for good; six months later he was married to someone else. Anyway, on that flight home I pretty much sobbed for the entire duration of the nine hour flight. Understandably so. A kind, rouge-lipped flight attendant offered me piles of tissues and plastic glasses of water. She’s probably used to the sight of kohl-blackened puffy-eyes boarding international flights.

More recently, I was on a flight from Jeddah to Addis Ababa. At Jeddah airport I had a bit of a mangled emotional argument with my Arab boyfriend. I was sad to leave him. I didn’t know when next I would see him again. When I boarded the flight, hot tears streamed down my face. This escalated into uncontrollable sobs that would not abate as hard as I tried. My mother asked me what was wrong. I think she thought I was having a massive reaction, or rather, over-reaction to leaving my boyfriend. I wasn’t. I was having a moment of dissonance where I knew something was drastically amiss in my relationship but I didn’t have the courage to address it. Fast-forward a few months and said Arab boyfriend had now kicked me to the curb for reasons he didn’t state, and which I didn’t bother to investigate. All these years in the game teach you that sometimes it’s better not to know the inner calculations of men that, in reality, no longer matter. The usual post break-up antics ensued…but that’s a story for another time.

Let’s get back on track. On the first leg of my current journey I sat, replaying the loss of the man I loved and the uncertainty of my future. Once again the future was an open blank expanse. Silent tributaries meandered slowly down my cheeks. My sister who had been absent-mindedly staring out of the window turned to look at me. Her forehead wrinkled; I actually saw her synapses spark as she figured out without asking what had happened. And now, as I return home I find myself having yet another small cry.

Airplanes are curious places. Whether you’re travelling alone or with companions, sitting in your numbered and lettered seats you are eerily left to think or contemplate or stew in your own thoughts. I don’t ever recall talking to my travel companions for more than a quarter of any flight. It’s the perfect place for reflective thought. Even on long-haul flights with the best selection of entertainment, there are always moments where your mind wanders or wonders. Airlines have now started offering in-flight Wi-Fi that allows you to connect in the usual ways. Upon a cursory look around the plane I see that most people are not engrossed in their phones. I think most of us enjoy the circumstantial respite from our tech-overloaded daily existence. In planes you are alone, in a confined space, surrounded by people who are going or coming – yet you’re somehow, for that time in a weird stasis. You are stuck for hours with people you hope you don’t have to interact with, so where else does your mind go?

Looking around this crowded plane, I don’t know if my recent emotional upheaval has made me more susceptible to this kind of over-thinking, but I maintain that this bizarre space with more than a hundred people catches you off guard: you’re absolutely not alone but somehow you are. You’re not alone in your bed or car, the places that you would usually analyse, over-analyse or scream or generally freak out. You have to maintain composure – there are strangers around you for godsake. There’s nowhere to go, and not much to do. It’s very hard to escape the torture of our minds if we don’t have a tangible escape route, whether that be mindlessly checking social media or doing legitimate work.

The captain has just announced the start of our descent into Cape Town International Airport. And thank heavens for that.