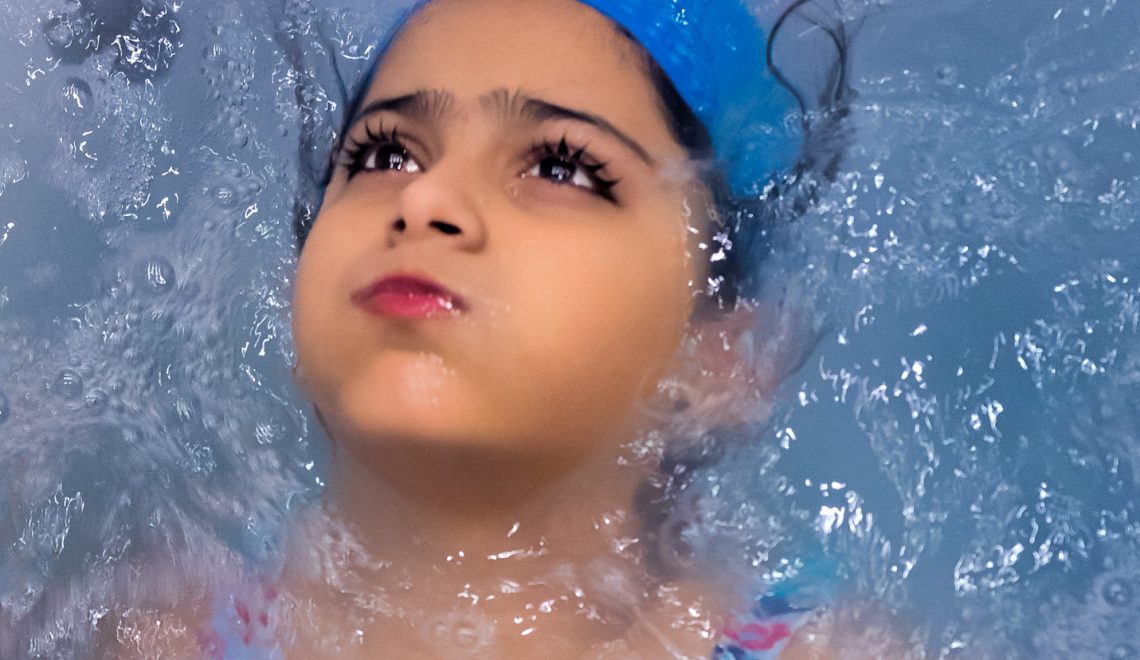 Give girls a sporting chance

This year, I followed the Rio Olympics 2016 with a great enthusiasm, mainly because of the many Muslim female participants representing Muslim and Western countries in various sports. These women have exhibited extraordinary talent, winning medals in everything from taekwondo, judo, gymnastics, fencing, wrestling and weightlifting to athletics. While these brave women of Muslim heritage are breaking stereotypes, the lack of participation by women of Muslim heritage in sports is still highly prominent. It was when I switched from watching the Olympics 2016 results to the TV coverage of the Norway Cup 2016, the largest annual international football tournament for youths, that the bitter reality struck me. The boys’ teams had just finished playing and the girls match was starting up. While rooting for the girls, I noticed that whereas the boys’ teams were as diverse as could be with regards to ethnicity, the girls’ teams consisted of almost only white girls. ‘Where are all the other girls? Where are the Muslim girls?’ I thought. As I continued watching the girls’ matches, I became aware that there were in fact some Asian, African and, very few Iranian girls participating. ‘No Pakistani girls,’ I sighed in disappointment.

I’m not sure why this surprised me so much. I am, after all, very well familiar with the discouragements and impediments girls from my background face early on from our families, as well as the community, when it comes to how, where, and with whom we spend our leisure time. Although I’m sure this issue is applicable for girls, and especially for Muslim girls from all over the world, I will focus on the Norwegian-Pakistani girls, as it is closest to my own experiences.

I spent significant years of my childhood in Pakistan, where my sisters and I spent our free time playing with our male cousins, as well as boys and girls from our neighbourhood. I remember that the eldest of the girls, probably no older than 12 years, stopped coming out to play with us. Soon, at the very old age of 10, it was my turn to be a ‘decent’ girl and not play outside, and especially not with the boys. Our weekly cricket matches came to an end, and so did our daily Disney hour, where all the kids from the neighbourhood and family would get together and watch cartoons. When we moved to Norway, we found that this tradition was present here as well. Although we did mingle with all the Norwegian-Pakistani kids, boys and girls, of our age in the beginning, it didn’t take too long before it was expected that girls should stay inside in the afternoons and not play, or even talk much, with the boys.

What will people say?

While the boys in our Norwegian-Pakistani community were eagerly encouraged to try out organised activities such as football and ice hockey, the physical activity of the girls was restricted to playing at home and the weekly, obligatory, gym sessions at the school. We would, from time to time, hear stories of how some girls needed to be reminded they are Pakistani and not Norwegian when they asked their parents to let them join soccer or handball team. ‘What is the point of you, a Pakistani girl, running around in your bare legs out there on the field for everyone to see? Log kia kahenge!’ (this very popular Pakistani phrase means: ‘What will people – the community members – say!’) is how we girls were, and still are, reminded of the responsibility to preserve our family’s honour.

The same phrase was used to excuse us girls from overnight field trips, as well as the obligatory swimming classes. The school staff, who so desperately tried to understand and respect ‘our’ religion and culture, of course, accepted this. There came a time, when after surviving a severe head injury at the age of twelve, water-therapy was suggested to be one of the best options for my recovery by professional doctors and physiotherapists. This became an issue among the tiny Pakistani community where we lived, who decided that if I were to swim (in a bathing suit!), regardless of the reason, this would only encourage their girls to want to swim as well, and make it very hard for them to explain to their daughters why they could not. Although my parents initially did not object to the idea of water-therapy, they were soon overwhelmed by the negative comments by the ‘uncles’ and ‘aunties’ from our community. Thus, the professionals’ advice was blatantly ignored, and my water-therapy was ended after only one session, for the sake of preserving ‘our’ honour.

Norwegian-Pakistani girls – the most inactive youth

Norwegian-Pakistani girls’ lack of engagement and participation in organized activities has not gone unnoticed within the Norwegian community. FAFO, a Norwegian social science research foundation which deals with issues related to living standards, democracy and social welfare policy, has done some extensive research on the youth of ethnic minorities in Norway over the past decade. The first study from 2005 investigated youth, leisure and participation in multicultural Oslo. Another study conducted later in 2007 focused specifically on the inclusion of ethnic minorities in NGOs and football teams for children and adolescents in Oslo. Both studies found participation in organized activities, both in and out of school, to be much lower among youth with non-western background than the ethnic Norwegian youth. The difference in leisure engagement was even more prominent among the boys and girls of non-Western ethnicity, where the boys were far more engaged in organised activities than girls. Most importantly, of all the ‘non-western’ ethnicities, youths of Pakistani origin were the least engaged group, and even among them, the gender difference is noticeable. Thus, Norwegian-Pakistani girls are the most unengaged and inactive group when it comes to leisure and participation in leisure, sport and organised out-of-school activities.

So what do these girls do?

FAFO’s studies found that most Norwegian-Pakistani girls spend a lot of their free time studying, with their families and doing household chores. Many of the girls also reported that they are simply not allowed to spend leisure time outside their homes. Some girls reported that they worked at their family business. However, whilst most boys get some payment for their work-hours within family businesses, the girls were often left unpaid. So, not only do the girls lack leisure time and permission to spend it anywhere else than home, they have little means of financial support which is very often required to be members of activity clubs. Contrary to their almost non-existing participation in leisure, almost 90% of Pakistani youth asked expressed great interest and desire to be active members of sports clubs.

Both a study conducted in 2008, and a relatively new study from 2015, both suggest Norwegian-Pakistanis to be the group that suffers most from lifestyle diseases such as cardiovascular diseases, diabetes, and obesity. While most men of Pakistani origin suffer from cardiovascular diseases, women of Pakistani origin suffer most from diabetes and obesity in Norway. Adherence to traditional gender roles with the community goes some way to explain why Norwegian Pakistani women are suffering from these lifestyle diseases. Hence these women do not and are not encouraged to make use of gyms, engage in organized sports, and hence suffer from serious but preventable diseases.

All this research into the lifestyle diseases such as obesity, diabetes, and cardiovascular diseases affecting Norwegian Pakistanis has led to a great focus on the problem. To address this problem, many doctors and scientists have started workout programs for Norwegian Pakistanis in Oslo. However, knowing that these diseases develop in adulthood following long periods of inactivity, it is critical that the doctors intervene with Norwegian Pakistani families at a much earlier stage, and encourage them to let their children – both boys and girls – to engage in physically active leisure activities.

Physical activity should be recommended not only for the health reasons, but also due to the contribution it makes in personal development and social skills. I read in an interview with Tina Shagufta Kornmo, a well-known doctor and a social commentator, where she mentions how she was not allowed to play basketball when she was younger, because it was not a tradition that girls participate in sports in the Norwegian Pakistani community. There is almost 20 years of difference between her experiences and mine, which shows how the influence of ‘honour’-focused Pakistani traditions have remained over the decades. The detrimental consequences of such conservative traditions are now apparent in the poor health of our women.

Honour, which is preserved at the cost of our girls’ and women’s health, is an honour not worth saving. It is about time that the Norwegian-Pakistani community defies these traditions and social expectations, and unites to encourage our girls to pursue physical activity, be it through sports or a gym. Don’t let the burden of ‘honour’ and ‘shame’ hold women and girls down and suppress their hunger for athletic opportunities. Norwegian-Pakistani girls have shown exceptionally high performance in education; let them shine on the playing field as well!

Aspiring psychologist. Love roaming and exploring. Lover of humanity, with a keen interest in peace and conflict resolution. After long being an admirer of arts and creative souls, now eager to explore my own creative side.