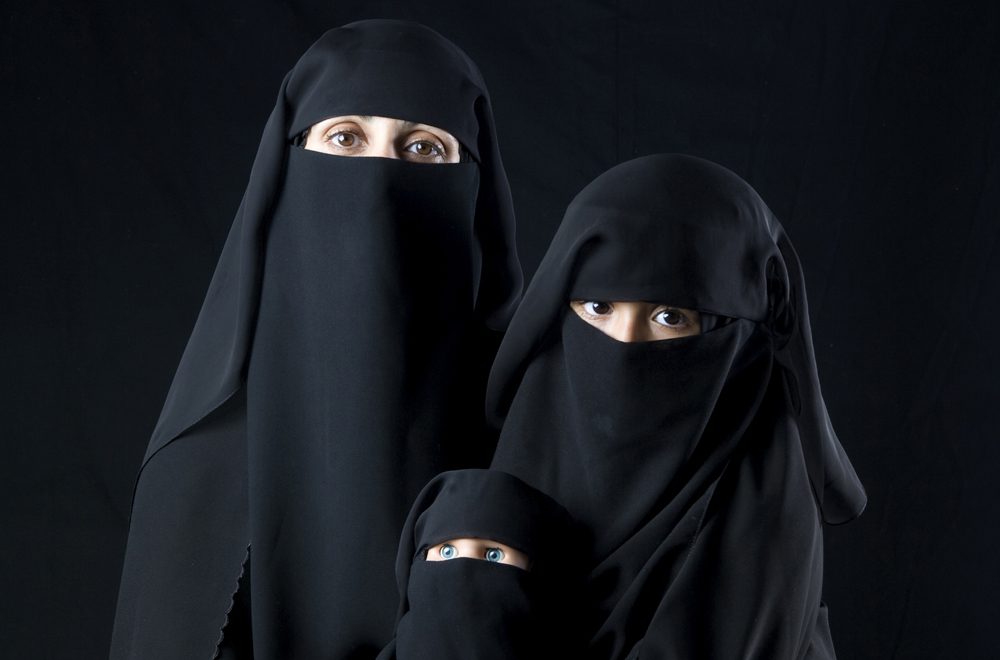 Her name is Jamila. It means beautiful in Arabic.

She liked to walk along the boardwalk overlooking the sea. It had been her birthday on that day, three years ago. She was turning 17 years old, and Ibrahim had promised to come. They had been texting for a few weeks, and today they would finally meet in person. She wore her navy blue skirt, the one that made her look thin; and she had borrowed her mother’s gold earrings without telling her. She wished her father were still alive. He was the only one she would have dared confide in with the fact that she was falling in love.

They were to meet at five o’clock. The sun started its descent, but still no sign of Ibrahim. She decided to give him another 30 minutes. Still nothing: and no messages either.

At 8 o’clock as darkness engulfed the sea and the city lights shone brighter, she finally decided to go home. She had to cross the entire city so hoped the bus was not too crowded. She hated it when it was crowded: some man would invariably have a hand wandering over her body.

It took her more than an hour to get home. As she stepped off the bus and walked into the muddy, barely-lit streets separating the small houses with corrugated iron roofs, she had the distinct feeling someone was following her. She walked faster, and then ran. A few meters away, he caught up with her. He slammed her to the ground, placed his hand on her mouth and pulled up her skirt, tearing it. ‘My skirt is ruined,’ was the only thing she could think of – a desperate effort to deviate her mind from the horror of rape.

It was over in a few minutes.

She made it home, her legs hurting, bleeding, and with an eye swelling, diminishing her sight as she approached the small house.

When her mother saw Jamila, she screamed and slapped her, for she immediately understood what had happened. ‘You slut! How dare you walk the streets at night! Where were you so late?’ And she continued. ‘God almighty! What will happen now? What will the neighbours say? How can I even walk outside with so much shame? No one will marry you now! No one! I work all day cleaning other people’s houses and this is what I get in return for my efforts? Slut! You are a slut!’

Her mother started to scream incoherently, while tearing her clothes. Hearing the cries, her neighbour and friend arrived. She immediately understood the situation just by looking at Jamila, and asked her to step outside so that she could take care of her mother.

Jamila went to the water tap at the back of the house, and washed herself, not knowing where her tears ended and the water started. After what seemed like an eternity for Jamila, who felt so very tired, they finally called her in.

‘I decided,’ said her mother, ‘tomorrow after the Sobh prayer, we will talk to the Imam and ask for his advice. Khadija’s daughter who lives two streets over was sent to Jihad and I am certain that the same can be arranged for you. The only way for you to redeem your sin and clear this shame is that you work for the good of your Muslim brothers.’

The next day, Jamila and her mother walked over to the Imam’s house. He was relatively new to the area but already his mosque had a good following. He had returned, filled with glory, from two years spent abroad and had brought with him enough money to set up a mosque, a Koranic school, a small clinic and even a day care centre where women could leave their small children when they went to work. All were free of charge.

He told Jamila’s mother that her daughter’s only option was to join the Jihad to redeem her sin. The Imam insisted, that at 17, her life was over and her afterlife even more so, unless she entered into a contract of marriage with a combatant. He knew of one who was brave and looking for a wife. He was so generous, in fact, that he did not mind marrying a person of ill repute, which Jamila had now become.

Arrangements were soon made: money is indeed a good jumper of bureaucratic hurdles. Three months later, she was on a plane.

When she arrived at her destination, she was blindfolded and placed in a car along with two other women. The road was long, bumpy and dusty. Not once did Jamila utter a word, and neither did the other women. Upon arrival, they were taken to a large room where a woman asked them to take off their clothes, perform the long wuduh (ritual wash) and put on a niqab. They did what they were told in silence.

That day she was married to a combatant. The marriage fell under the category of what is traditionally called Nika’h al-Mut’a or Istimta, meaning ‘pleasure marriage’. It is a temporary marriage whereby a couple gets the blessing of a religious figure in order to perform an act that would otherwise be considered a sin outside of marriage. It is generally terminated once consumed.

In the case of Jamila, this was not Istimta, but rather Jihad al-Nika’h or ‘Jihad marriage’. The main idea is to ‘support the brave soldiers of Islam’ in return for the redemption of sins. For Jamila, it meant paving her road to paradise.

Jamila went through the ceremony. The marriage was consumated and she was immediately repudiated. She was then given to other men as a way to further cleanse her soul and participate in the glory of the holy war.

During her resting time, she shared a large room with ten other women. They had all gone through the same ritual. Many cried until their tears dried out; others simply looked at the wall in utter silence. The oldest, in her early forties, was a widow. Na’ima’s husband had died in a drunken brawl, and out of shame, her brother-in-law had forced her to join the Jihad. She had left two children behind, a boy of 12 and a girl of 10. The youngest among them was Sa’ida. At 14 years old, she had never known a man before coming here. She said she came with her brother who convinced their parents that she would help her Muslim sisters trapped in this war, while he joined the fighting. There was also Karima, a lady in her thirties with a paralysed arm. Bouteina was another one. She had blue eyes and was the quietest among them.

After two weeks, Nadia, a pretty woman in her early twenties never came back. No one ever saw her again. Na’ima who had been there the longest, said that she must have become pregnant. ‘Once you get pregnant and start showing any signs, you are returned to where you came from,’ Na’ima said. ‘They don’t like pregnant women,’ she added.

They were all so tired and their bodies ached constantly. Fatima, a well-endowed thirty-year-old lady managed to get some drugs. One of the Jihadists liked her and supplied her with Captagon pills, also known as the ‘Jihad pill’: cheap and easy to manufacture amphetamines that help keep combatants alert.

Jamila stayed for ten months in that house. One day, after having missed her periods for two months in a row, the first signs of pregnancy started to show. She was sent back to her country of origin.

In ten months, Jamila had had over 250 partners, averaging about 25 a month, discounting the days when she had her period. She had stopped counting after the third week.

On the plane back, and still wearing her niqab, Jamila started to shiver uncontrollably. She was going through drug withdrawal but she did not know that. Upon arrival, seeing her condition and given the niqab, she was arrested and taken to the airport police station. Following an intense interrogation where she recounted what had happened to her as much as she could recall, she was sent to the country’s maximum security prison.

The only good thing was that she was finally able to receive medical attention, and to sleep. All she wanted to do was sleep. She suffered from drug withdrawal, but also from various infections. After being examined by a gynaecologist, it was found that her uterus was torn and that she would never be able to carry her baby to term. She aborted naturally a few weeks later, unable to cry.

She asked to see her mother. Her appointed lawyer tried, but her mother refused to come, or even acknowledge the existence of her daughter.

After a speedy trial with mounting evidence against her, evidence she had herself provided in her first declaration, she was condemned by the judge to life in prison with reprieve. The sentence was reduced to thirty years.

There is no data on how many girls and women have been forced, kidnapped and even sold into Jihad al-Nika’h. It is feared that the number is in the thousands.

According to Yasmine Attia, a Tunisian lawyer, the term and even the concept of Jihad al-Nika’h were unknown until two years ago. The term was created through a fatwa (a ruling point of Islamic Law) issued by the Wahabi religious authorities and encouraged by the famous Saudi predicator, Mohammed el-Arifi. In one of her interventions, Mrs. Attia cites the predicator as he encourages ‘Muslim women of at least 14 years, widows or repudiated, [to] offer themselves as wives to the combatants of the holy war […] in exchange for a place in paradise.’ The fatwa has since been condemned by most Islamic religious authorities, with little consequence, if any, for the most extreme Jihadists.

This is nothing less than sexual slavery. The religious veneer is no veneer at all, and the act should be seen for what it is. At the root of all of this is an immense ignorance amongst the victims, but equally amongst the authorities, who refuse to see this for what it is. It is abuse. It is rape. It is the violation of the most basic standards of human rights. It is the stripping of dignity. Worse yet, the rights of these women are further violated upon their arrival at their country of origin, where they are most often condemned for having been an instrument of terrorism. The definition of terrorism being so vast and malleable that it is easy to fit their deeds into it: hence providing the country with official statistics proving their efforts in fighting terrorism.

What is happening is pure and simple indoctrination by extremist groups, furthered by the multiplication of religious centres across the Arab and Muslim world, and their provision of basic social services central governments cannot afford. These Jihadist movements have developed the appropriate tools for inserting themselves into the everyday lives of the most desperate and vulnerable, offering them a fictional way out based on the concept of fear. This is not new in the history of religion, but today, this notion is coupled with the vilification of women to a level never seen before in the history of Islam.