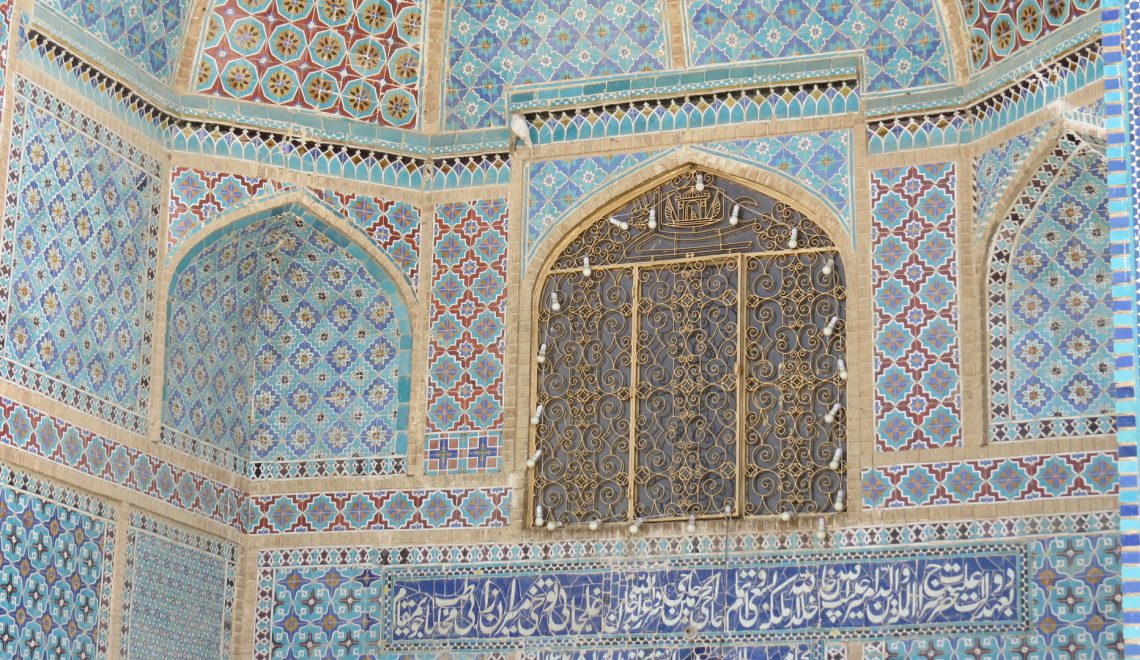 It was early November; a cold and rainy day in Mazar-e-Sharif.

The family was heading to the house of Kaka (Uncle) Ibrahim to celebrate the Eid.

As we drove, the rain grew heavier and colder, while the mud on the battered streets of the city was getting thicker. Yet people were on the roads aplenty, and the bustling markets were busy with last minute shopping for the holidays. Cars were seemingly everywhere, and going in all directions, in the jumble of colour and sound so characteristic of Mazar. A few soldiers were seen here and there, mostly inside their vehicles.

We approached Great Massud Street. I was proud to know the name of the street but no one in the car seemed to care. I had checked the name on a new app on my older brother’s cell phone. The street’s name has changed many times, my father explained, from the King’s time to the Soviet era, to the Taliban and to today. So no one ever bothered to remember what it was called. Sometimes it was a royal name, sometimes it was a revolutionary name, sometimes … it was better not to remember. For everyone it was just the large avenue in front of the Blue Mosque. ‘Better keep it neutral,’ my mother added as she adjusted her headscarf – always a sign that she was talking about a topic that distressed her.

My father suddenly slowed down the car. He thought he had spotted Kaka Ibrahim walking amidst the crowd. After we had all shouted that it was indeed Kaka Ibrahim, he stopped the car and opened the side door (the windows had frozen solid), and offered him a ride to his home, which is where we were all heading.

Kaka Ibrahim gently accepted, bowing low and placing his hand on his heart. He sat at the back with me and my two brothers. With him came in a rush of cold – and the smell of wet wool and sandalwood, a sign he had been praying at the mosque. He smiled, ruffled my hair, and thanked us again and again for picking him up.

As we drove on, he looked at the car in amazement, even though it was a rather old Toyota bought some years back from a neighbour, who must himself have bought it at the used-car market. It was red, and many parts were rusted, but it had been kept in good condition. The car had no heating. My father had placed small rugs on the floor and on the seats, helping us to stay warm during the cold days. I liked the carpets, especially the ones on the back seat; they kept me warm when ice formed on the windows during the winter.

Few women drove in Afghanistan, but I was determined that one day I would drive, and that I would drive a red car. My older brother let me switch on the engine one day. It was our secret. I was only seven, and he told me I must wait another ten years before I could learn to change the gears.

We arrived a few minutes later to Kaka Ibrahim’s house and as we got out of the car, we all realized … he had no shoes on.

Kaka Ibrahim had left his shoes on the side of the road before entering the car. Just as we would all do upon entering a house…