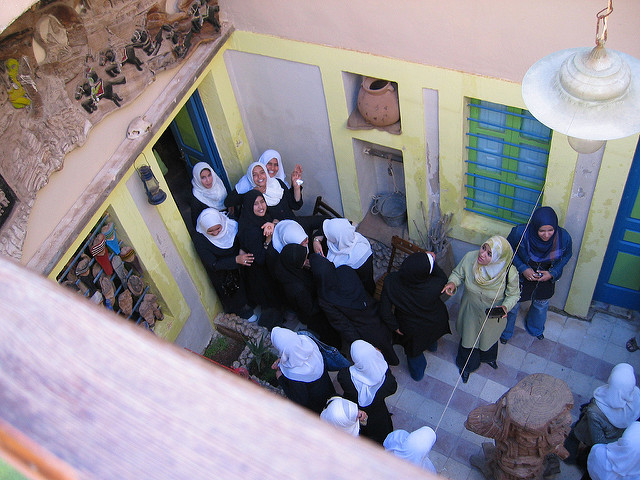 Like most people growing up in Libya, my social circles were restricted. I spent most of my time around relatives or friends of my parents. This was during a period when most of our social interactions took place in our homes.

I didn’t have many role models. I was lucky enough that the oldest of my aunts had had a car from the age of 18. Having a car in itself might not seem like anything to write home about, but in Libya it’s a symbol of independence. My grandfather was a practical man. He was away at work most of the time, so he did what any practical man would do: he taught his eldest child how to drive. She would go on to finish her education and become a teacher. She got married at a young age, which was expected at the time; but she took her car with her. She continued working, and my grandparents helped her out with her children when she became a mother. She didn’t have to choose between one or the other: she made it work.

This story was one of the stories that gave me strength while I was growing up. It taught me that we can succeed, even with the barriers that culture puts in our way. As I grew older, as I faced these barriers again and again, I told my stories to anyone who questioned my ability to be independent. I realised that not everyone had these role models in their own families. The stories were out there – but we didn’t have access to them.

What if we could hear stories of women from all over Libya?

Khadeja is currently an MA student at SOAS University of London. She co-founded Project Silphium, which was launched to create a digital space for Libyan women to share their stories and have their voices heard. She is also a Geophysics Graduate from Imperial College London and worked as a Geophysicist in Libya for 5 years.