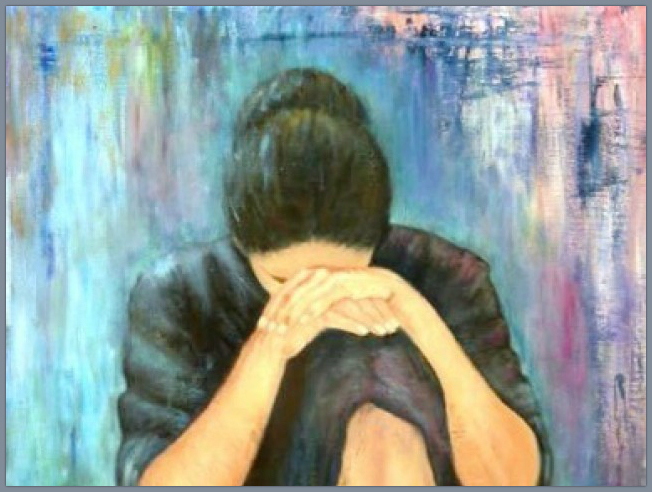 At the hands of my girlfriend

I first came across my ex on an app. She was my first partner. I thought that we had something special, but I was very wrong. It wasn’t long before her true colours were revealed. It first started off with her saying to me that ‘you’re not my type’, she told me, implying that she wanted a trophy girlfriend who looked good on her arm to flatter her vanity. For a very long time I didn’t know where I stood with her. She left me feeling so confused and insecure of what it was that we had. All I knew was that I liked her. As it was my first relationship, I wasn’t sure about what was right, what was wrong, what was acceptable and what was not.

It didn’t start off well. Before I even got to see her when we met for the first time, she spied on me. She had a good look at me and when we met; she didn’t like the way I was dressed as I used to wear checked shirts. She started to walk away from me and was directly saying to me that she was embarrassed to be seen with me. She blatantly checked out other girls and made comments about them, increasing my insecurity. At that time I didn’t know what to do, so I let it slide and just carried on.

When we went to the cinema there was a lot of pressure put on me to make a choice about the movie. I wished we could have made the decision together. Once we had finally gotten the tickets, I knew that she was trying to rid of me – she was asking me to go get some food. I reluctantly went along with it – and she called someone straight away.

She put a lot of pressure on me to make a move, bearing in mind that she knew I hadn’t been with anyone or done anything with anyone at this point in my life. She started saying she was bored and threatened to leave in the middle of the movie. I felt very uncomfortable and embarrassed. I didn’t want to leave alone when people had seen me come in with her.

I was nervous and I was checking my phone. All of a sudden she grabbed my phone from my hand and put her hand straight across my neck, in order to prevent me from getting my phone back. It lasted for a few seconds. I panicked. I had never expected anything like to happen. She downplayed it and carried on as if nothing had happened. It should never have happened in the first place, those were the first few signs that she was very abusive and aggressive. I should have ended what we had there and then.

At the end of that first meeting I was given an ultimatum: if I didn’t change the way I dressed, then our relationship would be over. This left me questioning myself. I didn’t want to change myself for a person. If I did choose to change it would only be for myself. In the end, I changed to a more feminine style.

The way she was treating me caused me to start experiencing anxiety. We continued talking over time and we met again a few months later. The night before we met for the second time was the first time that I have ever had an anxiety attack in my life. It was a very scary experience. I hadn’t experienced anything like it before. I didn’t know what it was that I was experiencing: and it was because of all the pressure she was putting upon me.

She left me waiting for over two hours before she finally arrived. She took her time coming; I was constantly contacting her. She expected me to be OK with that. But I was very upset, angry and frustrated. Who wouldn’t be?

Over time we kept talking. Things weren’t getting any better for me at home. I used to tell her about what was going on and that I wanted to move out. This went on for quite some time. She started emotionally blackmailing me through saying that if I didn’t move then our relationship would be over. I wanted to get out of the abusive situation at home. I was facing honour-based abuse from my mum who couldn’t accept my sexuality. She added to the pressure that I was already going through.

The person that I thought that I meant something to should have been supporting me throughout this traumatic, stressful time in my life; not continuously giving me ultimatums. The biggest weapon that she had against me was that she knew me too well. She knew me inside and out and I didn’t know hardly anything about her. I opened up to her fairly quickly and trusted her: and she used all that against me.

Leaving home was the hardest decision I have ever made in my life. When I did finally leave home it was traumatising in itself. Worse, I didn’t get the emotional support from her that I needed. I was very vulnerable, in a new city where I didn’t know anyone: only her. I clung onto her for dear life. She was all I had. I was too scared of coming back home. I didn’t know how my family would react as I had never left home before and in the South Asian community it would have been seen to be shameful, dishonourable; that a daughter had left home and wasn’t married or anything. I was too scared to go back as I didn’t know what consequences I could be faced with.

The abuse continued over time where it got really violent. She used to kick me, and put her hands on my neck. She would verbally abuse me, financially, sexually; she abused me in every way possible. My mental health deteriorated drastically from the moment I left home. I was having a mental break down every where that I went, anything that reminded me of home or my family made me break down, regardless of where I was. I went through a hell of a lot with her. Over time I decided to go home, as I couldn’t take it anymore. Overtime things did slowly start to improve with my family.

I am a survivor of honour-based abuse and domestic violence; I was raped and sexually abused by her. I am not ashamed of what I went through. I own my story and I want to help others by raising awareness about issues that occur within the LGBT+ community.  Domestic violence can occur in any relationship, regardless of your sexuality, your gender identity, or your relation to that person. I suffered domestic violence at the hands of my ex-girlfriend. Males and females can be both victims and perpetrators of domestic violence and honour-based violence. If me sharing my story with others can help others to get out of an abusive relationship, or spot the signs of an abusive relationship then it has all been worthwhile. Just remember that you are not alone in this and that there is so much help out there. You will get through this just like I did. I have managed to turn my life around, and I want to inspire and empower others so that they can do the same too.

I am very passionate about issues related to the LGBT+ community, honour abuse, domestic violence, forced marriage and mental health. I am very passionate about helping others by sharing my experiences with them so that they know they are not alone in this. I have been there and I know what it is like. It is a challenge in itself to be a minority within a minority but I am using that position to help be the voice for the voiceless.