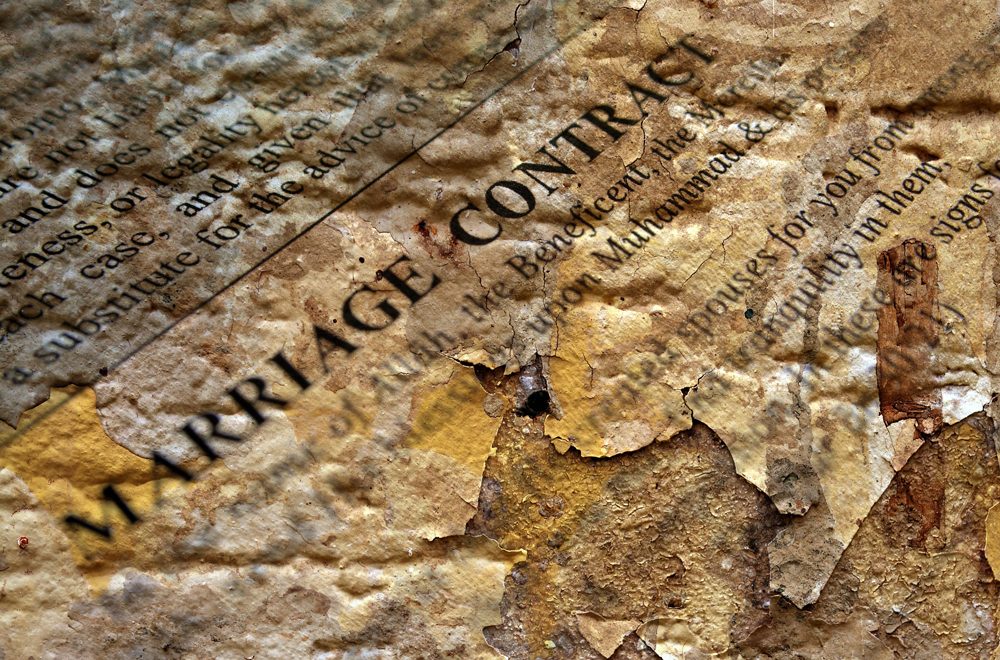 Sharia and “non-marriage” in the UK

Recently, a British court reversed a judgment made two years ago in which the high court ruled that a couple’s Islamic wedding could be legally dissolved. According to the new ruling, British law does not recognize religious weddings and therefore, Islamic marriage has no legal impact in the UK.

British activists for women’s rights fear that this decision will exacerbate the problems of vulnerable Muslim women who are already trapped in unhappy marriages. Pragna Patel, the director of Southall Black Sisters, said, ‘Today’s judgment will force Muslim and other women to turn to sharia ‘courts’ that already cause significant harm to women and children for remedies because they are now locked out of the civil justice system.’

The case concerned a Muslim couple: Nasreen Akhtar and Mohammed Shabaz Khan. They separated in 2016 after Mr Khan expressed his wish to take a second wife. In Islam, men are allowed to have more than one wife so this did not constitute a valid reason for divorce under sharia law. If their proceedings were presented at sharia council, Khan wouldn’t be obliged to pay any alimony to his wife unless she were able to provide an acceptable reason for seeking a divorce under Islamic law.

Later, Mr Khan tried to block his wife’s divorce petition within the British court system, saying that he didn’t owe his wife any money or property because their two-decade relationship was classed as ‘non-marriage’ under British law. This strongly suggests that Khan’s refusal to admit their marital status was due to a wish to avoid paying his wife alimony – including child support. Their marriage was never registered under British law. They only had a religious wedding, despite Ms Akhtar repeatedly expressing her wish to have a civil marriage throughout the relationship.

After the court’s refusal to accept their marital status under British law, the woman’s only recourse has been to approach sharia councils to obtain her divorce. This gives her husband the opportunity to use sharia law to his own advantage. She may be left with no option other than giving up all her claims to financial or child support to buy her freedom.

Sharia council rulings do not form any part of British Law: they exist as a parallel legal system. It is naïve on the part of British authorities to think otherwise. Countless sharia councils are effectively operating across the UK, dealing with aspects of Islamic law, mostly related to family matters. They have no legal standing in Britain. However, it is an open secret that these sharia councils have normalized regressive religious practices, and have failed to respond effectively to domestic violence against women. This parallel system has been dictating the circumstances of women’s lives, defying the fundamental principles of British democracy.

British activists have previously pointed out the pervasive tradition of Muslim men marrying women in solely religious ceremonies, which may grant Muslim men the right to end marriage merely by saying ‘I divorce you’ (talaq) three times. There is no requirement for the husband to provide a valid reason for divorcing his wife, whereas women have to obtain a divorce through the sharia court, which is a laborious procedure.

A woman seeking divorce has to give a reason for seeking divorce which is considered valid under sharia. If she does not have any ‘valid’ grounds for a divorce, she must waive or return her mehr – a financial gift similar to a dowry made by her husband upon marriage, which may be partly or entirely promissory. The husband may obstruct the divorce process with spurious excuses and accusations. Women are left hanging while men are free to remarry and start new families. Some women are pressurized to stay in polygamous or otherwise abusive relationships to avoid being homeless or destitute.

The horrific experiences of these women exposes the bitter reality that sharia councils enable the perpetuation of patriarchal and misogynistic traditions in the name of religious freedom. Women feel bound to accept religious rulings unconditionally, otherwise they may be accused of disobeying divine law. It is a tragedy that British laws that have been developed to protect the rights of women exclude vulnerable Muslim women. They are left at the mercy of a parallel quasi-legal system which denies their dignity and their human rights.

The British Government has already refused recommendations that would formalize sharia councils in Muslim communities. Their report, based on an independent review of sharia councils, stated that banning sharia councils was not ‘viable’ because ‘they were fulfilling an important role’, despite the fact that sharia councils are notorious for exploiting Muslim women.

Gita Sahgal, a well-known British feminist and human rights activist, said that research conducted by the campaign group One Law for All revealed that the influence of sharia ‘courts’ was increasing due to a collapse in civil marriage. ‘Women are trapped in a legal limbo, unable to divorce, and unable to remarry,’ she added. ‘We believe all marriages must be registered, but we do not support this judgment. The government, which has failed to act against sharia councils, is now threatening to send women back to them by closing off this remedy.’

Most British Muslims tie the knot with an Islamic ceremony, the nikah, without a civil ceremony. An estimated 70-75% of Muslim marriages in the UK are not registered under the Marriage Act. Christian and Jewish marriages, on the other hand, are registered automatically. Mosques have been authorized to register to conduct civil weddings, but only a few have chosen to do so. Therefore many women’s marriages are unregistered and they have no rights after the marriage dissolves.

Religious fundamentalists masquerade as ‘guardians of faith’, and dictate women’s lives in the name of religious obligations without facing much resistance from within or outside the communities. People who try to call out religious misogyny are shunned and accused of inciting hatred against Muslims, and labelled ‘Islamophobes’.

In 2006, prominent British female Islamic scholar, Khola Hasan said, ‘The problem is that whenever Sharia councils are in the news, the attack is not just focused on the councils, there is always an attack on Islam.’ She also argued that polygamy should be recognised by British law, viewing it as a ‘solution to many complex and difficult situations.’ Polygamy, in fact, legitimises men’s exploitation of women.

Evidently, many Muslim men prefer to have a religious wedding and refuse to have a civil ceremony. They take all of the cultural and spiritual benefits of marriage with none of the attendant legal obligations. Women are bullied out of their rights through a pressure to have religious-only marriages in which her husband is free to unilaterally end the relationship, to take another wife without her consent, to take child custody and to avoid paying child support.

The apathetic attitude on the part of the authorities has allowed sharia councils to manifest their institutional misogyny, causing deep distress to women who are already under duress. This relegates Muslim women to faith-based parallel legal systems with little respect for women’s rights.

There should therefore be a requirement for all faith groups to register their marriages. This would mean that Muslims must register religious ceremonies under civil law, which is the practice in Muslim-majority countries. The long-standing problems caused by Sharia councils as parallel legal entities must be forcefully addressed in policy. The position that British law doesn’t recognize religious weddings evades its social responsibility to protect vulnerable women in Britain. This decision will further embolden fundamentalists who will continue to oppress women with impunity and without any challenges. We should never forget that appeasing religious fundamentalists is the thin end of the wedge, and will lead to escalating demands for further compromises.

Laws based on secular values and underpinned by human rights are equally applicable to all citizens – without discrimination. Religious arbitration of any kind should never be enforced or imposed as if it were the law of the land. All marriages – including faith-based marriages – should be registered under the law so that the rights of the most vulnerable may be protected.