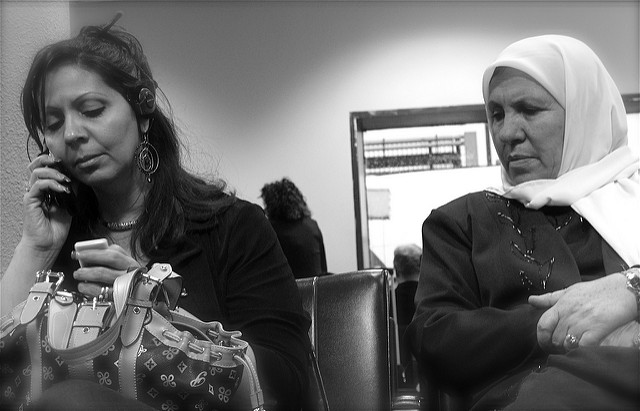 As I sit here, reflecting on the society we roam around in and what makes it tick, my thoughts keep coming back to one thing: as creatures who cannot function without interaction with others, the impact of the ‘other’ on our lives is impossible to ignore.

My mother, who was born and raised in Pakistan, was always very blunt and ‘honest’ when dealing out her truths to us as teenagers and as adults. Her reasoning was that her children were too sensitive because they had been raised in the UK, adjacent to its culture. For a while I agreed with her; I seemed to have adopted this practice myself. It was only as I was writing this that I realised that being ‘honest’ and ‘telling the truth’ can be a very grey area. As the saying goes ‘one man’s truth is another man’s bias’.

Secondly, what compels us to tell others how to live their lives? Honesty – if it is constructive – has its benefits, but from my observations there is a type of person that dishes it out uninvited, as opposed to those who offer it when requested.

There’s a strange contradiction in our society: people complain that we care so much about what others think about us, and then claim these others have no real impact on our lives. In Pakistani society however, what others say about us absolutely does have an impact on our lives. The things they say might be inaccurate, but once a narrative is built around a person, that person cannot escape it. The narrative has repercussions – socially, personally and even professionally. These repercussions are not always limited to the individual. They can impact the extended family, and even the following generations.

We present ourselves as torchbearers of the truth, but when an injustice is carried out, we are told to ‘let it go’, even if it’s against us, or we are told ‘don’t say anything because it might cause embarrassment to the perpetrator’ or ‘don’t overreact’.

Where are our truth-telling morals then? We sit around with people who are corrupt, and people we know have done things that are wrong. Why does our honesty fail us?

This is not an article which states any rights or wrongs, but until we can look at our hypocrisy, how do we honestly intend to create a healthier environment for the future, and for our children? These are the questions we should be asking ourselves. Are we carrying these negative aspects of our culture forward? This culture where we target intellectual and progressive people? Will the 21st century be remembered as the time when the bullied and decent folks said ‘No more’? As long as we feel the need to look the part rather than act the part this toxic mentality will continue. Those who question it will be shouted down, and those who are inactive will be riddled with doubt.

Maha Makhdum is the host of Pakistan's only morning show in English 'World This Morning', catered for both a national and international audience. Maha holds a BSc in Psychology and MA in Global Affairs. Is a social activist and analyst working on all, but focusing on Women's issues.