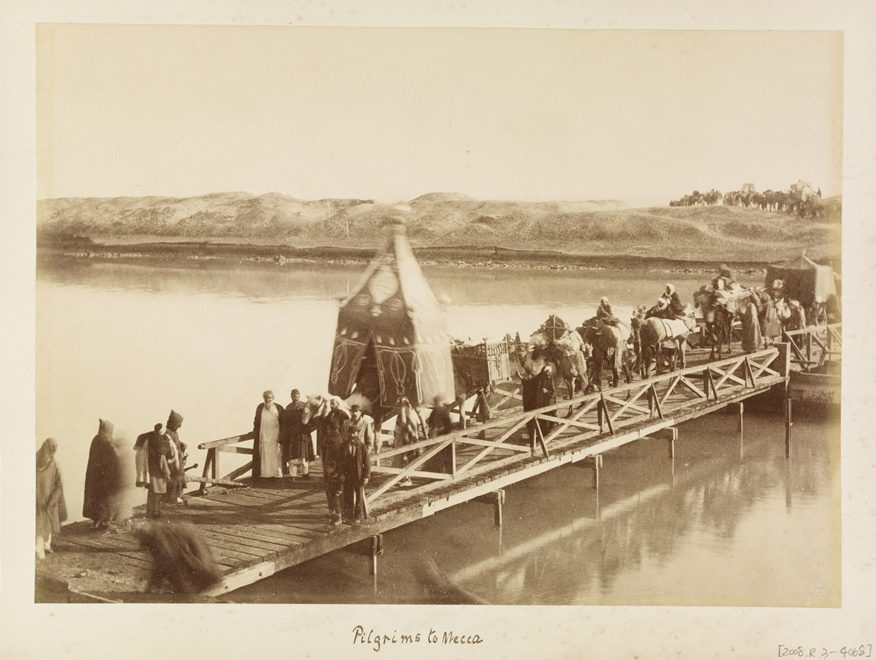 Why I am boycotting Hajj

Since we are in the month of Hajj, it feels like the right time to talk about this spiritual journey, which is an obligation for all Muslims able to carry it out. I have family all around me that have made this pilgrimage to Mecca. Just a few weeks ago, I attended a farewell dinner organised by the local community for those who were going for Hajj. Sitting amongst family and friends, I listened to a local Imam’s lecture. He made strong statements about the importance of going for Hajj, encouraging the men to be committed to the journey, threatening them that if they were to die without having performed it, they would die ‘as a Jew or a Christian’, and would burn in hell. I found this extremely uncomfortable to listen to. I couldn’t believe that he was saying such things openly. But, as he continued, it became apparent that underlying his persuasion upon men was the wish to ensure that the women could also go for Hajj. It was a stark reminder of the fact that as a woman, I am not permitted to go on a pilgrimage, or to visit the holy sites, or to perform an obligatory act of worship, on my own. I must be accompanied by a mahram, that is, a male guardian. As I’m not married, this role must be fulfilled by a male that I cannot marry; my father, brother, uncle and so forth. This so-called ruling is restrictive and extremely patriarchal.

I can understand that, at the time that Hajj was first stipulated, pilgrims had to travel from what were then long distances, travelling for weeks and months by camel, on horseback and even on foot. The desert must have been a dangerous place, with the very real possibility of looters and brigands lying in wait for travellers. This would have been no place for a woman to travel unaccompanied. It would have made sense for her to travel with someone who could offer protection and security: a guardian. In line with the cultural norms of the time, this guardian would have been either her husband, or a member of her immediate family. The problem is, that the advice might have been good for its time, but has somehow become enshrined in ‘law’ forever. I personally do not believe that this practice has any place in modern society. We are today very far away from the difficulties and dangers faced in the 7th century. I am now able to travel in great comfort and security. If I wish, I can fly business class, be chauffeur driven in an air-conditioned taxi, and even stay in luxury five-star accommodation at the foot of the Grand Mosque. Social norms are now very different; society has developed a great deal over the last 1400 years. Surely this negates the ‘need’ to have a male guardian with me? Besides, what exactly will he be guarding me against?

I would like to add that I am quite capable of looking after myself, but I’m immediately reminded of the hadith in which it is reported that the Prophet Muhammad said, ‘No woman should travel except with a mahram.’ The hadith continues to say that a man stood up and said, ‘O Messenger of Allah, my wife has set out for Hajj, and I have signed up for a military campaign.’ To which the Prophet replied: ‘Go and do Hajj with your wife.’ This is one of the hadiths that is used to strengthen the argument that women cannot go for Hajj alone. Again, I believe this was nothing more than advice for its time, which was never intended to become a permanent rule of law. Scholars and Imams always speak about context. Context is often used to explain away violence in Islamic history, but it seems that context is only applied when it suits the purposes of traditionalists and apologists.  They are adamant that this hadith on Hajj still holds relevance today. But I find this a clear breach of my human rights as a woman.

It is no overstatement to say that I am quite frankly disgusted at this barefaced patriarchy, presented to me in the guise of ‘protection.’  The very idea that I must have a (male) guardian with me for Hajj gives men automatic power and authority over me. It is nothing short of demeaning. It subconsciously forces women into a submissive position, where we are unable to be independent and strong-willed, where we require permission for everything that we do. We must live in the shadows of men. Without them, we cannot accomplish anything. Without them, our faith and worship is unworthy. It is this very patriarchy that leads young men to grow up with the idea that they are better than women, that they are in charge of women, that they can tell us what to do, and that we must obey them. This filters into many other aspects of life and strengthens the notion that as women, we should do as we’re told. Generations of this male dominance have become enshrined in Muslim society, so much so that many Muslim women don’t even question it, and just accept that they must be answerable to men. It worries me that young Muslim girls are growing up being indirectly taught that they are to be governed by men, and that they must always be under the guardianship and control of a man, be that a father, a brother or a husband. The cycle continues as these archaic ideas are fed to new generations.

Men must realise that we are much, much more than possessions. We are equals, with intellect, independence and ability. We do not require the permission of men to go about our business, and neither are we answerable to them. We must stand up against male dominance and the policing of our every move. We must push for change and the recognition of us as their equals. We will no longer tolerate being made to stand behind men. We wish to stand side by side with them. We must challenge those that make it an article of their faith to take away our rights to equality and independence and freedom; rights, which every human being should be allowed to enjoy.

I have recently seen that there has been a trend on social media to boycott Hajj in protest of Saudi foreign and domestic policies using the hashtag #boycotthajj. It is heart-warming to see that some Muslims are using their position to bring about awareness, and to challenge the monopoly that men have in Muslim society. It is truly remarkable that people feel passionately about this and are making their stand loud and clear. I for one want the choice to be able to go for Hajj when I want, with whom I want, without having to take with me a mahram. And until Muslim society accepts that women can go for Hajj without a guardian, and until women are allowed to drive in Saudi, I will certainly not be going for Hajj.