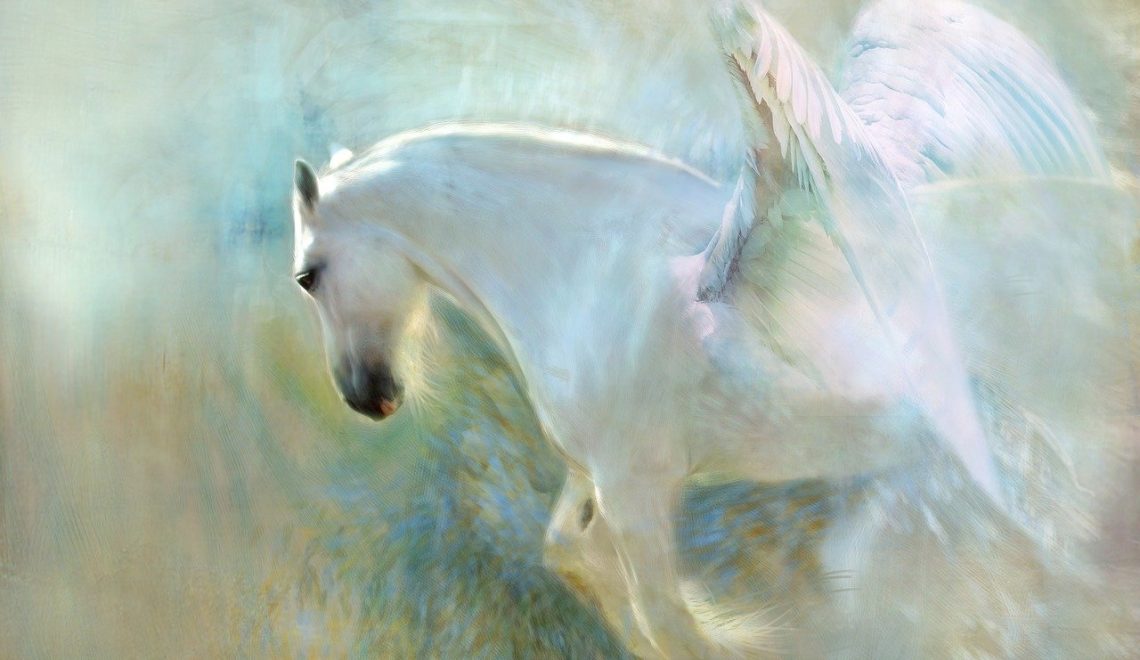 back existed on different soil

was never about a body’s movement.

Migration is my inheritance.

Isra. To speak of the first metaphorical migration.

The Prophet Muhammad travelled from Makkah

to Jerusalem on a white winged horse. Buraq

flies a man to lead a lineage of prophets

I would like to kneel in Masjid-al-Aqsa, at the mosque

where the last prophet went, touch

forehead to courtyard dust. Too bad

my passport prohibits me.

Did the Prophet’s body leave Makkah?

Did mine ever exist in Karachi?

A piece of paper stops me nonetheless.

If we place a microscope on Mount Arafat

upon body, every body

since Adam and Hawa found each other

in the dust storm called Makkah

The Prophet led the last prayers

of his life there in the company of his companions

and every single person born since the first man.

Every body stayed. Only rooh wanders.

Call it soul or spirit or any other English word

The self resurrects into a form that is not the body

because the body has never existed.

rooh can walk but it can’t fly.

not in English not in Arabic not in Urdu

nor any human language

do we have a word that is the opposite of body.

We call it rooh. This is inaccurate.

Suleman’s temple did not really ever exist.

It was never truly destroyed.

al-Aqsa has always been a stretch of desert and ice

brick. Claims to sand and water are tenuous too.

People made of clay and blood

root themselves, uproot others. Whatever people are, they

To lay down my self there

the same as laying it down where my feet currently touch.

This doesn’t explain the paper prohibiting my body

from crossing the threshold.

The Prophet is ready to accept fifty prayers a day.

Fifty sets of movement, of aligning

our bodies with each axis of tangible and intangible world.

Everyone is handsome in their bodilessness.

to replace the water molecules in my bloodstream

If all I am is rooh, this is not an issue.

I worry about where I am now and let

my ancestors worry about where we were.

I can’t reach some of my ancestors.

Buraq does not care about human walls.

He flies me there.

on Mount Arafat. After the fall, when the only thing left

was love. After every

Manahil Bandukwala is a Pakistani writer and artist currently based in Ottawa. She is the author of two chapbooks, Paper Doll (2019) and Pipe Rose (2018). She is on the editorial team of Canthius, a feminist literary magazine. She was longlisted for the 2019 CBC Poetry Prize, was the 2019 winner of Room magazine’s Emerging Writer Award. Her most recent project is Reth aur Reghistan, a sculptural and literary interpretation of folktales from Pakistan. See more at sculpturalstorytelling.com.