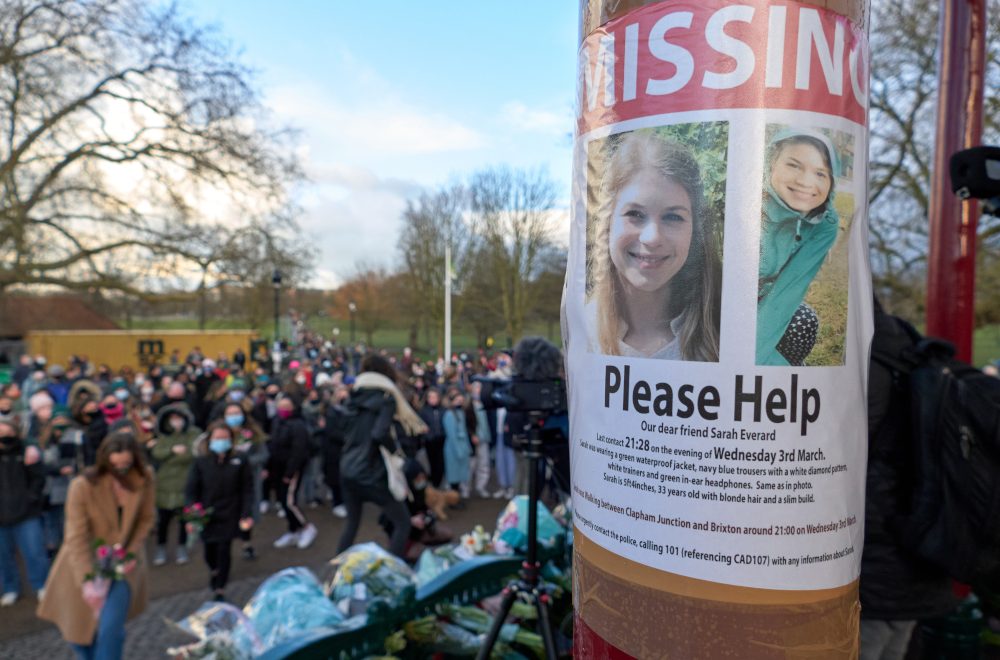 The predator and the police

I still remember the day like it was yesterday. My mother had been diagnosed with late stage cancer. I was feeling utterly disillusioned with the world. I asked my husband to drive us to an isolated beach, somewhere far away from the city. I wanted to stand in front of water as a way to process the news. We picked a gorgeous, isolated site, far away from the concrete jungle. We set up a picnic blanket with food and books. My husband went for a swim far out into the lake; I stayed back on shore, dipping my feet in the cool water. For a split second, I felt a semblance of inner peace.

While nudity is allowed on select beaches of Toronto, it is prohibited at this particular site. Suddenly, the hair on the back of my neck prickled. I had company. I turned around and a naked man was approaching me in the water, his genitalia exposed, and erect.

He looked right at me, with cold, steely, blue eyes that I will never forget, and said, ‘You are so beautiful.’

My body went into freeze mode. I couldn’t move.

Emboldened by my silence, the predator then proceeded to ask me to touch his privates, while inching closer and closer to me.

‘Can you touch my dick?’

My body snapped out of freeze mode, immediately transitioning into fight. I began splashing the water with my hands, as if trying to scare an aquatic predator away. I yelled ‘No!’ over and over again, my vocal chords strained with fear. He began to retreat backward, his eyes fixated on me, a sinister smile on his face, taking pleasure in making me uncomfortable and afraid. Even though my husband was swimming in the vicinity, I did not scream out to him for help.

I thought to myself, what if I were here alone, at the mercy of a sexual predator; a man perpetrating indecent acts? What would I do then, with no one to scream for, or call out to? How would I protect myself? I couldn’t stop thinking about the women and girls that explore this planet unaccompanied, on foot or on bike. Toronto Police reports show complaints about predators and flashers committing Indecent Acts on our beaches, trails, in our forests and national parks.

With that in mind, I called the police to file a report. The first question the officer asked was, ‘Why didn’t you call at the time of the incident?’

I was stunned. That’s their first question when I’m calling for help? Are we expected to have our phones on us at all times, so that we can call for help at the exact moment that a crime is taking place? I retorted that Toronto Police wasn’t facilitating a non-judgmental environment to file a report. The officer adjusted her tone and asked a more appropriate question: ‘Are you OK, ma’am?’

This should be the first and primary question, which should be asked with compassion and concern when any woman or girl calls the police to file a report.

Filing a report for any woman is an intimidating experience, let alone a coloured woman who is aware of the historical and systemic racism that minority women face in North America. My case was elevated to priority. Two police officers were sent to my home to record a description of the perpetrator. During the meeting, one of the cops advised me not to visit trails and beaches in Scarborough any more. I was expected to erase myself from public space. Why wasn’t catching the predator a priority? Why was I being asked not to return to that beach?

It has been two years since the incident with the predator on the beach. Last year, after the COVID curve was flattened in Ontario, I took baby steps back out into the public world by embarking on a long hike near Lake Ontario.

To my horror, the same man appeared before me. He passed me by on foot, and my entire body froze for a split second, before breaking out in goosebumps. The body remembers trauma. He looked at me in recognition.

I did not pursue him, even though I wanted to. He had a backpack on him. He could have been armed. Suddenly, he began to shout ‘I didn’t do anything!’ He jumped off the trail, disappearing into the dense trees. I did not follow him. Instead, I let out a loud, echoing, deafening scream: ‘You can run, but you can’t hide. I will catch you!’

I called Toronto Police right away to inform them that I had seen the predator. I waited for two hours, but no one showed up to help. I called again. This time they instructed I go home and wait for officers to visit me. I didn’t understand. The man was within our reach, hiding in the bushes. He was right there. How many women and girls had he harassed over the past two years? He was confidently roaming the trails without an ounce of fear or accountability. What if he escalated? What if he physically harmed unsuspecting women and girls? Shouldn’t we catch him while we had him in plain view?

The police showed up hours later, took another statement and left. I had even captured a photograph of the man as he was running away. His back, cap, backpack, clothing and build were in clear view. I requested Toronto Police to tweet the photo out so as to warn others. They neither released the photograph, nor did they issue any warnings in the neighbourhood. Sadly, they never followed up with me. In our last interaction, I was informed that the officer pursuing my case had been transferred. No one has contacted me since. There are similar complaints to mine from multiple trails and beaches in Ontario.

Public spaces are not safe for women and girls, whether in Canada, my home country Pakistan, or any other country in the world. Our safety is not a guarantee. Our safety is constantly negotiated and strategized. We negotiate this safety in Uber and taxi rides, on public transportation, when walking home unaccompanied, in the workplace, within the education system, at women’s marches, and even within the supposed safety of the domestic sphere. Law enforcement is trained to serve and protect us, and yet we exceedingly keep seeing those in authority abuse their power and privilege.

In my personal interactions with Toronto Police when I was following up the incident on the beach, their officer responded :

’Women and members of any minority community have nothing to fear from Toronto Police officers unless they are involved in criminal activity. Every officer I know, at their core, joined this job to arrest bad guys and protect the community.’

yet, this March, which ironically also happens to be Women’s History Month, a Toronto cop has been suspended with pay for committing an Indecent Act outside of his vehicle in front of a girl. The police are not releasing the age of the girl. This very same month, in the United Kingdom, the remains of Sarah Everard’s have been found. A serving police officer has been arrested on suspicion of Sarah’s kidnapping and murder. The suspect had previously been arrested over an entirely separate act of Indecent Exposure. Back in February of this year, a screening officer trained by the Public Health Agency of Canada was charged and suspended for sexually assaulting a woman under quarantine, in her home. A young woman attending the vigil to commemorate Sarah Everard was accosted by a flasher at the event. She reported this to the police in attendance at the vigil, but they took no action. She said a male police officer said ‘I’m not dealing with this.’

It is high time that the police started to deal with sexually predatory men. The cost, in terms of women’s freedoms, and in some cases our lives, is far too high.