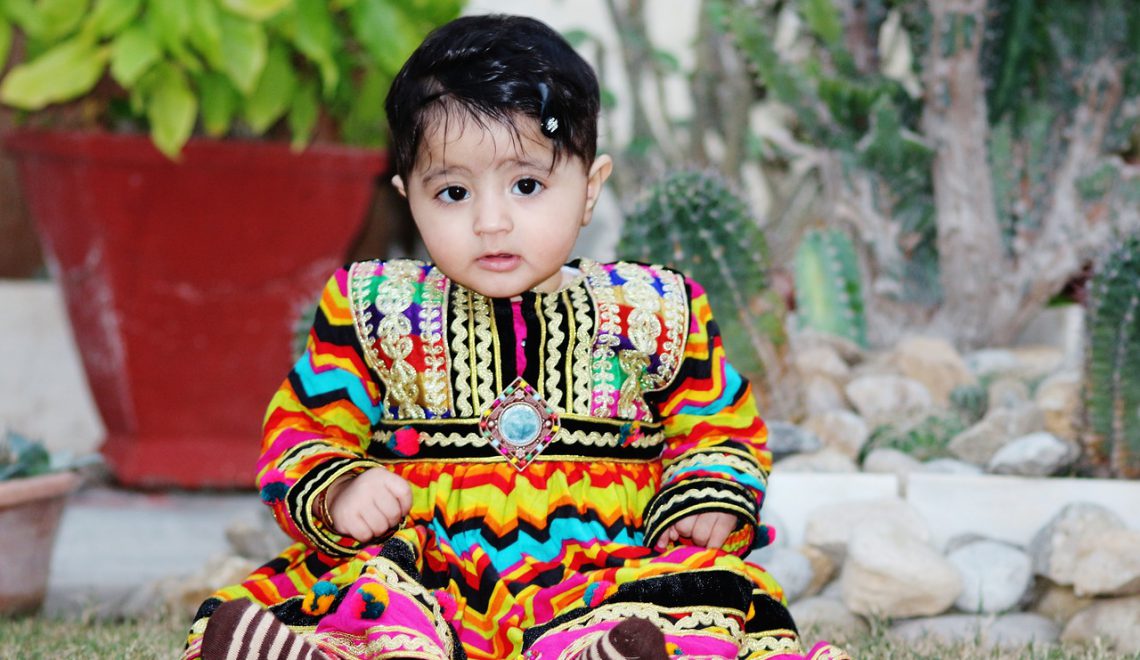 What Ancestry tests really tell us

I am a British Pakistani, born in London. Both my mother and father were born in Lahore, Pakistan. I can’t speak my mother tongue and I know little to nothing about my ethnic culture. What can I say? They didn’t bring it with them when they came. As I got older, I became curious about who I was, what my parents grandparents were like, how they survived partition, what led them here and what – and who – is running through my veins.

I was excited to get confirmation on things I had wondered about my whole life. My skin is kinda fair; my eyes green or amber depending on the light. My mother has traditionally Indian looks – deep bronze skin, large brown eyes, lashes to match, and wild ringlets falling around her face in the rare moments when she hasn’t straightened them. My father has small brown eyes, framed by dark circles (which, judging by everyone on his side of the family, is certainly a genetic trait – great) that contrast so with his pale complexion. When we are sick or tired, we both go as pale as a sheet. When my mother used to take me out, people would look at me and assume her husband was of European heritage.

The older I got, the more curious I was about my genetic make-up. People have insinuated in conversation that there had to be European heritage in my blood – where else would I get my eyes from? I was told this so many times I was almost ready to believe that only European people could have eyes that were blue, green, hazel, grey, amber.

This year I was lucky enough to get to try not one, but two DNA tests – one with Ancestry DNA and another with 23andMe. So, after spitting a lot into two little tubes, I sent my saliva off in their packets and waited a couple of months…

The results said I am… *drumroll* – 95% Southern Asian. No shit Sherlock. What does South Asian include exactly? Allow Ancestry DNA to elaborate.

This list is so broad as to be useless. They just expanded on what South Asia is, in case you were unsure.

Our Asia South region reaches from the modern-day nation of Afghanistan through India to Bangladesh and is home to approximately 20 percent of the world’s population. The mighty mountain ranges of the Himalaya, Hindu Kush and Karakoram were formed here around 75 million years ago when the floating Indian tectonic plate smashed into southern Asia, giving birth to the world’s tallest mountains peaks. These include Mount Everest, known to the Nepalese as ‘Sagarmatha.’

Reading that back, I admit I did find it interesting – but it wasn’t information personal to me.

The other 5% said I was from Western and Central India. They describe that region:

Our Gujarat region includes the Kathiawar Peninsula and stretches eastward into modern-day Rajasthan, Maharashtra, and Madhya Pradesh. It is a land of both seaports and deserts, with a history that stretches back to the ancient Indus Valley Civilization. Empires have come and gone, but for centuries, its people have been fabled traders and merchants, and their keen sense for business has spread their descendants throughout much of India and the wider world.

Alongside this information, they provide you with a list of people who shared my DNA – I had 38 4-6th cousins, to be exact. I didn’t bother contacting any of them – what was I meant to say? ‘Hey, we have the same great-great-great grandparent!’ I don’t even know the names of my great grandparents.

So, being provided a list of my fourth cousins and being told that I am broadly South Asian cost me £79.

My results were: 98.8% Broadly South Asian. They added:

We predict you had ancestors that lived in Pakistan within the last 200 years.

I sighed for around five minutes. They had a small break down of what their definition of ‘broadly South Asian’ meant for me personally – It looked like this.

I didn’t know what that meant, given that Pakistan and Afghanistan both have a match strength of five as opposed to India for example, where I have three dots out of five. They don’t elaborate.

According to 23andMe, I’m also 1.0% Western Asian and/or North African. Their description of this is:

From the Caucasus to Iran, western Asia is an important crossroads in the human migration out of Africa, and the genetics of this region reflect that role.

They were unable to pin down what country my ancestors came from, but could tell me they were alive from around 1720 to 1840. That’s pretty cool.

There is a wide range of human diversity out there, and sometimes our algorithm can’t pinpoint a region of your DNA to a specific population. Bear with us as our data and resources continue to expand. We expect the amount of unassigned ancestry our customers see to decrease.

So, I had two DNA tests that told me slightly different things. Ultimately I was disappointed with how little I learned, although I don’t know what I expected. A ‘broad’ perspective was not enough to satisfy me. In fact, I think it’s really not right that they don’t inform you of how vague your results can be if you are of a certain ethnicity before you pay for the service.

23andMe also cost £79, although you can pay £149 to also access health reports. If I had to choose, I would chose 23andMe – apart from DNA results you find out your maternal haplogroup (mine is W, wbu?), which pinpoints where your maternal ancestors came from over 150,000 years ago. Reading about this was fascinating – it allowed me to envision my ancestors trying to cross the Red Sea from Africa, battling over Bab-el-Mandeb to make it to the Arabian Peninsula before eventually entering present-day Pakistan at the end of the Ice Age to survive in a warmer climate. 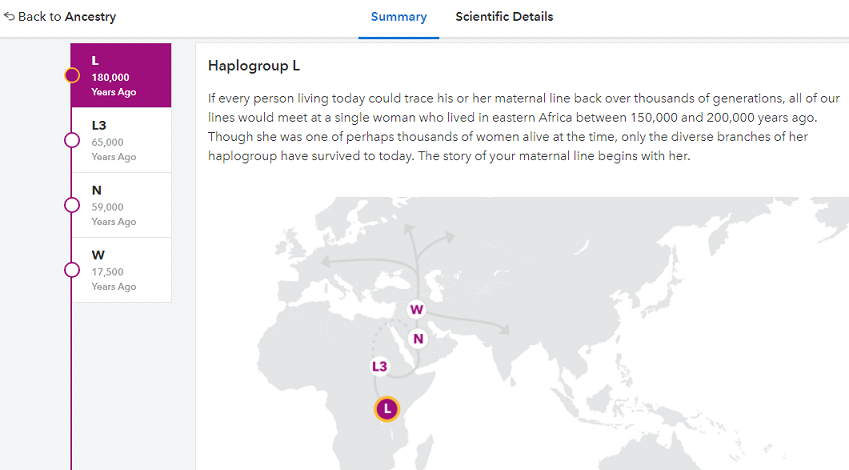 If you are male you will also get your paternal haplogroup – but since women don’t get the ‘Y’ chromosome from our fathers (‘Y’ OH WHY indeed) it means women can’t access this – unless you get your brother or father to do the test. 23AndMe goes on to tell you about your Neanderthal history, which is also vague, but mildly interesting (look, I’m grasping at straws here). It also provides you with some information on your DNA relatives, as does Ancestry DNA.

My conclusion is that if you are not European, these tests are probably not worth the money. Who wants to pay a large amount of money to be told what you already know?

In my opinion, I gained more understanding of my heritage through speaking to my grandparents and hearing their stories. I asked them so much about where they were born I can still visualize it when I close my eyes.

Speak to any living relatives you can. Ask your parents what their childhoods were like. Ask where their names came from. My father’s name means ‘Landlord’ in Persian. My mother’s name is a Sanskrit word that means ‘the Sun’. I spoke to my grandmother recently, and she told me about when she arrived in England in 1964. My granddad insisted she went out alone to gain independence. She ended up in the chemist’s, searching for bread. She still laughs at how little she knew. She still has a sparkle in her eye when she talks about her youth in Pakistan. I never feel more connected to my heritage when I am having these conversations – they’re priceless.

That being said, one certainty came out of my DNA test – the origin of my eye colour is 100% Asian, baby. 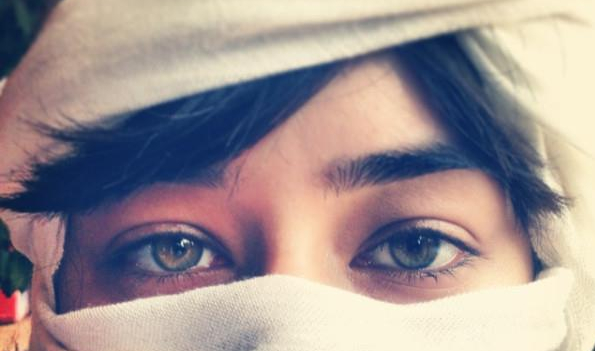 Me, about to ride a camel in Morocco lol.