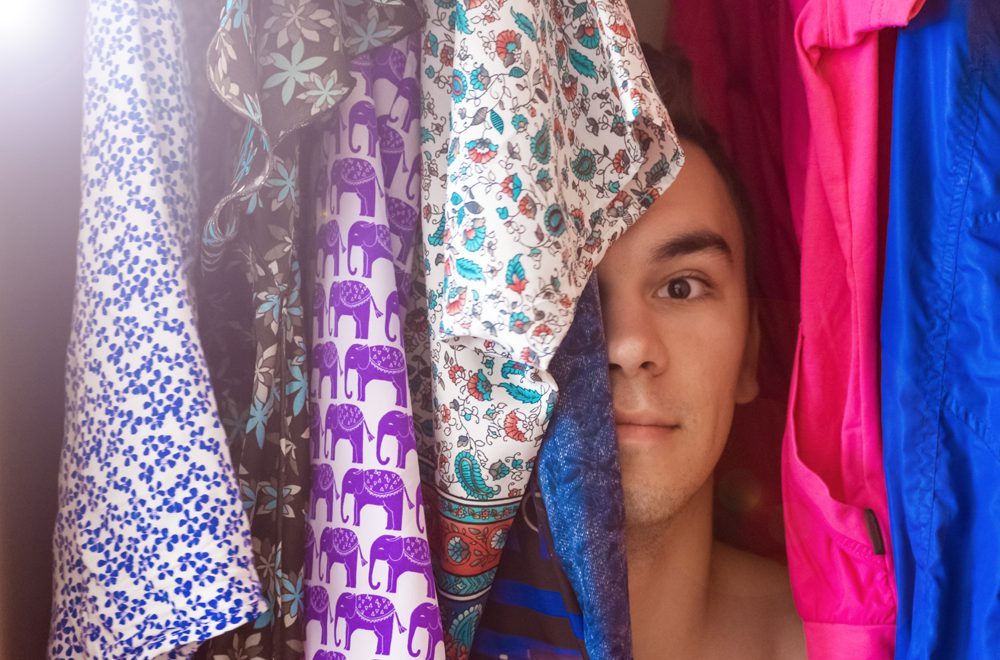 The boy in my room

As a Pakistani woman, I have only ever brought one man to my house to meet my father. It was because I thought he might be the one I would marry. It turned out he was a jerk, so we didn’t get married, and my parents would never meet any of my boyfriends again – at least, not officially.

It’s tough being young and in love, but it’s even tougher being young, in love, and from a Muslim and/or South Asian background. There isn’t much empathy for people who fall in love with someone who hasn’t been ‘approved’ by the family, or for those who choose to act upon their desires and date, for example, as if it were desire itself which people weren’t supposed to feel.

The suppression of sexuality is rife in these communities when it comes to women. In many households, the association of sex with shame is engrained into women, or sex is simply not spoken about. So of course, when you grow up and start dating for the first time, the idea of telling your parents can feel scary – in some cases, impossible. For this reason and others, my girl Chaz and I started a podcast called Spilling My Chai.

The podcast is a platform for us to find the courage to talk about things we have been brainwashed to believe are shameful: from sex, to struggling with depression, to dealing with the resentment you can feel after a lifetime of having your wants and desires suppressed in order to be seen as a ‘respectable’ woman in the community.

In a recent podcast, me and my friends relived times when our parents caught us with a boy, how we dealt with it, how mortifying it was, and the scars we have as a result.

Here’s a teaser of our tales. Let us know if you relate…

My boyfriend looked at me with large eyes, pupils dilated. ‘I’ve been waiting forever to get you alone’, he smiled, his teeth bared. I grinned back. Butterflies burst into flight in my stomach as I crashed backwards onto the bed, this big beast of a man looming over me as we went in for an embrace. It was then that I heard a key push into the front door. Did I mention I was at my grandparents’ house? They’d gone to Pakistan, so me and my boyfriend had thought we could steal some precious time alone together. My heart began to thud as the sound of the metal key slowly unbound the lock, easing the door open.

‘You need to leave!’ I whispered/wailed. My brain had gone completely into panic mode. I had no idea who had entered the house, but I knew I could not be caught together with a boy. My brain was buzzing at a high pitch; my thought process clouded by frantic white noise. So, I convinced my boyfriend to climb out of the first-floor window. It wasn’t that high. I thought he could jump out and land in one piece if he jumped well. It turned out that he couldn’t. He jumped, and all I heard was an echoing cry down the street as his back hit the pavement, cracking his bones.

Chaz’s father walked into her bedroom and saw her boyfriend sitting on the bed, with his fists clenched ready to fight rather than attempt a flight out of the window. She swore she almost saw her life flash before her eyes. She did not want her father, sturdy and over 6 foot tall, fighting her man. She never wanted this to happen. She just wanted to show her boyfriend where she lived, what her bedroom was like, to make him feel a part of her world, as much as she was of his. But she was an Indian girl, with an Indian father, and this had been a bad idea.

Her dad had come home from a work trip unexpectedly, crashing through the door with his suitcase before she’d had a chance to get her boyfriend out the house. She’d locked her bedroom door as casually as she could, but this had been a mistake, because this made it all the more obvious that she had something to hide. He came in with no invitation; something he had never done previously. ‘Get out’, her dad said to her boyfriend calmly. But Chaz knew a storm was brewing behind the calm façade. She didn’t need to be told twice, and escorted her boyfriend the hell out of there.

As Shetal tumbled down a flight of stairs, she recalled being grateful it at least had carpet, or otherwise this fall would have been much more painful. Not that she would have felt it anyway, at least not until later, when the shock had eased. At that time, she was too focused on making it to the front door. Shetal had gone to see her boyfriend one afternoon at his family’s house. His parents were out and this wasn’t her first time coming over, so she was pretty relaxed… Until out of the blue, his mother came home.

Her boyfriend completely freaked out. She’d never seen him this way, but she didn’t blame him. When her boyfriend’s mum went into her own bedroom, her boyfriend had thrown himself against the bedroom door, essentially barricading his own mother in her bedroom, hissing ‘leavvvve!’ Shetal had no shoes on, but there was no time to waste. Launching herself at the stairs, she went tumbling down them, slamming the front door behind her and running out into the street in her socks and with no car key. It was raining, and through her shock, Shetal felt her socks soak up the water as she wondered where the hell her boyfriend was with her car key. She wondered what was happening in the house now that she’d left. She hoped he was okay…

Hear the full stories – and how they turned out here: