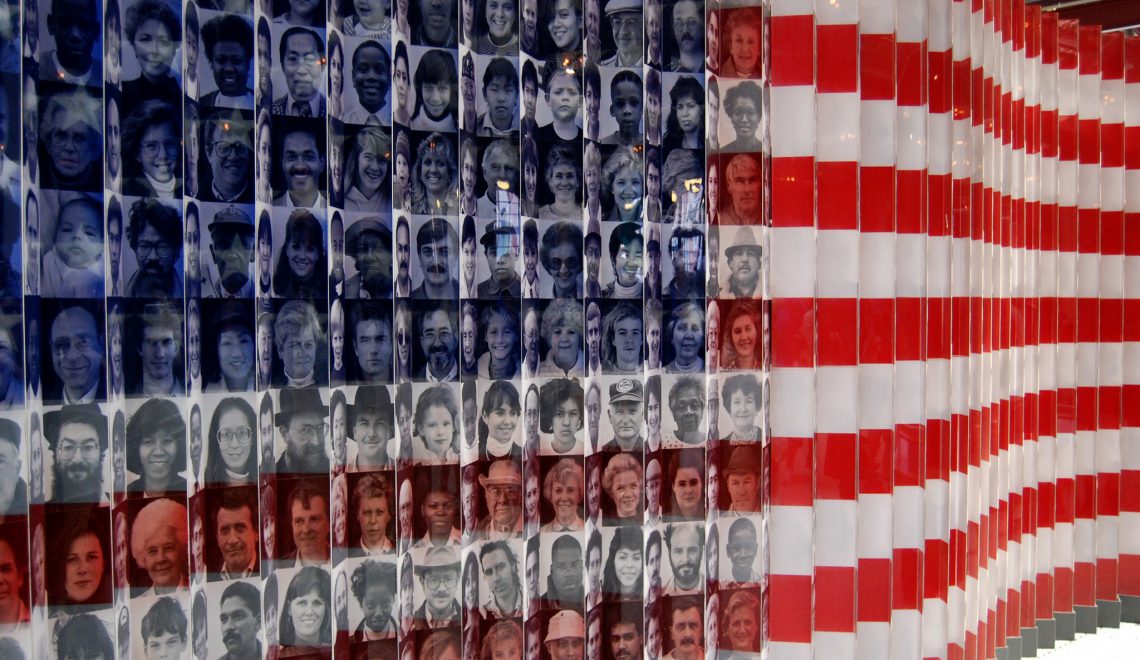 To be an immigrant is still to be human

Being an immigrant has at times been scary, largely because being different can be scary. To be an immigrant is to be foreign, and to be foreign is to be different. One Akkadian word for “foreign” is nakrum, the same adjective used to mean “strange” and even ‘enemy.’ In the ancient world, being foreign could also mean being strange, possibly even hostile, and based on recent social and political trends, for some people not too much has changed since 2000 BC.

I began my route to immigrant-hood as an international student. When I moved to the US to attend high school, I already knew the language and, having attended an American school in Riyadh, was familiar with the culture. I prided myself on my flawless American accent, I knew by heart the lyrics to most Tupac songs, and I wore the latest Nike shoes. Yet, I was about as American as hummus.

In the first conversation I had at my new school, I had to explain that Saudi Arabia was a separate country. One person actually asked if I commuted every day. After I clarified that Saudi Arabia was a 16-hour flight away in the Middle East, the inevitable questions about camels and flying carpets started. Revisiting an old journal entry about my first weeks in high school, I found this:

The building’s tall green doors were open, and girls’ voices coming from within sounded like an orchestra before rehearsal, an assault of out-of-tune noise. Violinists pluck strings and then play chords to double-check. Flautist blow high-pitched notes, clarinettists fill the space with scales. The conductor sifts through paper after paper of note after note, deaf to the tuning instruments. Cacophony. Chaos. Conversation. I hovered near the entrance. I wanted to stay outside. I knew I didn’t fit in. I wondered if they noticed. I didn’t know how to hide without an abaya.

Granted, this brief foray into foreignness is fraught with adolescent angst, but the point is that I knew I was different. I felt like a caricature, the archetypal foreigner from a land so far away that no one had even heard of it.

One of the most difficult parts about being foreign was the expectation that I should integrate and adapt. I am still finding ways to do so without compromising my identity and forgetting my history. Over time, I’ve learned that many differences are cosmetic and that I share far more similarities than differences with the many people I encounter. We find common threads in food, family, music, love.

Being an immigrant is in many ways a process. A becoming, rather than a being.

Fears and foreignness aside, being and becoming an immigrant can be a privilege.

Every immigrant has a different story. For me, being an immigrant meant, among other things, that I could control my fate and make the daily choices that would come to define my life. Annie Dillard put why this is important beautifully: “How we spend our days is, of course, how we spend our lives”. I am grateful that I live in a country where women can cycle to work in jeans and a t-shirt, express an unpopular opinion, or freely leave an abusive marriage without needing a male guardian’s permission or risking a jail sentence.

The privilege of settling in a new country might have come with its difficulties, but none so difficult, or terrifying, as the thought of being turned away on no legal or moral grounds whatsoever.

This is only one of the many reasons I felt horrified at the recent executive order signed by Trump to prevent citizens of seven majority-Muslim countries from entering the US, including immigrants, refugees, and students – people who uprooted their lives, in some cases not by choice, to make a new home somewhere else. Somewhere foreign.

At least tens of thousands of people have been directly affected. Lives disrupted. Studies interrupted. Opportunities lost. Safety compromised. All in the name of not-even-thinly-veiled bigotry. The clumsy title of the executive order, “Protecting the Nation from Foreign Terrorist Entry into the United States,” fails to disguise its ultimate aim of banning Muslims from entering the country.

There is another word for foreign in Akkadian, ahûm, and it bears none of the negative connotations of nakrum. It also happens to be homophonous with another Akkadian word, ahum, which means “brother”. A coincidence worth highlighting, especially in light of the growing solidarity with Muslims (and immigrants and foreigners) that the ban has inspired.

Regardless of one’s background, to be an immigrant and a foreigner is still to be human. We have at least one thing in common with each other.