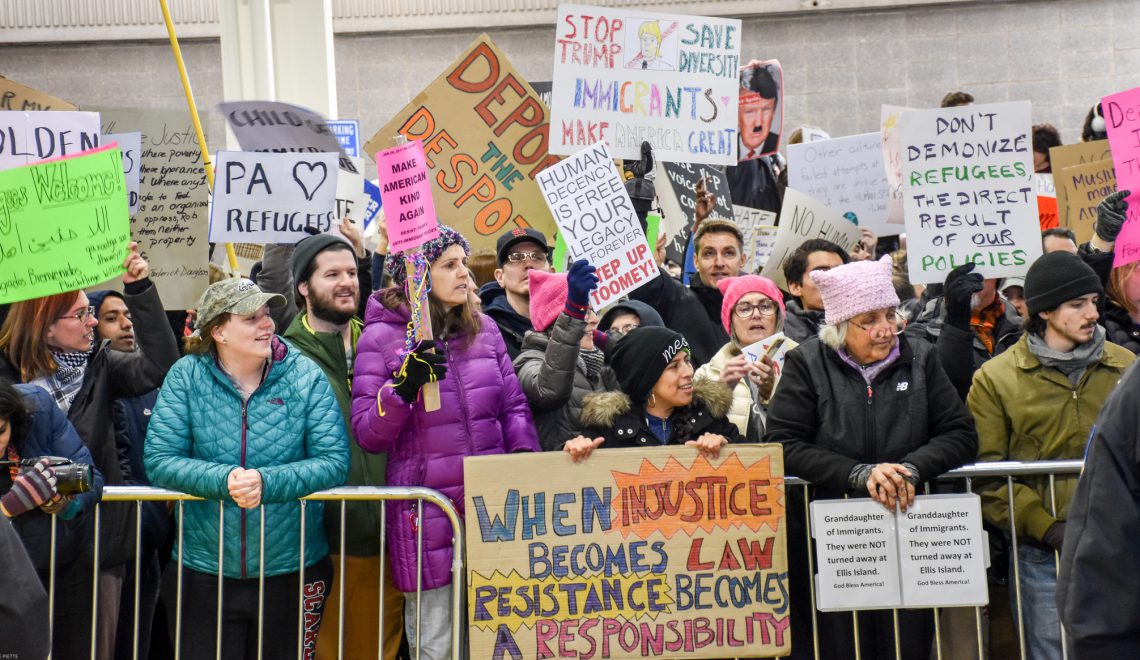 This order is creating havoc across airports worldwide, causing untold suffering for travellers from the Middle East, and affecting all of those who live in the region or hold passports for any of these countries. Thousands of doctors, students, researchers and engineers face being banned from returning to work and study in the US. Thousands of people face long-term disconnection from their homes and families.

At the same time, we are heartened by the actions of hundreds of thousands of American people who have demonstrated in support of citizens from the seven countries mentioned in the order, and against President Trump. We applaud the various political and legal attempts to reverse or mitigate the damage that this disastrous move has created. For instance, the Attorney General criticised the legality and ethics of his actions. She has since been fired.

There can be no doubt that this act is fuelled by hatred for people of Muslim heritage, given the title ‘Protecting the Nation from Foreign Terrorist Entry’ (despite the lack of evidence for any terrorist attacks on American soil by passport holders of the seven named nations).

The sister-hood team condemns this reckless, heartless move by the Trump administration. We wish to express our solidarity with the protesters, our gratitude and respect to those who are supporting people in need, and our deepest sympathies with everyone affected.