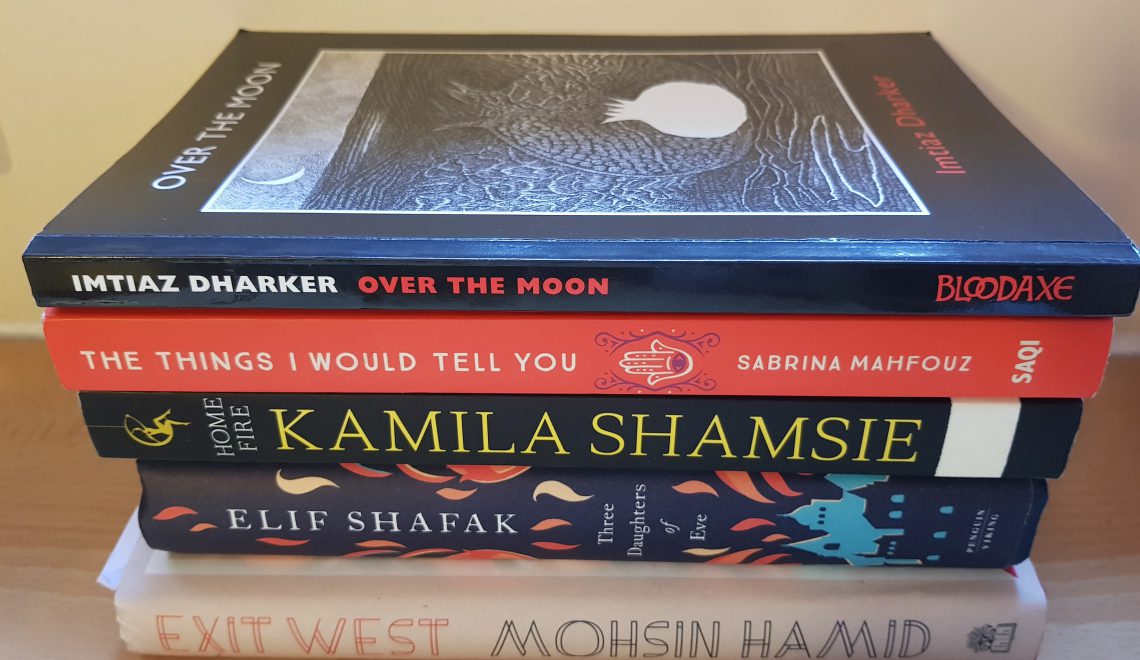 A recent article in The Guardian explored what a truly diverse reading list would look like, with input from black and minority ethnic (BAME) authors such as Hanif Kureishi, Arundhati Roy, Kamila Shamsie and others. The article, and reflection on the debate emerged as students called for university English literature syllabuses to be ‘decolonised’. As a recent English literature graduate, I support the call for variety on the syllabus.

During my first and second year at university, the course was structured into different literary periods and genres: Medieval literature, Irish Literature in English, Modern American Literature, Renaissance Literature, Romanticism, Victorian to Modern Literature and Twentieth-Century Drama. I’m grateful for the great variety we had. I learnt a lot of valuable information from literary legends such as Chaucer, Joyce, Wordsworth and many more.

But I didn’t connect with many of them, not until I took part in an optional module called ‘Coming of Age Narratives’. This was my favourite module, with books ranging from Jane Eyre and Great Expectations to Alice in Wonderland and Oranges Are Not the Only Fruit. The common thread was not the literary period the novel was created, but the theme of innocence and adulthood found in the bildungsroman, the form of novel that deals with a young person’s development. The novel that resonated with me, was the masterpiece Nervous Conditions by Tsitsi Dangarembga. Through this novel, I realised the importance and impact literature can make. It was the first time I could identify with protagonist. Similarly, in The Guardian, Madeleine Thien flags the relevance of Dangarembga’s novel to questions of individuals and families, and of social structures.

I wasn’t as lucky as Jackie Kay, who states ‘she was lucky enough to do a course on the Indian novel, which gave her a lifelong love for the work of Anita Desai’. After the ‘Coming of Age’ module in my first year of university, I didn’t come across another BAME author again that would resonate with me until I conducted my dissertation. In my third and final year of university, a module reserved for single major English literature students called ‘World Literature’ opened my eyes to a wide spread of authors: The Icelandic novel LoveStar, Dream of Ding Village by Chinese novelist Yan Lianke, Hologram for a King by Dave Eggers and many more. This module nudged me in the direction of my dissertation. I enjoyed literature around the world, but I specifically wanted to read something by South Asian women of Muslim heritage.

The process of working on my dissertation taught me the value of seeking things out. Before I proposed my idea to my supervisor, I researched online, I consulted Goodreads lists, I went to the bookstore, I did everything to try get ahead; but I needed academic help. The books I initially proposed were good, but they weren’t literary works that would sustain a lengthy discussion of nine thousand words in length. The module coordinator of ‘World Literature’ pointed me in the direction of Sunlight on a Broken Column by Attia Hosain.  It was a great suggestion, a novel that I cherish. At first, I struggled because the novel was not available in bookstores. I tried to order it online but it was no longer in print. Eventually I ordered a copy from America. I thought I had passed that hurdle, but I encountered the same problem with my second dissertation author, Kamila Shamsie’s novel Salt and Saffron. The bookstore didn’t have the hard copy and I would need to order it online. I was annoyed; granted bookstores didn’t always have books in stock, but when I wandered around different stores, I started to realise books by BAME authors were hard to find. Similarly, books by BAME authors were difficult to interpret and analyse. All English literature students were required to take a module of Critical Theory. I applied Edward Said’s Orientalism and Spivak’s Can the Subaltern Speak to my thesis, but I still felt envious of my peers. I expressed to my supervisor that I felt at a disadvantage, as unlike other students who met their chosen work during the college years, I felt my topic was alien to me. Nonetheless, I persevered and I’m proud of the work achieved, because it has enhanced my knowledge of Muslim writers.

It’s important for the English literature syllabus to include BAME authors, because of the effect on students. As Pankaj Mishra states ‘to decolonise the English syllabus is not to claim racial victimhood or assert superior virtue; it is to expand the imagination of students.’

My dissertation changed me, inspired me, expanded my perspective and imagination. After writing and reading about Kamila Shamsie, I read more of her books, including her latest novel Home Fire which was long listed for the Man Booker Prize in 2017. I found out she was published in the first ever anthology of Muslim Women Writers, The Things I Would Tell You which was edited by Sabrina Mahfouz. From there, I discovered the Pakistani poet Imtiaz Dharker’s collection Over the Moon. I attended literary festivals where BAME authors were promoted. I discovered and read Three Daughters of Eve by Elif Shafak, and Mohsin Hamid’s Man Booker Prize Shortlisted novel for 2017 Exit West. Each discovery I made led me back to the moment I decided to conduct my dissertation on South Asian, Muslim writers. Each new novel I read, cherished and refused to put down originated from the moment my thesis supervisor suggested a BAME author. I agree with Arundhati Roy, when she states, ‘For an English literature syllabus in Britain to entirely or at least radically “decolonise” itself would be an ambitious enterprise’, but I believe it’s an important goal to strive towards.

If you’ve enjoyed this article and you’re curious about the literary events of Kamila Shamsie, Imtiaz Dharker and Sabrina Mahfouz with other contributors from the Anthology then please read and enjoy my reviews of the event in The Manchester Review here.

Namra Amir is an Irish/Pakistani aspiring author/poet who is currently studying for her MA in Creative Writing at The University of Manchester. She did her International BA in English Literature in University College Dublin.