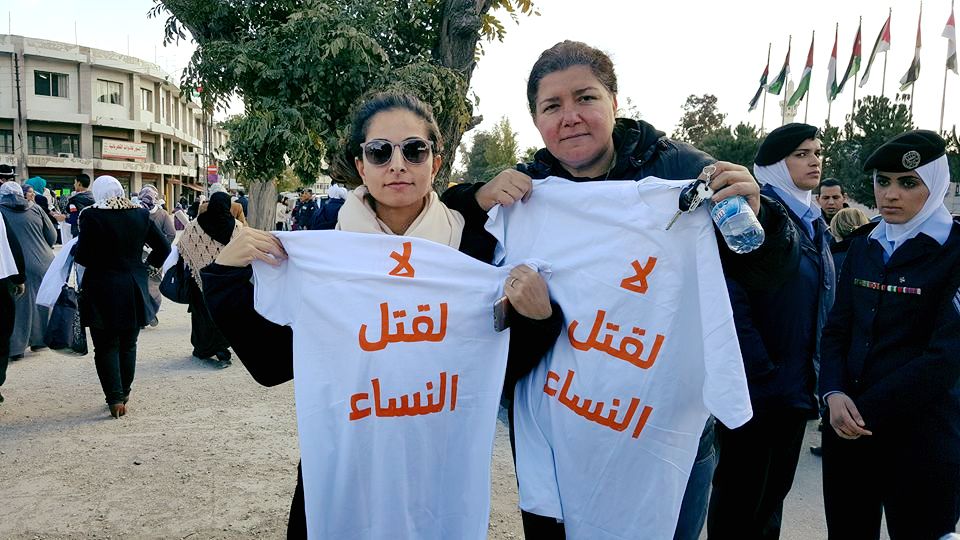 No “honour” in killing

It has been more than 20 years since the day I jumped in my car and drove to an impoverished neighbourhood in eastern Amman to investigate the murder of a young woman. All I had in mind was how I would be able to get further information on a small news item in the papers, which reported the murder of a 16-year-old schoolgirl. When I got to the location I learnt a great deal of unexpected information about the girl, Kifaya – whose name in Arabic means ‘enough’. She had been murdered by one of her brothers, because another sibling had sexually assaulted her. I was outraged when I learnt this, and even more astonished when her uncles blamed her for the rape. They said she had seduced her brother into sleeping with her. I came to learn that she had been a victim numerous times in her short life-spam. She had been raped by her brother, had become pregnant, had survived an attempted murder by her sibling, underwent a secret abortion, had been married off to a man over 30 years older than her, got divorced six months later, and finally had been murdered by another brother to cleanse the ‘family’s honour’.

I returned to The Jordan Times in sadness, frustration and disbelief. I wrote the story at a time when this issue was taboo, something to be shoved under the carpet. Shortly after that, I was assigned to cover court cases. This was my second shock. I discovered that perpetrators of so-called honour killings were escaping punishment with lenient sentences, ranging from three months to a maximum of two years in prison. A few months later, I was sent by my editors to the women’s prison to report about the lives of female inmates. There, I learnt the sad reality that dozens of women are kept in prison without any charge or known day of release in order to protect them from their families, who want to kill them for reasons related to family honour. My logic – and many others’ – is that a person threatening someone’s life should be put in prison, not the person who is threatened.

From then on, I made it my mission to expose these murders, and to document the fact that these women lived on this earth, and that someone had robbed them of their right to live and be free to make their own choices. I also wanted to urge the decision-makers who read our newspaper to recognise that there was a problem in our society that needed to be addressed urgently. At the time, people were telling me that I was wasting my time, and that nothing would ever change in Jordan. But I did not listen to them. I did not give up. I followed my heart and the justice of my cause. I was certain that someone would read my articles and listen to me one day, especially knowing that that the newspaper that I worked for was read by the Royal family, decision makers, the government, diplomatic missions and intellectuals.

And indeed they did have an effect. The first change was dozens of letters that were sent to the editor demanding better protection for women, harsher prison terms for perpetrators, and finding a better solution for imprisoned women. I was also invited to talk about the problem both locally and abroad. Dozens of diplomats, researchers and students came to interview me to learn more about the topic, and they started to lobby the government in their own ways as well.

In the late 1990s, after winning several human rights awards for my work and activism, a group of young men and women approached me to work at the grassroots level. Together, we formed the Jordanian National Committee to eliminate so-called honour crimes. We conducted a lot of work around the Kingdom, going from door to door to talk about the problem and the need to change the laws. We collected around 15,000 signatures on a petition to try to convince the Parliament to amend an article that offered leniency to killers. We delivered lectures and media interviews in various schools and public entities.

Our activism was met with fierce debate in the press. Many thanked us for our work, whilst others accused us of being Western agents who wanted to destroy the ‘morality of society and to sexually liberate women’. Our work with the activities of the women’s movement and the lobbying that grew up during that period steered an important debate, and raised awareness about the topic. We managed to break the silence about this topic forever, thereby paving the way for other topics to be debated in the media and society, such as virginity restoration, secret abortions, harassment, rape, incest, prostitution, early marriage and other topics that could not be found in any media outlet 20 years ago.

Judges, criminal prosecutors, physicians, social workers, religious figures, and other professionals involved in dealing with domestic violence were trained on how to handle crimes committed against women and children. More people started to speak up against these crimes. I felt the change the most when I was lecturing at various places. In the past, men would stand up and tell me without any fear or shame that they were ready to ‘kill their female relatives’ for reasons related to family honour if they had to. But for the past ten years, men have asked me how to avoid such actions if they are put in a situation where they are asked to be involved in perpetuating honour violence. To me, this is extremely important. One way to make concrete social changes is to change people’s attitudes to women’s rights. This is what is happening in Jordan on all issues related to women and children.

In July 2009, a special tribunal was formed at the Criminal Court. It was tasked with trying cases related to family honour. From then on, the majority of perpetrators of so-called honour murders began receiving harsher sentences, ranging from seven years to life in prison, because the tribunal rejected their ‘honour killing’ justifications based on Article 98[i] of the Jordanian Penal Code. The court started treating such murders as homicides. Mitigating circumstances were no longer applicable in such cases.

In August 2017, the Jordanian Parliament made sure that Article 98 was never to be used again when, on the basis of a Royal committee recommendation, it decided to amend the controversial article preventing perpetrators of these murders from benefitting from reductions in penalty[ii]. Another important change includes plans by the government for March 2018 to open a shelter to house women whose lives are in danger. This has been a call repeated by the women’s movement since the mid-1990s. It has taken almost 20 years but is now eventually happening.

I believe activists and the women’s movement have pushed many issues to the forefront, and succeeded in winning support for their causes from the government and high-level officials. The changes mentioned in this article, as well as others that have occurred over the years, have increased my hope that things are certain to change, but we have to put our minds and hearts into it. Most importantly we need to stay patient because change will eventually happen. We just have to believe it will.

[i]Article 98 stipulates: ‘Whoever commits a crime in a fit of fury which is the result of an unjustifiable and dangerous act committed by the victim, benefits from a mitigating excuse.’

[ii]The new amended Article 98 included adding an additional paragraph to the original text: Article 98 (2): Individuals will not benefit from mitigating excuses as stipulated in Paragraph (1) if the crime is committed against a female outside the rulings of Article 340.

(1) Whoever is surprised by his wife or one of his female decedents or ancestors or sisters (caught) during the act of adultery or in an illegitimate bed and murders her immediately or her lover, or both of them or assaults her or both of them, and the assault resulted in death or injury or harm or permanent disfiguration, he shall benefit from a mitigation excuse.

(2) 2. The wife who is surprised (catches) her husband in the act of adultery or in an illegitimate bed in their matrimonial home and murders him or his lover or both of them immediately, or assaults him or both of them and the assault resulted in death or injury or harm or permanent disfiguration, she shall benefit from the same excuse mentioned in the paragraph above.

(3) 3/a. The right to self-defense shall not be used against who benefits from this excuse

(4) 3/b. The provisions of aggravating factors or circumstances shall not apply against such a person.