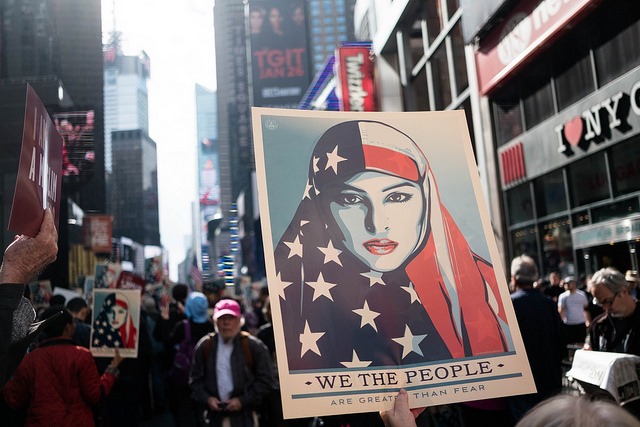 sister-hood writers have been covering several aspects of their experiences over the year. 2017 proved to be an unusually eventful year. Here are half a dozen posts that chronicle some of it’s events.

At the beginning of the year, Egypt announced that 2017 would be the Year of Women. Rana Allam judged that claim with scepticism.

President Abdel Fattah Al Sisi had declared 2017 to be the Year of Women in Egypt, but this is hardly good news for Egyptian women. In fact, social media is awash with dark satire by women fearing what is to come. Judging by what happened to Egypt’s youth in their ‘year’, women have every reason to fear theirs.

2016, the Year of the Youth, witnessed the continuation – if not a rise – of the state’s policy of forcibly disappearing, torturing and jailing young men and women. It witnessed the detention of a group of young singers (one of them is only 19 years old) for posting songs satirically opposing the regime. A few weeks before the Year of the Women begins, prominent WHRD Azza Soliman was arrested from her house and taken to jail.

The election of Donald Trump as President of the United States came as a shock to many, particularly those alarmed by his populist rhetoric, which often targeted Muslims. Sanam Anderlini-Naraghi wrote a diary of Trump’s early days in power, chronicling her shock and concern.

The age of Trump

Well, imagine we’re all high up on a massive rollercoaster, the bestest and biggest in the world, and it’s damn cool, and it’s the ride everyone wants to get on, so the lines are long and the butterflies in tummies are fluttering. Anyway, you’re up there, the sun’s been shining, we’ve been whooping and laughing, and now we’re at the summit, knowing that it’s a steep fast swoosh down. You adjust your seatbelt, the adrenaline kicks in, and you anticipate the rush – but you know – I mean you really do know – that it’s all going to be OK. Because it always is – the rules of engagement, the maintenance of systems, checks and balances all work like clockwork and the people running the show are consummate professionals. So, as the wheels crank up, you grab the sides with your knuckles going white – and for an instant you take a peek down below.

Suddenly the horror sets in. The pros are gone, the guy manning the station is gone, and his supervisor is out to lunch. A bunch of thugs (or penguins, your choice) are unscrewing the nuts and bolts, while another bunch is readying a wrecking ball to slam into the scaffolding of the rollercoaster. That, my friends, is where we are now.

Across Europe, the debate over the hijab grew increasingly ferocious, culminating in the ‘hijab ban’ which allowed for the banning of hijab in workforces. Suhaiymah Manzoor-Khan commented upon the unfairness of this bill.

In a Europe which is so obsessed with Muslims, so afraid of beards and hijabs, so intent on policing borders, detaining and deporting refugees and migrants, and turning to increasingly parochial nationalisms, the ruling would always be disproportionately about Muslim women. There’s a reason that the ruling has come now rather than twenty years ago – the discourse which creates the meanings around what Muslim women wear did not exist so widely then – not to mention that the Netherlands, France and Germany are in their election seasons. The grand irony is that this ruling, along with every other anxiety about Muslims in Europe comes not from a lack of integration, but the fact that Muslims are fully imbricated, publically visible, and engaged in European life. The ‘problem’ is that Muslims are now European.

As the war in Syria ground on, Abeer Pamuk reminisced upon the situation in her home country, and the friends she had lost.

From the start of the war, until I left in 2016, I was one of the people whose lives were overturned. I remember sleeping in my coat during the winter in Aleppo because there was no fuel to heat our home. I remember struggling to study for my midterm exams in faint candlelight that I was forced to use due to the lack of electricity. I remember learning that my friend had died through the radio, the only sound to pierce an otherwise eerie silence in my home.

One of the most shocking terrorist attacks of the year occurred at the Ariana Grande concert in Manchester, which targeted young, female fans of the singer. Nadia Hadid reflects on the resilience of the city where she was raised.

From Manchester with love

Our first terrorist attack was in 1996, when the IRA blew our city centre to smithereens. My entire childhood was set against the reconstruction of our city, and the tireless effort to rebuild in the hope of something better, safer, and more beautiful than the destruction that sought to divide us. And here we are again. We have taken a hit this week, a jarring, horrifying hit. I cannot imagine how the victims’ families must be feeling, or what anyone who was there when the bomb went off is going through. They are in my thoughts and my prayers, and probably always will be.

But, amidst all this horror, there has been a glimmer of something: the prevailing notion that, even in the darkest of times, a spark of light can still get through. I am so proud of our community and the acts of compassion and kindness we’ve been seeing all over the city since this attack.

Towards the end of the year, the full extent of sexual victimisation of women became clear with the #MeToo campaign exposing the extent of harassment in the entertainment industry and beyond. ‘Muna’, writing anonymously, gave her own harrowing account of sexual abuse.

I even remember what I ate beforehand. I haven’t eaten it again in ten years. And I think this story might help someone, but I’m afraid to write down my name because of that phrase Hasan Mihnaj used to make us all laugh so hard: log kya kehngai? (What will people say?)

Even as I write this I know the questions and comments I would face: why were you alone in a hotel room with a strange man? He must have assumed that he would ‘get some’ when you let him in. Good Pakistani/Muslim girls wouldn’t even put themselves in that position.