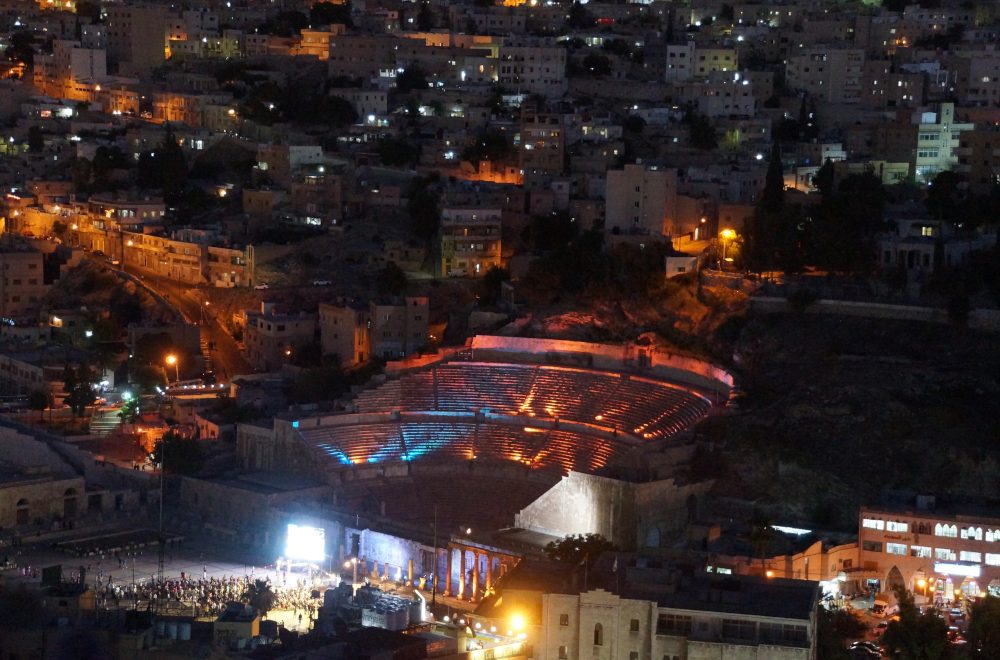 The echoes of Ahlam’s scream

On July 18, Jordanians started circulating a video clip on social media of anguished female screams with a still photo of a woman lying on a street at night. The video soon became very widely shared. Many people claimed that the recording captured the screams of a woman named Ahlam (meaning Dreams in English) who had reportedly been murdered by her father for reasons related to family honour. After the video a rumour spread on social media like thunder, alleging that Ahlam’s father sat next to her body drinking a cup of tea and smoking cigarettes while he waited for the police to come and arrest him.

The official story regarding the murder which the police released to the media (before the Criminal Court’s prosecution office issued a gag order) indicated that the 40-year-old victim was involved in an ‘illegitimate affair’. Reportedly, her father attempted to marry her to the man who she had allegedly had an affair with but failed. Instead, he decided to kill her to cleanse his family’s honour. It was  claimed that the father attempted to kill her at his home that night, but she had managed to escape him by jumping from the first-floor window. However, she broke her leg in the fall and could not escape. Her father followed her outside the house and crushed her skull with a brick.

The horrific murder outraged thousands of Jordanians, prompting a group of young men and women to form a group on Facebook named the Legal Jordanian Society which called on people to head to the Parliament in the heart of Amman to protest her ‘vicious and barbaric murder’.

Hundreds of people gathered on July 22, a hot and sunny day, carrying banners that called for an end to male guardianship over women’s lives, choices and bodies – and an end to the killing of women in the name of family honour. The gathering, which represented a large number of young men, women and children, called for justice for Ahlam and other women who were killed in the name of family honour for the entire two hours of the protest.

The activity drew mixed reactions from social media users. Some attacked the organisers, stating that ‘they were against the male guardian system’. Others criticised the activists, saying that they were ill-informed because laws that were used to offer leniency to so-called honour killing perpetrators, had already been amended a few years ago.

“Why are people calling for a high punishment for the father? If it is proven 100 percent that it is related to family honour, then he should be spared the punishment. On the other hand, the man who engaged in the alleged affair with the victim and the woman herself deserve to be burned. Just because he is a man does not mean he should be excused. Our society is becoming really disgusting in this manner”.

A man named Amer Alexander Al Omari wrote on a Facebook page that reported the protest:

“Keep up the great work!!! You know you’re doing GREAT when your enemies increase in numbers, and obstacles start showing up from every corner. But it is with your unity and your cause’s purity that you will triumph. Never let them take away your values and principles, never go down to their level of awareness because they have none. We are all with you, women and men, young and old, black and white, we are one. We are the people. Stay strong!”

Despite some of the negative reactions by social media users, hundreds continued to voice their outrage on social media. A Jordanian singer named Farah Siraj decided to dedicate a song to Ahlam a few days after her murder. She posted it on Facebook, saying:

“Ahlam’s brutal murder shook me to my core. Her screams have been echoing in my mind for days. I couldn’t express all the emotions I was feeling until they came out in a song. This is my song for Ahlam, and for all the victims of honour crimes and domestic violence. It is a call to end the normalization of violence and silent complicity, in Jordan and globally, because violence against women is everywhere. It is most often invisible, but the scars run deep. Rest in peace Ahlam…”

Meanwhile, female activists and social media users continue to voice their outrage over the incident. They called on the government to introduce laws and adopt procedures to protect victims of domestic violence in Jordan. Several petitions went viral, mostly calling on the government to adopt more procedures and policies that would better protect women, whose lives are in danger for reasons related to ‘family honour.’

Top police and government officials announced that they are revising some entities’ work, as well as reviewing legislation related to domestic violence, pledging to take ‘urgent necessary measures to safeguard the safety and security of Jordanian women and children.’

Jordan has adopted several measures related to so-called honour killings over the years. Jordan used to experience an average of 25 reported murders against women annually. The government amended some laws that used to offer leniency to killers, and the justice system started to investigate cases of murdered women and children more seriously, working towards justice for the victims. More recently, the government has opened a special shelter to house women whose lives are in danger for reasons related to family honour. This has contributed to the decrease in the number of reported murders of women for honour-related reasons to around 15 annually.

Unfortunately, for Ahlam, who reportedly stayed briefly at this shelter, an official decided to release her to her family. It cost this woman her life.

For me, the tragic murder of Ahlam and the activism that followed should be a wakeup call to the government and civil society that we should continue our hard and dedicated work to ensure that women live in a safe and secure society that respects women and their choices in life.