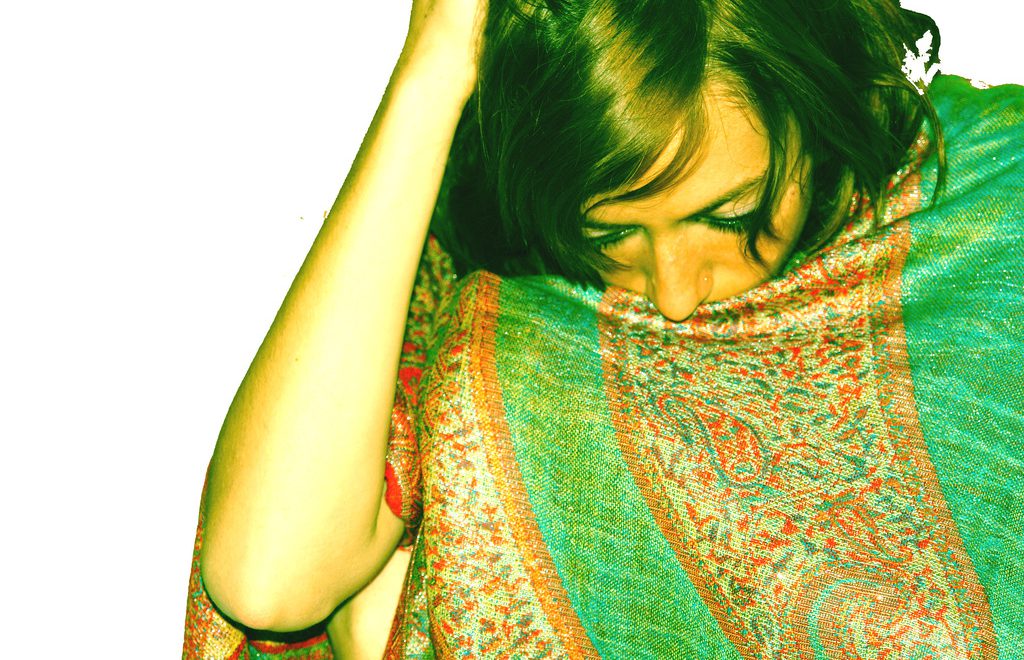 A Muslim, yet not.

Growing up, my faith always wavered. I never stayed true to being the conventional Muslim my Mother wanted me to be. She always had to force me to pray, always had to police my clothes, always had to remind me about God. But I just couldn’t. Maybe it had to do with the fact that no matter how hard I prayed, nothing at home ever got better, or maybe it had to do with the fact that I wondered, if God cared so much, why isn’t He making things better for my mother, for me? Or maybe it had to do with the fact that no matter how much I did, all I heard about was Hell, Jahanam awaiting me. Maybe it was all of this combined that made me always wonder…  Where is He? The one question that I always had – where is He? And my Mother’s answer has never changed – ‘He is as close to you as your jugular vein.’ But I never felt it. Right to today, I work extra hard at my relationship with God, Allah, or whatever you call Him. I envy, truly, a part of me envies the people who can believe so effortlessly. Who can dedicate their whole lives to Him, living under His command so naturally, because a part of me has wanted that for so long but now, as I slowly come into my own skin… I have started to wonder…

What makes a Muslim…a Muslim?

What is a Muslim? Who is a Muslim? Is it someone who prays five times a day, believes in Allah, His messenger and all the Prophets, who reads the Quran daily, gives to charity whenever they can, and is kind to everyone they meet? Or is it someone who does the same, but feels superior to non-Muslims, goes online and polices Muslim women/men for their behaviour, their thoughts and actions? Or is it those who wage war in Allah’s name?

Could a Muslim be someone who prays when they feel like it? Someone who picks and chooses what they’d like to believe in and disagrees with certain rules or ideologies? Or a woman, who says she is Muslim but does not cover herself up, does not pray all the time, does not bother about most Islamic rules and is sexually active? Or a Muslim woman who does cover up, prays five times a day, believes wholeheartedly in Allah and in His messenger but is a lesbian, or a man who does the same but is gay? Can all these people be Muslim? Are these people Muslim enough? Am I Muslim enough?

To me, it has always been clear. A Muslim is a Muslim, until he or she says that they aren’t. But I have seen it happen so many times on social media, the comments, the policing- ‘you can’t do this (have sex, smoke, drink, party, dress immodestly) and say you’re a Muslim, you aren’t, you can’t be’ or, ‘You can’t pick and choose, you either believe or you don’t,’ or ‘You’re going to burn in hell for not listening to Allah’s commands,’ and so on. But does verbally policing someone else; scolding them, putting them down, telling them that Hell awaits them… is that being a Muslim? Does that also make someone Muslim?

All this has made me question myself – am I Muslim enough? Is the Hell-fire truly awaiting me? What if I believe and yet don’t at the same time? Where do I belong?

I pray when my mother asks me too. I drink. I love being Indian. I do not care about Halal/Non-Halal foods, but I do not eat pork. I have a non-Muslim boyfriend. I have read the Qur’an. I love listening to Qawwali and Sufi songs. I love reading Rumi and thinking about Allah. I fast during Ramadhan. I have gone to Umrah. I know my duaas. I believe yet…I don’t. Yet…I don’t want the rules of religion.

A contradiction? Am I still a Muslim when I say I am, even when I do all of this? I want to be. But I don’t know anyone else who feels the way I do, who sees things the way I do. Everything is so black and white. I just want to be me. I do not want a label, not because I do not believe, or think that the religion is not right, but because I am in the middle. People are always on one side or the other – believing or not believing, but what about those of us who are stuck in the middle? Who have two worlds inside us so that we do not know which to believe, which to accept?