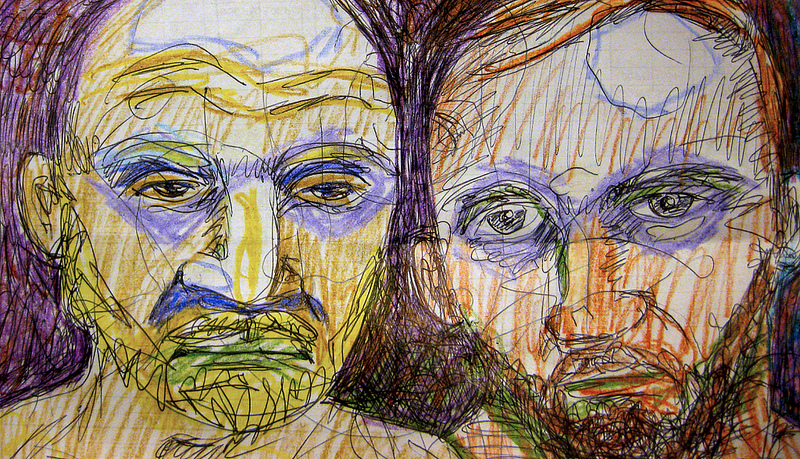 This is for you.

For the women whose fathers

You deserved into your soul.

For the women who found love

Who fear finding a man

For the women whose love

By how much abuse you could take,

This is for you.

The days come so fast,

Where you wish darkness would

Plague you and take you away.

You hide under the covers in shame

That he could never love you.

That his hands were hard, cold.

That his eyes, dark and harsh.

That his voice shook you, filled you with dread.

You tried oh, you tried.

To cry less, to swallow the pain.

To smile in the face of his anger, hoping it will go away and finally, finally,

Maybe he would love you the same.

And he left you to die each time,

And maybe just maybe, that was love.

Death, anger, wrath, pain, in the name of love was love.

You hide in shame for when the man you gave your heart to for the first time,

You believed in his tenderness, his softness, his light, but oh when the night came, and his demons came out to play,

You pleaded, you begged, you tried to fight, but you were weak he said, you were weak – so there you were night after night, crawling back, with a trail of blood, claw marks trying to rip you to shreds and a tattered heart as proof that love was meant to be this way.

And once again, you are smiling in the face of his anger, defeated, bleeding in his name, hoping it’ll change things,

Be softer, be happier, laugh like an angel, walk with your head up, be less you, be more her.

Hoping he’ll love you once again, all the same.

He left you to die, hoping his words of love would be enough to resurrect the love you always gave, never received.

And it scares you beyond measure.

Wasn’t it real? Wasn’t that love?

And the love stays the same.

The love of death, of pain, of misery, of anger and wrath.

For you made the mistakes your mother made.

For you betrayed the little girl in you

That screamed at you to run.

And as you hide in shame,

Your father could never love you because

He was a man incapable of love.

And that was never a reflection of you.

And oh, how well you worship.

For that is all you ever wanted, wasn’t it?

To worship and be worshipped in return,

In the name of love?

And now you are hiding in shame,

For all you swore you would never,

But you will learn. You will.

That, that was not your fault either.

You were made with the pureness of the moon.

You were made with the softness of the petals of every flower that blooms.

You were made, so tenderly, with every colour that paints the sky, living in your soul.

You were made with the strength of the sun, the wind, the tornadoes that had the power to destroy, to wreak havoc at whoever burnt your skin.

It was never your fault for giving to him, for trying again the way you did for your father.

You will learn, you will.

And you left, you left.

And you won each time.

He could not love you.

But you have always had you.

Hide no longer in shame

For now you know.

That when his hands turn cold, his eyes turn harsh, his love turns to fire.

Close the gates to your lands,

And burn his skin.

And know that the sin

Of ever staining your soul