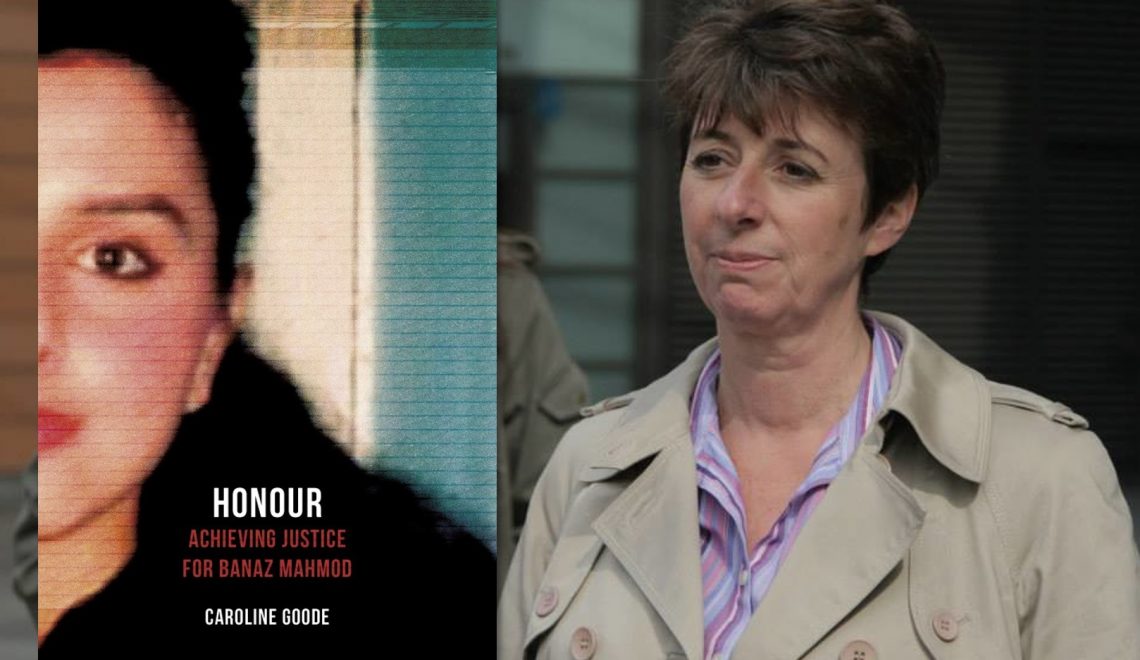 When you think about the girls and young women you love – your daughter, your sister, your friend – take a moment to think about those girls growing up where home is not a safe place. There are people who even kill their daughters. One such family was the Mahmods, a Kurdish family who lived in London. Mahmod Mahmod was found guilty of organising the murder of his daughter Banaz in 2005. He did this with the support of his brother Ari and many other members of the family and community. The case was investigated and guilty verdicts for five men involved in the murder – including Mahmod Mahmod and Ari Mahmod – were obtained through the work of DCI Caroline Goode, a senior police officer working for the Homicide Command department at the London Metropolitan Police. While an upcoming TV drama based upon Caroline’s experiences has been delayed, her memoirs of the case provide a vivid insight into the policework involved in investigating this brutal murder.

Caroline Goode’s love for Banaz radiates throughout every page of the book. Banaz was rejected and betrayed by her family, so Caroline and her team effectively adopted her as their own. She became ‘their girl’. Many feminist activists who are familiar with the sad story of Banaz and who have campaigned for justice for her came to love her so much. This always raises a poignant question: why do women and girls from high control communities have to die to be loved and supported? Don’t they deserve that love and support whilst they are alive?

Caroline captures the burden of dishonour accurately, describing not only the outcome of perceived ‘dishonourable’ behaviour on the victim, but also the wider impact on other women and girls within the family and the community. What may be perceived as normal outside such communities carries a death sentence in high control communities with ‘honour’ codes.

‘Dishonourable’ conduct on the part of one woman or girl casts a shadow of dishonour on other female members of the family or community. Women and girls constantly have to prove that they are honourable, modest and pure in order to achieve high status within such communities. When a woman is accused of having broken honour codes, we might expect that other women within the family or community would rally around her to protect and defend her. In reality, the women often turn on the accused in order to safeguard their own reputation. Their ‘honour’ and that of their family and community is often far more important than any notion of sisterhood. Caroline lays out the role of women in many honour killings. Those that have grown up in such communities can attest to this fact.

Purported liberal social values are no indicator that an individual is not controlling within the home. Banaz’s uncle attempted to present himself as a liberal, progressive, westernised man who allowed his daughters to wear what they wanted and go where they wished. If you truly want to ascertain how controlling an individual is, there are some very easy questions that will determine this quickly. The first: can your daughter (not son) marry someone that is outside of your faith and racial group? Their reaction will tell you everything you need to know about how liberal and progressive they truly are.

Control of women is maintained in such societies to ensure that no other woman or girl falls out of line. High control communities still think that women are unable to make their own informed choices and that one woman within the community that fails to comply will contaminate the hearts and minds of all women within the community. Therefore, women’s lives, clothing and choices are heavily controlled.

Women in high control communities are incredibly powerful. They are feared. Banaz’s murder was evidence of this. Fifty community members were involved in killing one woman! Fifty! Wide involvement of the community can function to reassert patriarchal control. It sends a clear message that this is what happens when the community’s values are challenged. There are two fears working against one another which motivate participation. The first, the fear of consequence from the community, which is absolutely legitimate, while the second is fear within the community, that ‘good’ women will be influenced by ‘shameful’ women like Banaz, who have only done wrong in the eyes of their community.

Caroline’s commitment to getting justice for Banaz was admirably unflinching. She did not stop until everyone involved in Banaz’s murder was behind bars, even if it meant chasing them to the other side of the world into harsh and uncertain territories. She dedicated every waking moment and many sleeping ones to getting justice for Banaz. No obstacle was too great for Caroline. In the pursuit for justice, she also challenged and reported her own colleagues for their failures in not doing enough to save Banaz. Evidently, she had no work-life balance.

Although at the beginning of the investigation Caroline said she was afraid she did not understand the complexities of the community she was dealing with, by the end it was clear that she understood them completely. This was demonstrated by her efforts to ensure that the arresting and charging team for Banaz’s father and uncle were all female.

Banaz’s own case history of her encounters with the police is one of failure after failure. One of the worst aspects of this case is the continual excuses made for oppressive behaviours in high control communities that would be unthinkable within contemporary mainstream society. Caroline’s book identifies one such element: murdering a relative because the victim made the family ‘look bad in front of their friends’. Phrased this simply, it not only sounds outrageous, but also infantile. However, it prompts the question, would this be acceptable within the majority of families in the UK? If not, why are excuses still made for some communities?

Many individuals within such communities feel trapped between two worlds. On the one hand, there is the world of their families and communities, where relatives attempt to control them using outdated codes. On the other hand, the world they see and desire which resides outside their homes. Caroline captures this when she relays Banaz’s sister stating that all Banaz had wanted was the life of a normal British girl. This prompts more questions: why is this so unacceptable to high control families? Why can’t their children choose? What is the source of the hatred for western lifestyles?

Caroline’s love for Banaz radiates throughout this book. It contrasts starkly with the coldness and contempt Banaz received from some of those closest to her when she was alive. Caroline was courageously undeterred by community differences during this investigation. It is vital that the same dedication and commitment is seen in future cases – whilst victims are still alive and there is still a chance to save them.