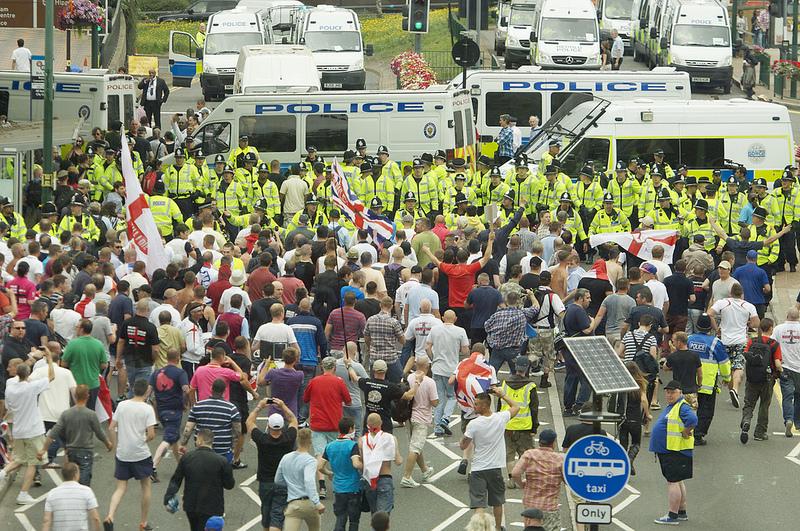 It’s time to tackle race relations in the UK

In the 1960s my father was a victim of racist graffiti. ‘No Blacks – Go home’ was sprayed on the pavement outside his home in Birmingham, UK after a news report on his attempt to join the West Midlands police force after passing the initial exam. More than 40 years later, we are seeing an increase in hate crimes, with almost 6,000 reported in 2015/16: an increase of 27% post-Brexit, according to the West Midlands police. This raises the question: why aren’t we making progress in race relations in Birmingham, which is one of the most diverse cities in the UK? Friends in the UK and abroad often tell me that they think the UK is one of the most open countries in Europe, indeed the world, when it comes to diversity. Yet I feel that the April protest led by the right-wing EDL group in Birmingham City Centre sends a very different message.

While communities may be living in relative peace in Birmingham, there is no doubt that tensions are rising. Is this because racism has always been there, but is now surfacing? And because migrant communities continue to live in fear of losing their culture and religion?

It’s been a sizzling pot for some time. Back In January 2011, Baroness Warsi said that Islamophobia had become socially acceptable in the UK.

As a British woman of Pakistani origin, I myself have endured racism throughout my life, over a career spanning 20 years working for local, national and international organisations. It’s something you get used to fighting on your own. I’ve had to deal with racist bosses and colleagues, and well-educated colleagues who’ve told me their family would never accept a ‘brown’ person in their family. In one London office, just a few years ago, I was told by colleagues that I was the third ‘brown’ person to be employed in my line of work in the history of the company. The previous two had left their jobs after filing complaints of racism.

My colleagues often seemed awkward when discussing cultural issues and racial issues. I ask myself why in this day and age people still feel uneasy about celebrating other cultures? I believe the fault lies on both sides, migrants who fear losing their culture and non migrants fearing the unknown. British Asians I know still speak about ‘white people’ like they are still the unknown, and a world apart from them. They still speak like victims. And they push the blame onwards: some South Asian migrant communities have turned their backs on new migrant communities from Europe. So we are now seeing a growing trend in racism between different migrant communities.

Incidents of overt and covert racism are rife. You just need to scan the news to see whats going on, and how long for. Recently, the BBC reported on the Old Bailey first non white circuit judge constantly being mistaken for a defendant rather than a judge when she started working in the 1980s!

I have travelled and worked in  Asia, Africa, the Middle East and north and south America. It has been an eye opening, educational experience for someone who was born and brought up in Birmingham. And so when I’m in my hometown, I still find it hard to understand why integration is not happening the way it should. Despite many efforts to promote better understanding between the various cultures in cities such as Birmingham, the gap seems to be widening.

That’s why the focus of my latest art installation will tackle negative attitudes towards migrants. The installation will be created at the International SEAS conference in Greece and will be symbolic of the positive impact migrants have had in the UK and around the world. And to promote integration there are plans to work alongside Community Arts group, Arts in the Yard and the equalities charity Brap to organise creative community debates where migrants and non migrants can come together to air their concerns and talk face-to-face about issues they want to resolve.

While racism is always going to be an issue in societies where integration is lacking, dialogue is a step in the right direction, towards promoting better understanding between communities, with all the impact of the arts. Authorities, migrants and non-migrants all have to come together. We all have a responsibility to start having those awkward conversations which are currently stifling societies, even those which pride themselves on diversity.