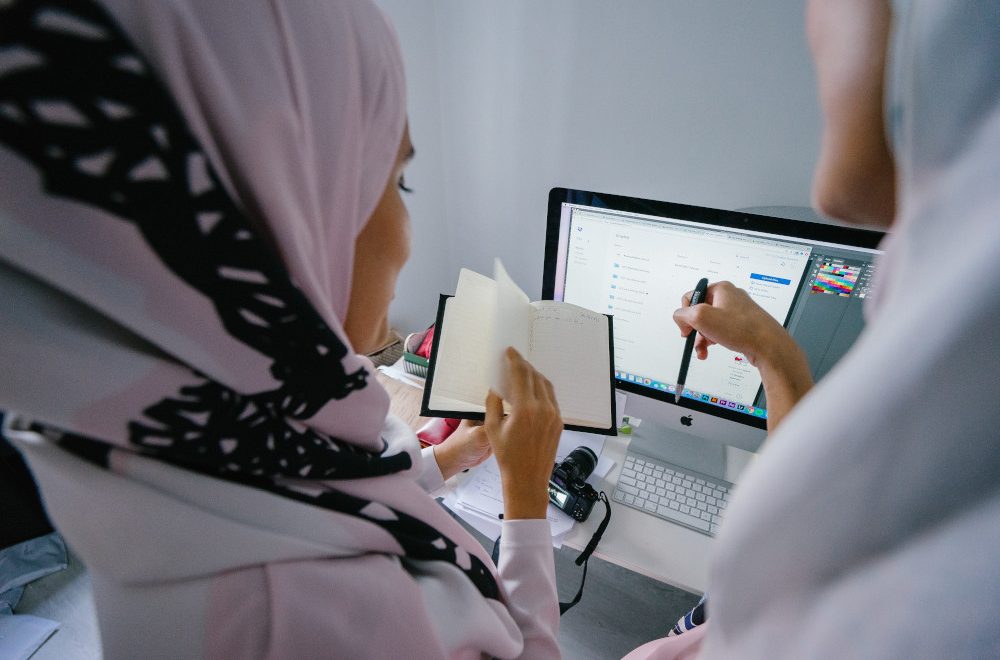 Photo by mentatdgt from Pexel
Opinions

Unleashing female entrepreneurs in the MENA

One in three start-ups in the Middle East and North Africa region is founded or led by a woman, which is a much higher percentage than in Silicon Valley. Women in Arab countries make up for 34-57% of STEM graduates, a figure which is also much higher than in universities across Europe and the US. These facts might seem shocking to people who assume the MENA region is entirely male-dominated.

However, it’s not entirely a success story. If Arab women are so successful as entrepreneurs, why is it that the proportion of women in the workforce remains among the lowest in the world in 13 out of 15 Arab countries?

The answer to this is neither short nor simple. It is safe to say, however, that these figures reveal the latent potential that remains to be unlocked in the region. For this reason, the Womenpreneur Initiative and SANAD’s Entrepreneurship Academy have joined forces to promote female tech entrepreneurship in the MENA region. The goal of this unprecedented campaign of empowerment was to give visibility to women in tech, innovation and entrepreneurship, as well as to provide platforms to assess the current state of the tech ecosystem in three countries: Morocco, Tunisia and Jordan.

During the Womenpreneur Tour we interviewed female tech entrepreneurs from diverse backgrounds. They shared what motivated them to launch their businesses, as well as every obstacle they encountered on their journey. Did you know that 71% of Tunisian women started their enterprises with absolutely zero resources and zero support? Or that only 10% of Moroccan women are entrepreneurs, despite them representing half of the population of the country? Or that only 6% of women entrepreneurs in Jordan are generating revenues exceeding US$ 100,000?

Many women identified social and psychological boundaries as the main barrier which was preventing women from having equal access to the job market or promotion opportunities. Traditional values in Arab countries are still deeply-rooted. This is reflected in recruitment processes. Women are still questioned about their marital status; men are still given jobs over more qualified women.  Family responsibilities are another major drawback for women which prevents them from advancing their career. These prejudices extend to the investment-seeking process too. Due to lack of precedents in the region, investors are more likely to doubt the viability of women-led businesses.

What can be done?

Many participants believe that a change in mindset is already slowly emerging. For example, Jordan recently passed a new labour law providing equal day care facilities to both female and male parents in the workplace. This is a great achievement, but real changes are slower to materialize. During our tour across Morocco, Tunisia and Jordan we interviewed multiple experts from various fields who shared their recommendations of how to make the tech ecosystem more accessible and fairer to women. Most of them agreed on the need for sex-based quotas in the public administration to ensure that the involvement of women in strategic decision-making at the political level, as well as in boards of directors in the private sector. Recruitment processes should also be revised from a legal perspective in order to prevent sex-based discrimination arising from women’s marital and family status. On the other hand, many pushed for the need to break the glass ceiling and to challenge gender roles and stereotypes which traditionally portray women as more suitable to the social and human sciences and men as more capable in the fields of physics, mathematics and technology.

Further recommendations related to the financial sphere, where some of our experts suggested that a democratization of the processes and requirements for women to open a business bank account is needed. This would facilitate women being able to receive funds quickly to start their activities, and record their cash flow and credit history. Female tech entrepreneurs who can demonstrate financial credibility are in a better position to raise further investments. Additionally, the creation of female-oriented or women-only funds for all stages of start-ups in the form of government grants or equity investments would ease women’s access to funding. It would engage women in an investment-seeking process based on merit and business skills rather than leaving them to take a risky journey through sexist discrimination.

If you want to know more about all the inspiring female tech entrepreneurs we met, do not miss our documentary.

What is next at Womenpreneur?

After the great success of our tour we are embarking on a 2nd edition that will explore three new countries: Algeria, Egypt and Lebanon. This time, however, our aim is to find out how the COVID-19 pandemic is affecting female entrepreneurs across the MENA region and how female talent is tackling this challenging situation and bringing about solutions. Stay tuned!

Sana Afouaiz is an award winning women’s rights advocate, and public speaker on global feminism and women issues. She has spoken in 40 countries at universities, panel discussions and international events. Sana reaches thousands of women each year, she uses her platform to voice the voiceless through story-telling, social campaigns and advocacy. She has organised several social campaigns including reforming a Moroccan law that allowed rapists to marry their victims to avoid jail. Sana’s mission is to challenge societal norms, spark conversions surrounding social taboos and lift the cover on unspoken realities in the MENA region.