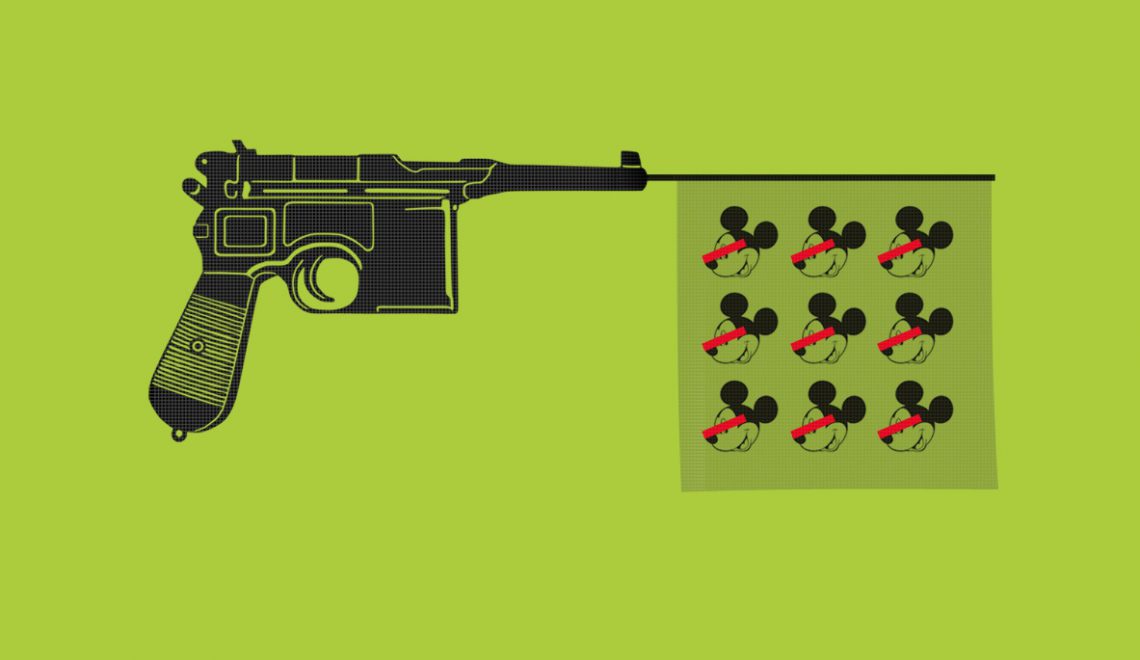 July was quite a month in America. After the ugliness of the Trump-led Republican National Convention, the Hillary-Bernie fest at the Democratic National Convention was a relief. Finally we got front row seats, listening to some of the most extraordinary public servants – from Bernie Sanders who was the symbol of grace, authenticity and decency to Michelle and Barack Obama, who helped us imagine what we still can do; Bill Clinton, who reminded us of his sheer genius, his humanity and now his humility; and the ever-wonderful, always humane Joe Biden, who spoke of the very essence of the best of American-ness.

It is hard not to get swept up in the emotions, the optimism and still the innocence, that America is good and great. But the reality check cannot be too far away. This is also the week that The Nation published an article titled “The Obama Administration Has Brokered More Weapons Sales Than Any Other Administration Since World War II“. The U.S. is responsible for 33% of global arms sales. Middle East is the primary destination of most of U.S.-made weapons with Saudi Arabia and United Arab Emirates topping the list and Iraq and Egypt making the top ten. In other words amidst, the tears and cheers and banner waving, the military industrial complex is alive and thriving in this country. While Americans angst over gun violence in our cities and communities, it is the rest of the world that bears the true brunt of this American industry dedicated to the art of killing.

As one living in the U.S., but working on issues of war and peace globally, I’ve often felt frustrated and saddened that America does not apply the lens and the values it holds so dear at home, to its interactions with the world. Bill Clinton once said whatever is wrong in America can be fixed with what is right in America; simple, eloquent and true. If only that principle guided their presence in the world.

So here are my thoughts for the next president: Please don’t go out into the world – especially into the Middle East –where I originate from – with your weapons, sanctions and misguided understandings of who we are, what our history has been and what our aspirations might be. The world’s oldest civilizations were born in that region. We had secularism and human rights etched in stone 2500 years ago. Diversity was taken for granted in the ancient and old societies of the East. This is why Egyptians, Persians, Iraqis, Turks and Syrians get frustrated when they see the United States cozying up to authoritarian regimes for its own benefits, claiming that the values of human rights and democracy are not compatible with their ‘cultures’. Go forth with respect that human rights principles are indeed, universal.

They aren’t ‘hating the U.S.’ for its values of freedom, equality, opportunity and justice. They are angry that those values are left outside the negotiating rooms when the U.S. chooses to sell billions of dollars worth of weapons to President Sisi of Egypt, King Salman of Saudi Arabia, or Benjamin Netanyahu of Israel, knowing full well that those weapons, will be unleashed against ordinary Egyptians, Yemeni kids and Palestinian teenagers. It is the hypocrisy and double standards they object to. So why not heed Joe Biden’s words: it is not the example of power that makes the U.S. extraordinary. It is the power of acting by example.

Don’t go out to extract the minerals and pump the oil of other countries while polluting their rivers and soils, take the best of U.S. natural resource management and the example of the national parks. Don’t shell out billions to private security companies to train foreign armies and police forces in counter-terrorism, when the trainers themselves are not teaching the basic essence of why national security forces exist: to respect and protect citizens. Instead our tax dollars have gone towards training security personnel, who have then been implicated in raping women and sodomize children, who shoot tear gas canisters and rubber bullets into peaceful protesters. These practices would be unacceptable in the United States, so why do we not care about this abroad? If you need help, appoint that amazing Texas Sherriff, Lupe Valdez to head up U.S. programs for training the security personnel of other countries. I imagine she would make sure that ‘to serve and protect’ would be the air that any U.S.-trained security and police officers breathed around the world.

Don’t take the worst of American politics – the corrupting money and the divisiveness to the rest of the world. Take the parts of American politics which fundamentally rests on compromise, collaboration and coalescing around a common national identity and interest, playing by the rules of the game and listening to the people. If only the U.S. would listen to women’s rights advocates, social movements and journalists who are deeply committed to bettering their own countries, instead of treating countries as monoliths represented by one leader, and dismissing value-based diplomacy as idealistic. This is the reality of today’s complicated world. It’s the realpolitik model that is increasingly idealistic and anachronistic.

Share with the world the better parts of societal life in America too: the daily living experiment that we see across the country of pluralism, decency and the fight for equality and justice. Here, diversity is not tolerated, it is accepted and celebrated. I’ve seen it every day in my children’s schools: like how their public elementary schoolteachers welcomed us to class to speak about Persian New Year and Hindu Diwali; and how new kids from abroad are given English Language coaching to help them integrate more quickly.

Go with the economic practices that made America’s middle class, not those of neoliberal theorists. So lets not tell widows in Liberia to set up micro-enterprises that give them subsistence living and rocket-high interest rates, or extol the virtues of private business to Iraqis after bombing them to hell, when in the United States the government is a major subsidizer of many sectors domestically. In the U.S. we take pride in offering our children the opportunity to become firefighters, social workers, or even dancers and musicians. If we want to engage in overseas development, why not support these public sectors too.

Don’t let the crass Reality TV shows and violent video games take the best of your story telling. If you can’t imagine what, just focus on making Sesame Street and Clifford the Big Red Dog available in all the languages imaginable. Those programs do more good in teaching teamwork and respect than you can imagine.

Don’t take privatized health care and education. Share the model of Medicare and the standards of public education like Berkeley, UCLA, UVA and all the other fabulous state schools that exist in America.

Don’t assume that America has all the answers. Every country, every people has their own share of innovations: take Iran, a country drowning in oil but always short on water, its people developed the most sophisticated underwater canals (qanats) thousands of years ago. They know about water management and preservation. The people of the Arctic know a thing or two about environmental insulation: they can burn fires in their icey igloo, without melting the house down. We all have things to share and learn from each other.

Because America is a nation of immigrants, a country founded on universal human aspirations, it has the best of all of us: of our nations, religions, values and cultures. It is ironic really, but it’s this noisy colorful togetherness, striving for equality, that makes it exceptional. And, as Hillary Clinton said, in America we don’t accept one man who says “I’ll fix the problems”, but “we fix them together”. Take that approach with the world too. Reach out to the fixers, who aren’t interested in power, but are taking the responsibility for their communities. It shouldn’t come as a surprise that often below the radar, it is women everywhere who are doing so much of this.