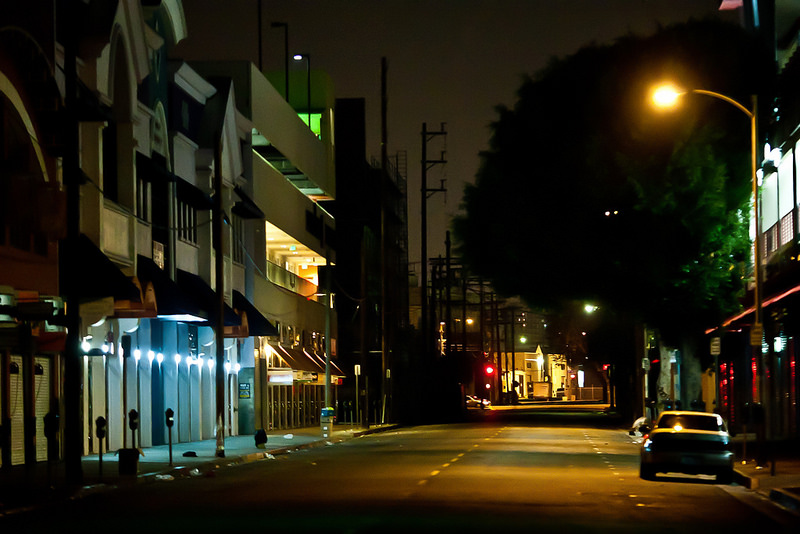 When Arabs are presented on screen in American films, they are there for the purpose of embodying the western view of Arabs. They exist on screen as a human, only in relation to their stereotypes – the idea of them, as the Other, torn between innate, native traditions of aggression and civilised, Westernised customs – or as suffering as a result of these stereotypes. Due to a lack of diversity in the industry, characters in Arab-American films have often been adaptations of characters in the news: far away and foreign, always with a political perspective, and only relevant in terms of current events.

Namour is a film about Arab immigrants who exist in the blank spaces between the lines of newsprint. Written and directed by Heidi Saman, the film centres on a middle class Arab immigrant family, seen by, and with, the dissociative, out-of-touch main character, Steven Bassem (Karim Saleh). Steven is a college graduate struggling with his purpose and future, fearing that he is stuck in his job as an L.A. valet forever, trapped parking other people’s cars, stuck in a devastating equilibrium between yearning to drive through the bright lights of the roads ahead, yet at the same time, fearful of the change. The means to travel are with him; but during the film his own postgraduate anxiety ensures that they are not for him to use. The characters, and some scenes, can be static and mundane; their problems are real and ordinary. This ordinariness won the film the L.A. Muse Award 2016 and distribution by Ava DuVernay’s company ARRAY – but hardly any funding.

Family is a big factor of Namour, so big that the economic crisis of 2008 (when the film is set) is mostly acknowledged through the fact that it causes the Bassems to sell their family home. It therefore makes sense that the film is named after the most senior member of the family, the grandmother Namour. The namesake of the film is first introduced in a nursing home. She is spoken about by her carers as if she were not there, alienated from them due to her age. Throughout the film she only speaks occasionally. Yet, she is a powerful symbol of the sacrifice made by members of immigrant families, who heave up their roots and then replant them in unfamiliar soil, where they no longer live to blossom, but so that those that come after them can flourish. She gets no character arc; she is like an emblem of a previous time and place. She must be in the nursing home, but quite comically, she cannot bear the inactivity. As she leaves, she asks her grandson Steven, ‘Don’t you think I am afraid to die alone in this house full of American strangers?’ The casual alienation which is often part of older immigrants’ repertoire, is given rare attention through presenting it on screen, where it cannot be shrugged off as easily as it can when experienced in everyday life. Namour, with the alienation that growing older can bring, delivers the lines that connect us to Steven, played by Karim Saleh, who is also dealing with the alienating fear of growing older, of finding out who he is supposed to be.

The film is heavily influenced by Italian neo-realism; it shares that genre’s focus on the everyday lives of real people, who have usually been under- or misrepresented. Just like Steven, a feeling of ‘life passing you by’ can be felt as you watch him, with him, as the film guides us through his static routines, texting his girlfriend Gabi (Melina Lizette), working, playing ping-pong, house hunting, all while feeling unable to reach the ambitions that are so many and so vague that they seem only achievable through metamorphosis. A scene consisting of a family party shows the influence that Arab communities can have, creating stifling feelings of inadequacy amongst the young. We see Tamara (Nicole Haddad), Steven’s older sister, having to hold a party to celebrate her academic achievements out of a sense of tradition. Inadequacy is poignant through the fact that receiving a PhD is something she does not wish to embellish, but her culture requires that she does. Her Arab friends and family judge her anyway. Steven is asked the awkward question of ‘What about you? What have you achieved?’ His sister, despite being his more ‘successful’ counterpart, is not exempt from their judgement – and worse, disappointment behind the judgements. The film handles these themes realistically and honestly with a light-hearted humour that is refreshingly relatable.

The fact that this film is one of the few depicting Arabs in a realistic light could be one of the reasons that these feelings of inadequacy amongst the young exist. This may be why sons and daughters of immigrants at the ages where decisions about the future have to start being made can experience such a sense of disorientation: a feeling of directionless floating and swimming. It takes representation to know that you are not alone. Namour utters a phrase to her grandchild Steven, ‘You are different. We raised you to be different.’

When the only figures of representation that you have seem like characters in a fantasy, it makes sense that a lot of immigrants, especially Arabs, due to their limited realistic representation, strive to be overachievers in competitive fields, to be worthy of the sacrifices made by family members in order for them to be ‘different’. Writer/Director Heidi Saman herself went into university initially wanting to be a journalist, but then enrolled into a bioengineering course with the first immigrant dream of becoming a doctor, and perhaps simultaneously a journalist. She then changed her major to literature after taking a film class on neo-realism as a compulsory literature requirement, initially without her family’s knowledge. When there are little realistic representations of people that exist everywhere- such as first-generation immigrant students – there is no surprise that Steven Bassem experiences a slow mental breakdown, due to a deeply instilled fear that he was raised to be somebody, and that he may never have it in him to step into that vague, ambitious somebody’s shoes.

Namour is available to watch on Netflix, UK, USA, Australia, Canada, Ireland and New Zealand. Heidi Saman can be followed on her Tumblr @FourEyes. If you want more neo-realistic immigrant content depicting immigrants in a new, realistic light see Master of None and Jane the Virgin, and other Arab foreign language films, directed by Arabs – increasingly by Arab women.