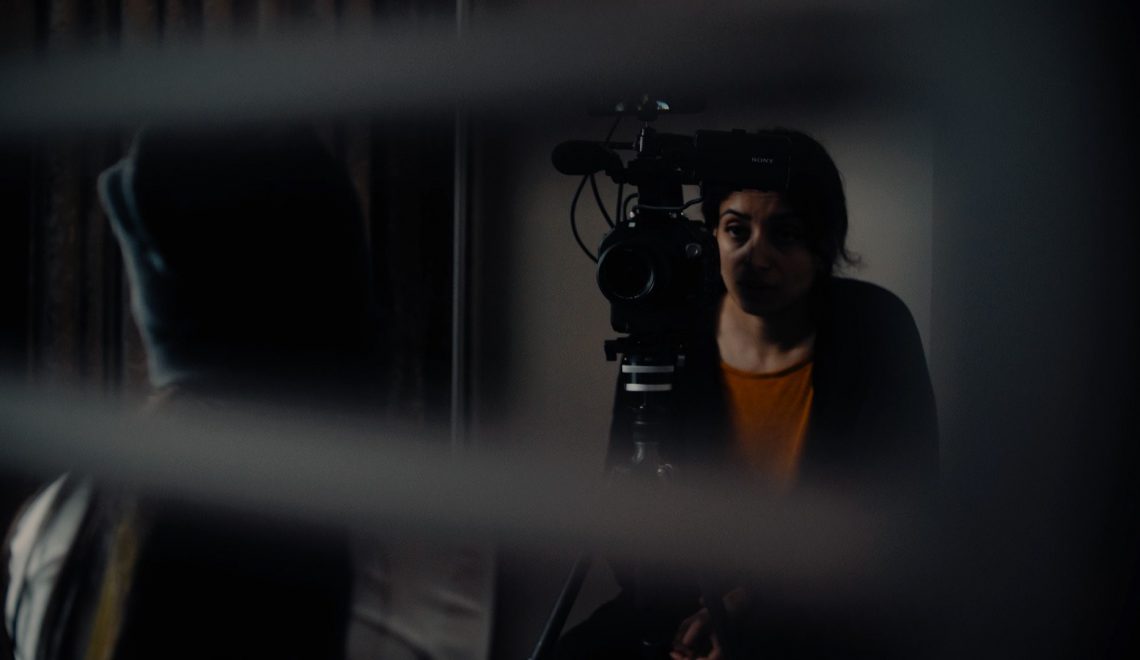 We spoke to sister-hood’s founder, Deeyah Khan, after an eventful year filled with personal and professional triumphs.

Last year you won several awards for your film White Right: Meeting the Enemy, including an Emmy. What is your reaction?

It’s been overwhelming. The idea for White Right came from my growing concern around the growth of white supremacist movements, particularly after I was personally targeted by racists for talking about multiculturalism. The film has had a tremendous impact. It feels like I’ve been going from one award ceremony to another. I never could have imagined such an incredible response to the film.

I am deeply grateful for the acknowledgement White Right has received: it’s an intimate and revealing film coming out at a time when it feels like the international political establishment is under threat from various kinds of populist movements. It’s a film that presents an understanding that’s essential to navigating the current political scene: the importance of human connections between groups.

I also believe there are a lot of human needs that aren’t getting met in our societies, and these tensions are being redirected into extremist movements. If our societies aren’t working, and if people are feeling alienated, we need to ask why. We need to figure out how we can regenerate our communities and build respectful connections between all the different groups within them. My hope is that this film goes some way to pointing to how we might build these connections through dialogue, and a willingness to confront our challenges together, openly and honestly.

To me this is more important than all the awards I have won, no matter how much I appreciate the recognition for my own work. Of course it’s important to recognise the work of the Fuuse team that support me and work with me in all my projects. I would not be able to do the work that I do without the incredible talent and hard work of my Fuuse colleagues.

There’s been a lot of buzz around White Right in the media with people eager to discuss its implications. How has that been for you?

White Right made it onto the Netflix platform. This placed it firmly in the public eye and it generated a lot of interest, long after the initial UK broadcast on ITV. As a result, I have done lengthy podcasts with Sam Harris and Russell Brand who both enjoyed the film and wanted to talk about it. Many people told me they felt this was an odd combination but I enjoyed both experiences hugely.

I only regret some of my comments when talking to Sam. I felt I unintentionally came across as a little dismissive of homophobia in the UK’s Muslim community. It is true that people of all faiths and none still struggle with accepting gay relationships: we have seen gay Muslims get married in the UK, while same-sex marriage remains illegal in Northern Ireland, for instance. But that doesn’t diminish the fact that according to Ipsos polls, around 52% of Muslims in the UK think homosexuality should not be legal, particularly older people. This is a real problem for younger Muslims who just want to love who they love. So I do wish I’d been clearer on this point. I also wish that at the time I’d more clearly pointed out all the work done within the Muslim community to combat homophobia and the courage of the people who take part in this activism. While on one hand, we see Muslim parents withdrawing their kids from British schools over the teaching of LGBT issues, at the same time there’s activism from Muslim-led organisations like Imaan and Hidayah. It’s a complicated picture and I feel I failed to do it justice in my conversation with Sam.

But otherwise, I enjoyed the experience very much. It’s really stimulating to get into a lengthy conversation with people who are interested in your ideas, and whose ideas I am interested in learning more about as well – maybe we aren’t exactly on the same page as each other on every issue, but we were ready to listen in a spirit of mutual learning. This is how change happens: through respectful dialogue.

You founded sister-hood to provide a greater range of voices expressing the diversity of women of Muslim heritage. Do you feel it’s living up to your ambitions for it?

I feel so proud of sister-hood: it’s very near and dear to my heart. I read it religiously, every week.

I established this online magazine with the intention of bringing to the forefront diverse voices and establishing a broader idea of what it is to be a woman of Muslim heritage. I wanted to challenge all the stereotypes in the popular media that positions us as either victims or perpetrators of violence, or constantly defines us by what we do or do not wear. Our lives as women of Muslim heritage are constantly reduced to such dehumanizing binaries.

I’ve also been interested to see the interplay between secular and religious ideas that we’ve developed on sister-hood. I’m very proud and grateful to be hosting these important conversations. What I love most about sister-hood is that through all of our output there is immense diversity of opinions among women of Muslim heritage, but that whether they’re very devout or have rejected religion, or whether they are somewhere in between, our contributors are all firmly committed to women’s rights within Muslim communities and states, and within the Muslim diaspora.

Something else that is really important to me is that sister-hood has become a space where women can share their experiences of abuse within their families and communities without it necessarily becoming linked to an Islamophobic narrative.  Crucially, sister-hood writers both highlight and challenge discrimination and abuse within Muslim communities, while also challenging and being critical of oppression and abuse they face from outside the Muslim communities.

Muslim women’s experiences are often impacted by multiple forms of discrimination. The layers of this are often ignored, depending on who is telling our stories and which moral or political points they want to score. This is one of the reasons why sister-hood exists: so that women can define for themselves what impacts their lives, whether it is FGM, ‘honour’-based violence, forced marriages or Islamophobia, war, becoming collateral damage in geo-political rivalries and Western-led wars, or racism or hate crimes. sister-hood gives the microphone to women so they can speak for themselves.

I’m also proud and constantly inspired by our sister-hood series of short biographies of women of Muslim heritage. Unfortunately within the public space people rarely acknowledge or speak about our foremothers: inspiring women who have left us a world with greater possibilities and fewer barriers. I always feel a little braver and a little stronger for reading about them.  These are stories of women everyone should know about.

I’m hoping that we can further grow and develop sister-hood’s potential in the future: there’s so much talent, so many interesting ideas and important debates going on, and so many stories that need to be told.

Anyone who is not reading sister-hood is missing out! 🙂

Towards the end of the year, you announced the birth of your daughter. What changes has that made to your life?

It’s changed my life completely. This little person has come into my life and turned it completely upside down – and I couldn’t be happier. Despite all the complications involved in having a baby when you travel and work as much as I do, just one glance at her sweet, perfect little face tells me that it’s all been worthwhile. But I am determined that while she’s impacting my life enormously, I don’t want my life to impact upon her any more than I can avoid it. As a former child star, I know the pressures of growing up in the public eye. I want to give her a childhood where she can express herself freely without hesitation or fear. That means I’m going to work to protect and respect her privacy as far as I can.

The other change is to my feminism. I’ve always cared passionately about women’s rights. I’ve always been deeply aware of the injustices between men and women. But now it feels personal on an entirely different, deeper level. I don’t want my daughter to grow up feeling in any way less than boys. I don’t want her to experience male violence, and sexual harassment. I don’t want her growing up feeling that her talents and abilities will go unrecognised because of her sex. So, just as I will have to prepare her for experiencing racism, as the daughter of a woman of South Asian heritage growing up in the West, I feel it’s now part of my job as a mother to reinforce her against a sexist society.

It’s challenging being a mother and working as hard as I do, but it’s so incredibly emotionally fulfilling. It’s like a whole new life for me as well.  I have never before experienced the depth of love that I feel for this little human. She makes me feel like a better person. She makes me smile every day. I need that: most of the work I do is very serious and emotionally draining. She is so precious to me. She brings me so much joy.

More films. I have a lot of projects that I can’t talk about now but they’re very exciting and represent a natural progression from our previous work. Subscribers to the Fuuse mailing list get regular updates on what we’re doing.