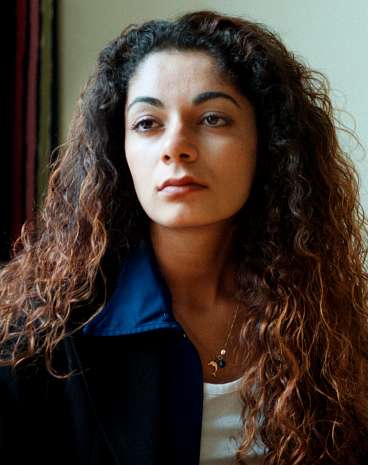 I thought it would help you to understand how vulnerable immigrant girls often are if I told you what happened to me. It’s not my intention to point the finger at anyone, only try to help you realize the why     s and wherefores of conflicts like those I’m going to describe, both from my own point of view and my family’s. – Fadime Sahindal.

Fadime Şahindal grew up on a farm in South-East Turkey, but emigrated at the age of seven. Her family were immigrants from a Kurdish village in the Elbistan region near Maltaya. Fadime was a link in a chain of migration to Sweden, started by her uncle, then her father, who finally brought across his wife and children.

As Fadime grew up in Uppsala, , she felt her life becoming more and more restricted, particularly in comparison to her Swedish contemporaries. Her family planned to marry her off to a cousin. She rejected this idea. Her resistance became particularly strong when she met, and fell in love with an Iranian-Swedish man named Patrik Lindesjö.

In September 1997, Fadime was seen with Patrik by members of her family, creating upheaval within her family. She was presented with a stark ultimatum: her boyfriend or her family. She chose Patrik. His family set marital negotiations in process: however, the broader Şahindal clan rejected the union. From this point, Fadime lived with constant death threats from her father and brother. She took public legal action against them. Both to increase her own security and to raise awareness of violence in immigrant families, she and Patrik agreed to discuss their situation on Swedish television.

Patrik died soon after filming, in July 1998 due to a car accident which took place on a day marked by heavy rainfall. It was the day that he and Fadime had planned to move in together. A few days later, a grieving Fadime was attacked and beaten by her own brother. The violence of his attack and the severity of her injuries left her briefly hospitalised. He was prosecuted and sentenced to six months in prison. Over this period, the TV documentary she had worked on with Patrik was broadcast, featuring footage of her brother’s violence, exposing Fadime and her family to more media attention. Fadime found herself at the centre of a media storm. However, she intended to devote herself to social work, with an interest in helping women and girls like herself.

On November 20, 2001, she gave a speech at the Swedish Parliament calling for attention to the situation of young women in traditional families like her own, and the tensions within immigrant families which she related to failures in integration. It was to be her last public appearance. Within two months of the speech, her father killed her.

On 27th January 2002, a week before she was due to travel to Kenya as part of a course in social studies, she visited her sister Songül in Uppsala. Fadime’s mother and her 13-year-old sister Nebile were also present – they had been accustomed to meeting Fadime in secrecy. However, Rahmi Şahindal, Fadime’s father, had noted their absence. He tracked them down and charged into the flat, shooting Fadime from the doorway. After the shooting, he told police, ‘Fadime was a whore. The problem is over now.’

The only relative that broke ranks to testify against Rahmi Sahindal during the trial was Songül, who did so under police protection. She testified that the murder had been organised by the family collectively, and that several of her relatives were complicit in the crime. Ultimately, her father was sentenced to life imprisonment.

Fadime’s funeral was televised live on Swedish TV. Along with 250 of her own relatives, it was attended by the Crown Princess Victoria, the head of Parliament, and the ministers of integration and justice and the archbishop. At the service, Canon Koivunen Bylund described her as ‘a martyr for our time’. Her coffin was carried by female relatives and she was interred in a grave next to that of Patrik Lindesjö. This grave was to become a site of pilgrimage for young women who related to Fadime’s experiences.

Fadime Şahindal opened the conversation on ‘honour’ in Europe. She also argued for the inclusion of immigrants in European societies, never failing to express compassion for her family’s situation, despite the violence she experienced. In her speech in parliament, she said, ‘If society had taken its responsibility and helped my parents to feel a greater stake in Swedish society then perhaps this might have been avoided.

Fadime acted to save her own life and those of other girls in situations like hers. Through ending the silence around ‘honour’-based violence in Sweden she became an icon for women’s pursuit of liberty in the face of restrictive and regressive cultural mores – as well as the responsibility European nations hold to acknowledge their struggles for freedom.