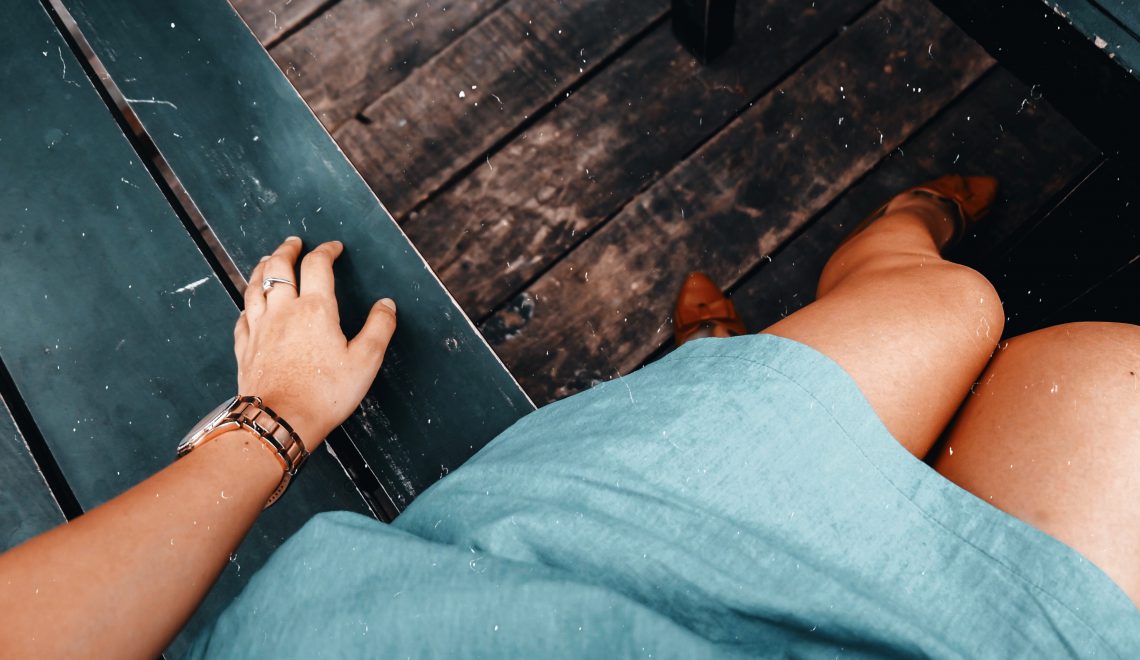 I grew up in a predominantly white, middle class town. There were four Asian-Muslim families in a population of approximately 10,000 people. My family was one. Between the ages of four and eleven, I attended a Church of England primary school. My siblings and I were surrounded by friends of White-English descent. We learned to share their morals, norms and values. Together, we overcame all of the typical trials and tribulations of secondary school and college; together, we forged some of our best memories.

We spent the long summer-breaks inside a makeshift den decorated with Moroccan-style cushions and various other props that we could get our hands on. Hot summer nights were spent outside on my father’s balcony, drinking tea, laughing and of course, eating my mother’s famous lamb samosas. We sat under the stars and talked about our dreams and aspirations. This did not include marriage. My sister and I were then oblivious to the societal pressures which we would encounter in our early twenties: the ticking time bomb – the requirement to be married by a certain age to conform to South Asian expectations.

There is undoubtedly pressure on women to get married in western culture. As a naïve teenager, I had envisaged my life plan: I would complete higher education by the age of twenty-one; I would have obtained my dream job by the age of twenty-five. By the age of thirty, I would be living in a luxurious apartment in one of London’s property hotspots. My action-plan had of course accounted for marriage with the man of my dreams. But it was always an afterthought.

The City of London is extremely diverse. I met and made friends with incredible young women of Asian and Muslim heritage. Over the course of three years, I established life-long friendships. I could have lengthy discussions about the latest Bollywood movie, the latest trends in Pakistani fashion, and South Asian politics with my friends. But this was also a period in my life where I began to experience tremendous pressure to get married.

There was a rush to get married as soon as possible within my friendship circle. They would often joke that they had to be married by the age of twenty-five. If they weren’t, then they would become ‘that’ girl the Asian-community would talk about. My friends were truly convinced that the ‘good life’ – indeed ‘life’ as a whole – would begin at the moment they got married. Despite my endeavors to argue that they didn’t need a significant other to start enjoying life, or pursuing their dreams and ambitions. I could not change their mindset or beliefs. I could not understand why life should be placed on hold until marriage. Life is short and unpredictable, so surely we should be spending our time trying to reach our maximum potential?

Towards the final year of university, I could see the desperation in their eyes. The concept of marriage was no longer about a life-long union between two people; it had become an Olympic sport. Nobody wanted the shame of coming in last. My friends who had yet to meet an eligible bachelor were constantly overwhelmed with feelings of fear and anxiety. They were inundated with pressures from their families to get married as soon as possible, along with the pressures of graduating university and the burden of finding a graduate job afterwards.

This is not applicable to every Asian family, but there is a common perception amongst Southeast and South Asian families that women are expected to get married in their early twenties, before they reach their proverbial expiration date at thirty. I do not quite understand the underlying logic. Perhaps it is because women in their early twenties are considered to be youthful and at the peak age for beauty and the capacity to bear healthy children. From a historical perspective, socio-economic and cultural factors presumably play a role. According to a recent survey carried out by the Japanese skincare company SK-II, only two out of ten Asian women feel comfortable with the idea of getting older. The reasons include pressure from family and friends to get married as soon as possible, the fear of becoming subject to society’s scrutiny for not being married or the burden to marry while they are still considered to be desirable and beautiful.

By the summer of 2016, the vast majority of my friends were either engaged or married. At this point, I had decided to remain calm. I reminded myself that there was absolutely no need for me to rush into marriage. But as much as it pains me to admit this, by 2017, all of my rationality had gone out of the window. That winter, my younger cousin was due to get married. I suddenly felt a wave of panic overcome me. Surely now, people would begin to talk about me behind my back. They would begin to pity me, because my younger cousin was due to get married before I was. Sadly, I had fallen into the same trap as my friends. Scared of being pitied, I talked myself into not attending my cousin’s wedding. I made up an excuse of having to work overtime that particular weekend. The worst part is that when I heard that my cousin was getting married, instead of feeling joyous and elated on her behalf, I felt a sensation of guilt and a feeling of being sorry for my parents. I felt as though my heart had broken into a hundred pieces. I knew that my parents would feel heartbroken at the thought of my younger cousin being married before me. Writing this, I am able to appreciate how absolutely ridiculous and irrational this all sounds. This negative mindset is a consequence of the societal pressures imposed upon us.

I will never forget the expression on my best friend’s face that day. Dorothy sat on my bed and listened to me rant that my then-boyfriend was making an absolute mockery of me by not asking for my hand in marriage. I told her that he was by far the most selfish and cruel human being alive. My frantic rant ended with ‘doesn’t he understand that my eggs are slowly dying and that I’m about to hit menopause soon? A woman’s chances of conceiving decrease as she gets older!’ Dorothy calmly pointed out that we had been dating for less than two months. I had truly lost all perspective. Worse, I had begun to lose myself. I had become obsessed with this idea of marriage without considering the significance or the monumental challenges of marriage.

Earlier this year, my engagement was called off. Any of you who have been through heartbreak will know how difficult the healing process can be. They say that time heals all wounds, but I am still haunted by the thought of him. I can still clearly recall the day that my mother and I cried. My mother is by far the strongest woman that I know. She was always and continues to be my greatest strength. She encouraged me to use this time to focus on my own self-development, to focus on my career and to always remain grateful for all that I have been given in this life thus far. She always reminds me that ‘What is meant for you will reach you even if it is beneath two mountains; what is not meant for you, this will never reach you, even if it’s as near as your upper and lower lips.’

Despite the endless love and support from both my mother and my closest friends, I found myself on a date with another man just nine days after my engagement was called off. I had never felt more desperate to get married. At that particular point, I could not have cared less about taking the time to mend my broken heart. I had convinced myself that I was undeserving of real love – and ready to settle. I was planning to give myself to someone for the rest of my life purely out of the stigma of being single. Over the course of one month, I was able to get to know this person better, and although I thoroughly enjoyed his company, I had never felt so lost in my life. I successfully persuaded both my sister and my friends that we were compatible with one another and that we could make each other happy for all of eternity. The only person I wasn’t able to convince was myself.

After suffering from panic attacks and a severe loss of appetite, the penny finally dropped and I came to my senses. It dawned upon me that I am a strong and intelligent young woman. I am financially independent, career-motivated and surrounded by some of the most incredible and loving woman who I am privileged to call my friends. From the bottom of my heart, I thank you for the kindness which you always show me. I started to think about all of my dreams and aspirations and questioned why and how I had come to be so obsessed with the idea of marriage. Why did I care how I am perceived by the Asian community? Marriage can certainly bring happiness and joy into our lives, but it is not the be-all or the end-all. Happiness is merely a state of mind. It is something that can only be determined by ourselves.

I want to remind you that you are more than enough, and that you are not defined by your relationship to marriage. You should never feel pressured to enter into a marriage, nor ever rush such a significant decision. It does not make you less worthy if you are not married by a particular age. Should you feel that your mind is consumed by thoughts of marriage, and the pressure to get married as soon as possible, I encourage you take solace in the fact that Allah S.A.W. has already written a beautiful plan for you. The ink has already dried and the pen has been lifted. Change your mindset and channel your energy into doing the things which spark joy in your life. Only you are able to decide for yourself who you are, who you aspire to be, and decide upon what really matters to you.