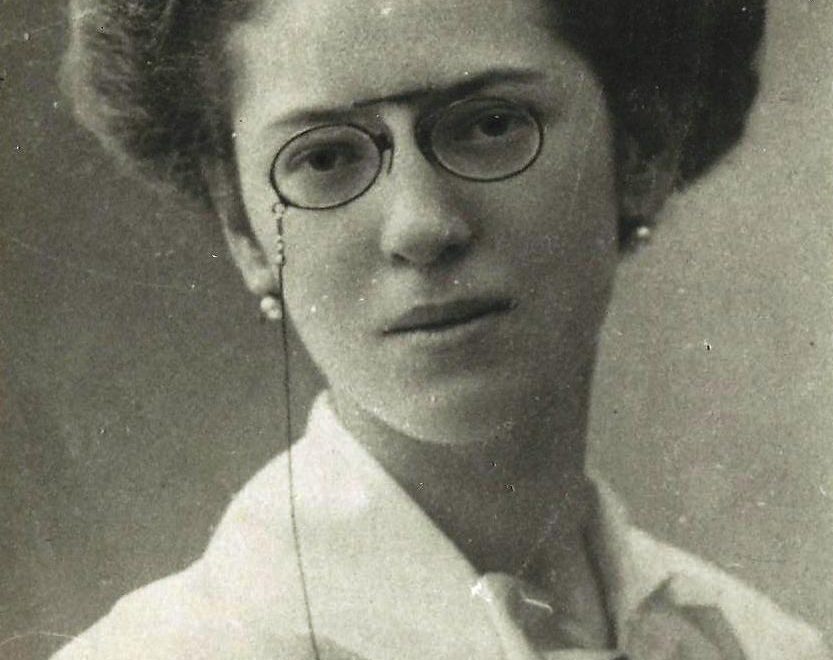 ‘I’m an artist. My musical world is in mourning…Even if they send me into exile, I won’t be destroyed. I’ll set up a music club and dance, sing and play.’ – Khadija Gayibova

Khadija Gayibova was a the first professional female pianist in Azerbaijan, and one of the first Azerbaijanis to perform traditional folk music on the piano. She was executed during Stalin’s great purges of the 1930s.

Khadija was born Khadija Muftizadeh in Tiflis, which is now the capital of Georgia. Her father was a scholar of Sunni Islam, and her mother was from a family of Tatars from the Volga region. Khadija attended the St Nina Gymnasium for Girls for ten years, starting in 1901, where she learned to play the piano. Finishing school at the age of 18, she married Nadir Gayibov, the son of the Mufti of the Southern Caucasus. For the next few years, she taught at the local school for Muslims. The couple moved to Baku when she was 26, where Khadija began her career as a performer.

Her playing style featured improvisations on the piano based in traditional Azerbaijani folk music, including in the mugham style, which blends music and poetry in ways similar to opera. She was also a music educator, developing piano and drama classes for women at the Music and Drama Studio for Turkic Women. Her work led to her appointment as director of the Oriental Music Department and the People’s Commissariat of Education, established by the Soviets. She designed a course in traditional music and started a choir for children. She was also one of the founders of the Azerbaijan State Conservatoire, an association for professional musicians.

Within the Conservatoire, she devoted herself to the study of theory and composition under a professor, and, from 1934, the collection and conservation of popular Azerbaijani music. She became an important figure, and met with many of the leading musicians of the period at musical salons she organised. Prior to the Bolshevik capture of Azerbaijan, she had entertained Turkish and English officers at these salons, as well as the leaders of the Azerbaijani political party Musavat. This drew the attention of the Soviet authorities who suspected collaboration with Turkey. In 1933, she had even been charged with espionage and held in custody for three months, then released due to a lack of evidence.

In 1938, she was arrested once more and charged with being an ‘enemy of the people’, along with her husband. The accusations against her included espionage on behalf of Turkey and support for Musavat. The core piece of evidence came from a torture victim who had given up hundreds of names to the Soviets. Khadija was imprisoned with over 30 women, mostly the wives of officials who had been arrested. One of her fellow prisoners remarked on Khadija’s extraordinary resilience in custody:

Khadija Gayibova was also a very strong-willed and cheerful woman. She had brought a Circassian dress, long-sleeved boots, silk socks, and even a small rug with her. It was as if she didn’t care about the world. Khadija also paid attention to her tidiness in this cramped, stinking cell of the prison, behaved cheerfully, sometimes hummed songs, wore beautiful clothes and danced.

On 27 October 1938, in a trial that lasted a quarter of an hour, Khadija was sentenced to death. She had refused to plead guilty, believing that she would be exiled to Siberia at worst. Her property was confiscated, and she was shot in Baku. She was 45 at the time; her daughter Alangu was 12 years old, and her son Abdelkarim was 23.Sixteen years later, due to campaigning pressure from Alangu, Khadija was officially exonerated of any crime.