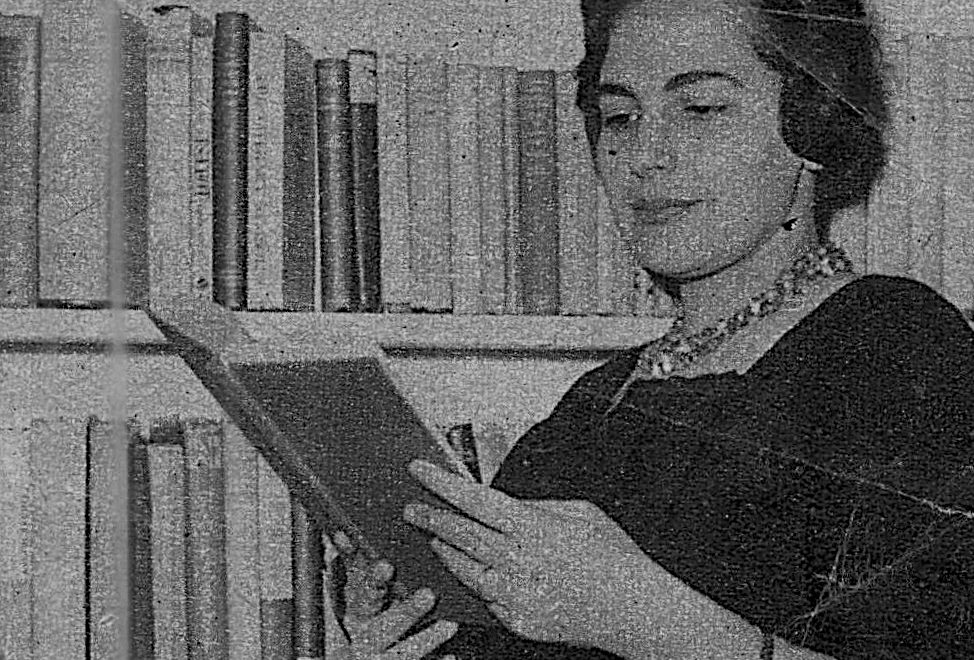 The woman at the beginning of her second marriage was a different woman from the one she was at the end of it, and during both these phases, she was different from the woman who entered the City Prison in 1949 and from the shy young woman who began at Fouad I University in October 1942 – Latifa Zayyat

Egyptian novelist, professor, communist and anti-colonialist, Latifa Zayyat was born to a middle class family in Dumyat. She was one of the first generation of women to receive an education. She described her father as an affectionate man with a ‘soft voice and a proud bearing’, and her mother was an accomplished teller of stories.

At eleven years of age, looking out from the balcony of her house, she witnessed bloody conflicts between British forces and Egyptian protestors, in which 14 Egyptians were killed. She described the event as a terrible coming-of-age experience, where she was unable to help those suffering and dying in the streets: ‘I shed the child in me and the young woman came of age’, she wrote.

She became one of the leaders of the Egyptian student movement in the 1940s, where her politics were not only anti-colonialist, but Marxist. She saw as Marxism as working towards the ‘absence of discrimination in religion, race, sex…’ She studied English at Cairo University, graduating in 1946. In the same year, she was elected secretary of the Students’ and Workers’ National Committee, a testament to her abilities in what was, and remains, a highly sexist society. From 1948-9, she and her husband moved house five times to escape arrest. However, in the end she was apprehended for her role in the Students’ and Workers’ National Committee and imprisoned. By the end of the 1950s, she had been imprisoned twice for her political activities, with a suspended sentence of two years hanging over her head.

She received a PhD in 1957, becoming a professor in the women’s college, where she would later serve as head of the English department for seven years. On finishing her thesis, she poured herself into writing her first book, The Open Door, which recounts experiences of student activism similar to her own, covering a decade starting from 1946. The events of the book comprise the revolt against the British, the rise of Nasser, the nationalisation of the Suez canal and the British/French attacks that followed. The political narrative is linked with the protagonist’s experiences as a young woman pressured to marry her cousin from the point that she begins to menstruate.

The book was published in 1960 and immediately drew criticism for its use of colloquial Egyptian rather than formal Arabic. Despite being unanimously chosen as a prize-winner, a traditionalist critic threatened to leave his post unless it was denied the prize. However, the novel was popular, being adapted into a film in 1964, as well as a theatre production. It was considered a pioneering work for merging political sensibilities into a poetic realism.

She divorced her first husband to marry again. This second relationship started in 1952 and lasted for 13 years. It was not a happy marriage. The couple moved constantly, draining Latifa’s energy and creativity: ‘I lost the ability to choose to move, to act, to do anything – for a long time’, she wrote.

In 1965, the couple divorced, and with a new spurt of creativity she wrote a play – Buying and Selling. She also contributed a monthly column to Hawa magazine, covering women’s issues. The play was never produced, however, because Latifa felt its focus on personal life was inappropriate in the fraught political context of the conflict between Egypt and Israel, and Egypt’s defeat in 1967. Dispirited, she lost the optimism and faith in solidarity that had characterised The Open Door, and ceased writing altogether. However, she continued working in the educational and cultural sectors. She represented Egypt at the United Nations women’s conference as well as at the Union of Arab writers and the Palestine National Council.

She was imprisoned again in her late fifties under Sadat. She had formed, and was the leader of, an organisation which sought to problematise Egyptian/Israeli relationships and promote Arab solidarity. In prison, she met other radicals, including Nawal el-Sadaawi. She also recommenced writing, assembling her autobiographical notes which would later be published as The Search.

She died of cancer at 73 years of age, leaving three novels, a collection of short stories, a play, and a memoir, along with literary criticism, including nine critical works on Anglo-American writers, as well as reviews, essays and translations. A few months before her death, The Open Door was belatedly awarded the Naguib Mahfouz prize, redressing its rejection at the time it was first published.