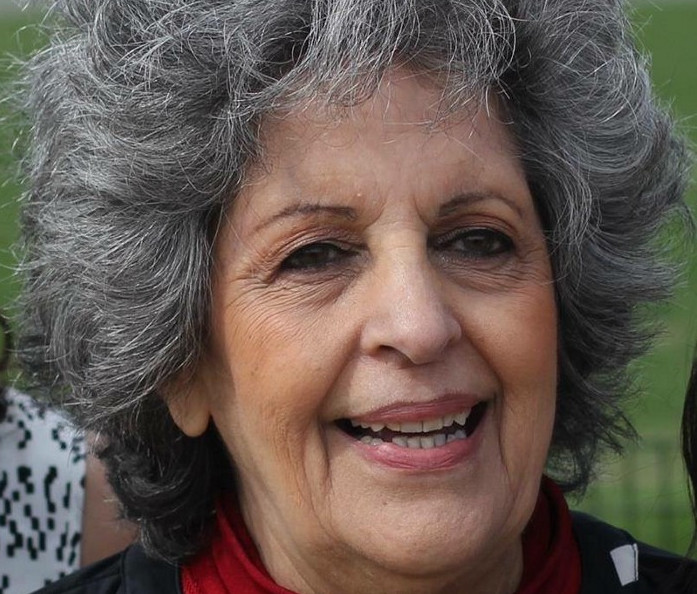 The feminine perspective is extremely important, because no one has paid attention to it in any of the translations (of the Qur’an) into other languages. So it is very easy to misintpret the role of women in Islam, or ignore it! – Laleh Bakhtiar

Laleh Bakhtiar was an American-Iranian Sufi scholar and psychologist, who produced her own translation of the Qur’an, the first critical translation in any language.

Laleh’s mother, Helen Jeffreys Bakhtiar, was a lieutenant commander and nurse in the US Navy. She travelled to Iran, working with the nomadic Bakhtiari clan. At 22, she married an Iranian doctor 30 years older than herself. Helen had a deep love of Iran, moving between New York and Iran for the rest of her life. Abol Ghassen Bakhtiar was the first Iranian to obtain a medical degree from an American university. Penniless, he paid his way through his degree through working as a wrestler and boxer.

Laleh herself was born in Tehran, but moved with her sisters and mother to New York in 1939 when the American Embassy advised American citizens to leave the country. The Shah had sided with the Germans in World War II, and their safety was at risk. At the end of the war six years later, Helen took her children back to Iran, but she found the relationship with her husband had changed. The couple agreed to send all seven of their children to America for an education, then divorced.

In America, Laleh was raised as a Christian. She attended a college for women in Pittsburgh. At college, she and a friend scraped up enough money to visit her brother, who was studying at Harvard. On the visit, she met her brother’s friend, the Islamic scholar Seyeed Hossein Nasr. She describes the meeting as being transformative:

Seyyed Hossein Nasr brought me from Christianity to Islam. Instead of first teaching me to be afraid of God, which often happens if a teacher begins only with the “Sharia” (the Islamic law which forms part of the Islamic tradition), he taught me through Erfan (Islamic mysticism). In this way, I developed a deep love of God. In other words, instead of beginning with what God has asked me to do (daily prayers, fasting, etc.), I began by not doing what God has asked me not to do (eat pork, gamble, drink alcohol) and then learning the practices. By first giving up what God has asked me to give up, I grew closer to God. I actually fell in love with God so that religion became my whole being, my whole personality and my whole reason for living. In addition, coming from Christianity to Islam I realized I did not have to give up my love for Jesus and, in addition, I gained Muhammad (PBUH).

Nasr would remain Laleh’s religious mentor throughout her life. At 19, she changed her name from Mary Nell to Laleh – a Persian name, like those of her siblings, which means poppy. Laleh and her husband Nader Ardalan moved to Iran in 1964, where the couple lived for ten years. Nasr suggested they co-author a book on the spiritual dimensions of Islamic architecture. Following the publication of this book, she was approached to write an introductory book on Sufism by Thames and Hudson. After her divorce, she became a full-time writer, working for Kazi Publications, the oldest Muslim publisher in North America. She translated the works of Iranian revolutionary writers Ali Shariati and Morteza Motahhari for this imprint.

The couple divorced in 1979, and she gained custody of her three children. She studied for further degrees in her 50s, as a grandmother.

It was a book project for students that inspired her to tackle the most significant writing challenge, and the seven-year project for which she became widely known. After writing an introductory text for students on the life of the Prophet in 2000, she was struck with a question: ‘How can I write the life of the Prophet without the whole of the Qur’an in his life story?’

Disappointed with the available translations of the Qur’an, she started creating a new English translation of the Qur’an from Arabic, having studied for a PhD in Qur’anic grammar at Tehran University as well as with a private tutor. Her translation focussed closely on the vocabulary to create a concordance database for the purposes of her analysis. Some of her translations were unorthodox, and attracted controversy. In particular, ayah 3:43 has always been problematic, being used by men to justify the abuse of their wives. Laleh provided a novel translation, which she felt more in tune with other ayat, advising husbands to leave their wives in peace rather than beating them.

Feeling intellectually invigorated by this experience, she wrote a further 40 books. Altogether, she wrote, edited or adapted 150 books over her lifetime. In May 2016, she received the inaugural Lifetime Achievement Award from the Mohammed Webb Foundation in Chicago.

She died in Chicago of a rare blood disorder. Her children issued a statement reading ‘Our Mom lived a rich and fulfilling life as a scholar, a mother, a grandmother, a sister, an aunt, a friend, a mentor, an activist and a global citizen. She has been our greatest champion and guardian angel. May she rest in power.’