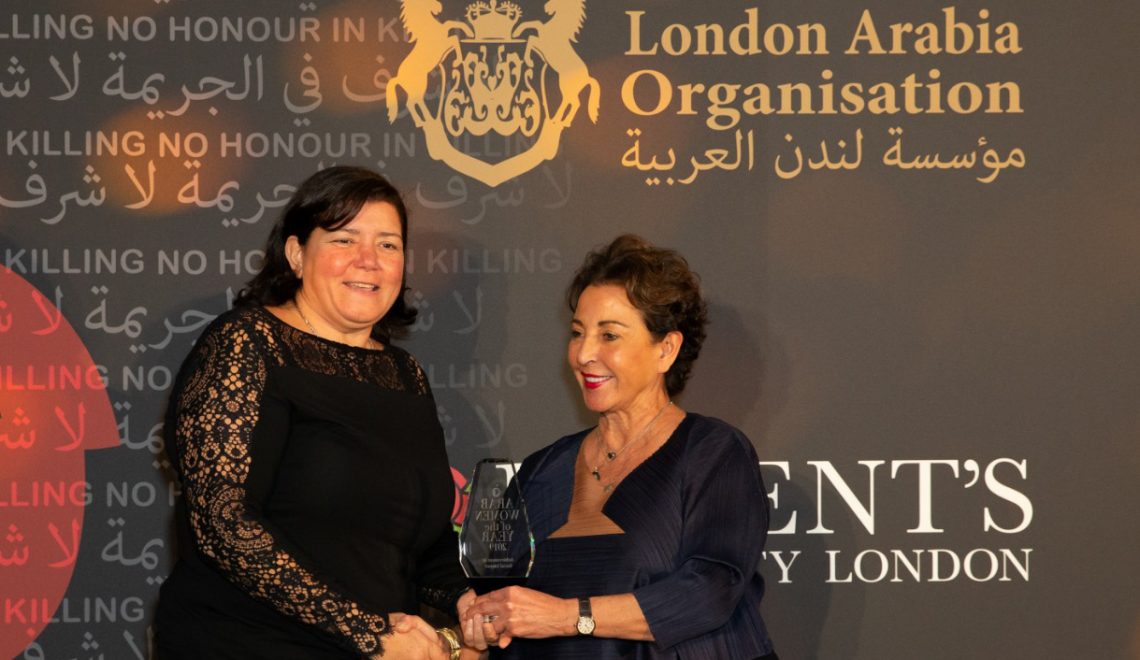 Award-winning journalist and human rights defender Rana Husseini is best known for her campaigning work against ‘honour’ killings in Jordan. She recently won an Arab Woman of the Year Award for the social impact of her campaigning work for women. We asked Rana some questions about her work.

Congratulations on your award! You’re one of the first activists who put the problem of ‘honour’ crimes on the map in the Arab world. How challenging was it to open up such a taboo subject in a conservative society?

At the beginning it was extremely challenging, since no one really wanted to talk about this topic because they considered it taboo or a ‘family issue’.  Also, officials were not very cooperative when I tried to obtain information at the beginning of my career.

You’ve campaigned for harsher sentencing for ‘honour’ crimes. Why is this necessary?

It is important to secure the appropriate punishment for the victim’s sake. They were killed unjustly, their right to life stripped away by someone who believes that he (or she) is entitled to be their judge and executioner. People who commit such crimes need to know that they will spend a long time behind bars if they kill one of their relatives for reasons related to family honour.

Jordan has changed massively in its treatment of potential victims of ‘honour’ based violence over the years – from locking them up in prisons ‘for their own protection’ in the past to opening a specific shelter for them in 2017. How did that change happen?

I believe the activist work by the women’s movement played a major role in pushing the government to open the safe house for women.  It took the movement around 20 years to convince the government but in the end our efforts paid off.

Have you noticed changing attitudes to ‘honour’ crimes and women’s rights in Jordan over your career? How does this compare with the rest of the Arab world?

I believe that there has been a major change in society’s attitudes, towards rejecting these crimes. When I started my work, many people were supportive of, or accepted, these crimes.  But over the years, their attitudes started changing, thanks to work by activists, and awareness raising and other activities which were initiated by everyone in Jordan, involving the Royal Family, the government, feminist activists and others. I also believe that the topic has become widely discussed in the Arab world due to the many activities that were conducted in Jordan, as well as several other factors that played a role in broaching many topics that were previously considered taboo.

Many countries in the Arab world, including Jordan, have family laws which discriminate against women. What problems does this create? What needs to be done to end this injustice?

There’s been a tremendous increase in civil activism in the Arab world over the past decade, with regimes falling across the region. What do you think will be the outcome of these changes?

I believe change will happen for the better –  eventually.  But as is the case in the west, it will take time to make positive changes following wars and revolutions.  But eventually people will take control over their lives.

Jordanian and other Arab feminists have been increasingly engaged in struggling for their rights. Are there particular challenges these women face?

I believe that patriarchal society and some decision-makers and people in power, mostly men, are against women’s rights. They do not want to see their power slip away.  So they stand against change, and women’s rights.

What are the greatest achievements of the Jordanian women’s movement to date?

I believe that changing the laws and the way the judiciary treats cases of violence and murder against women and children was one of the main changes. These crimes are now being treated seriously and investigated properly by the justice system. Also, the courts have started handing tougher sentences to perpetrators of so-called honour crimes.  The opening of the safe house was an important milestone. It has helped change people’s attitudes towards these murders and violence against women in general.  There are other important factors too, such as the increase in women’s presence and involvement in political and legislative life.

Why is journalism important to women’s rights activism?

It is important because it has the power to expose violations against women and children, and because it works to raise awareness about women’s rights and what needs to be changed in society.  It also offers information to women who have been abused and helps them to seek help and guidance.