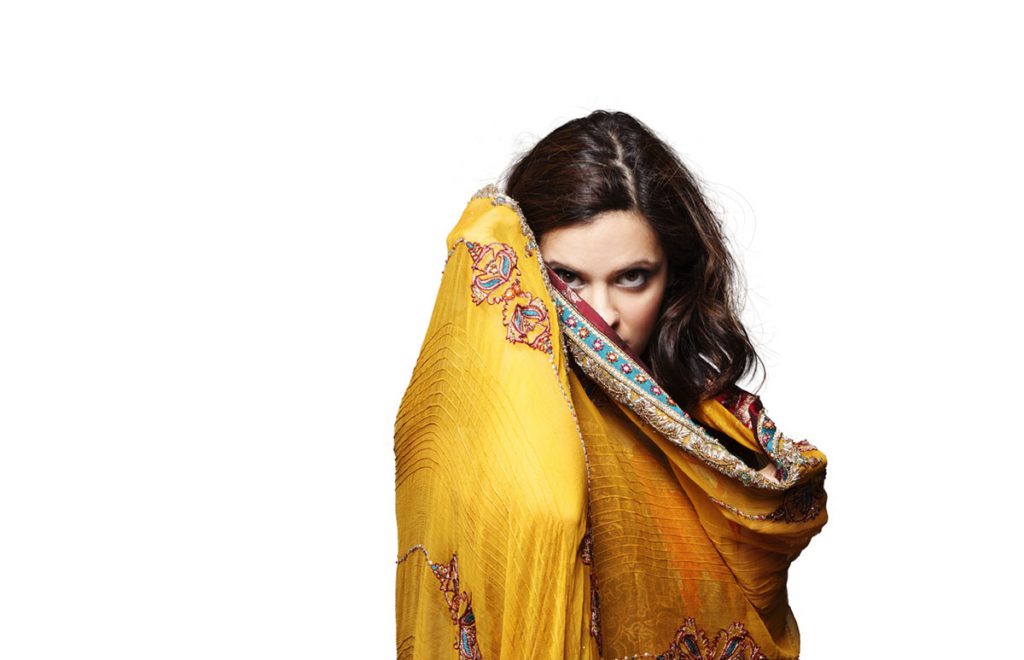 Nadia Manzoor is a British Pakistani actor, writer and producer whose autobiographical one-woman show Burq Off about growing up in a conservative Muslim family in the UK has been an international success. She also co-created Shugs and Fats – a comedy web-series about two hijabis living in Brooklyn.

What were your experiences of growing up in a Muslim family in the UK?

As a child I was embarrassed by my mother when she came to pick me up from school in her shalwar kameez. It meant I couldn’t participate in sports because I wasn’t allowed to wear the sports knickers everyone had to wear (frankly no one should have to wear those)! It meant that when everyone else started talking about boys and going to parties, I didn’t. It meant that while everyone else around me seemed to be raised to fulfil their own interests, I was being raised simply for marriage and motherhood.

There was a major disconnect between what I was learning and being exposed to at school, and who I was being moulded into at home. I felt like a yo-yo, unable to reconcile the different values and expectations of both worlds. At home, there was no room for perceived ‘western’ behaviour. At school there was no understanding or inclusiveness about what it meant to be something other than white and English.

Do you feel you have resolved that tension?

Yes, I have – many years later. This is because I have taken myself out of situations and groups where I am not accepted. But mainly because I have learnt to accept the paradox of cultural values that are present within me. I identify more with my global humanity than any other defining characteristic. As a young person I was confused about how to be a good Muslim in a western world, and now I’m more focused on being authentic to my experience in a complicated but beautiful world!

What drew you into performing?

The joy. To be on stage, expressing yourself and finding joy in your experience and sharing it with an audience. I felt alive when I danced on stage, or performed in my improv troupe, or did a play, or read my work aloud. It also concretised my creativity in a way that was new to me. My creativity had always been isolated and solo until I started to perform. 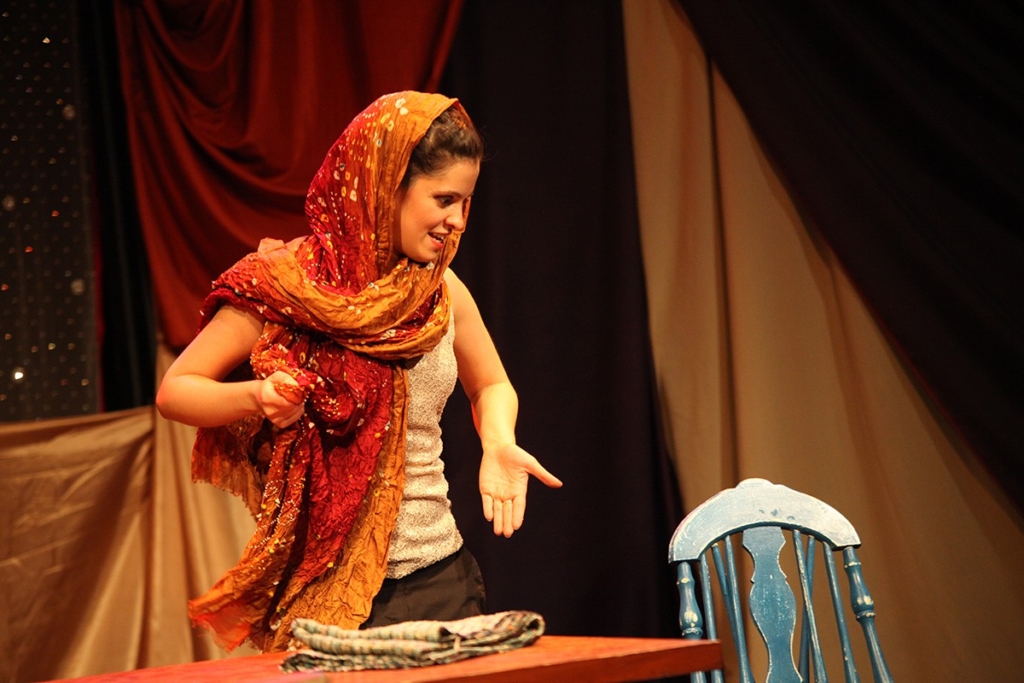 Your show Burq Off explored your family relationships. Was it hard to put these things on stage? What was the reception?

Burq Off was in development years before it found its stage voice. I had worked through a lot of the difficulty in presenting this work, and adding humour to the actual performance gave it a lightness that I loved. It was hard, in that I had never learnt 40 pages of lines before, and also I was sharing so much that was intimate about myself and my family – but I found a remarkable confidence in the anticipation of sharing this raw story.

The reception has been beyond anything I expected. 99% love, appreciate and connect with the show. With my father, it only brought us closer. He has expressed his pride in the show, and in me – time and time again. So much so that he single-handedly sold out my entire London performance. He connected deeply with the story, and has reflected on how he had been controlling. He sees things in a different light now. There was immense healing between us as a result of this show.

You’ve presented Burq Off in America and the UK. Were there differences in how it was received? Where would you like to take it next?

The crowd in the UK resonated with the show on a different level. The South Asian population of the UK is larger, and South Asian culture is more integrated into the cultural fabric, so it hit home in a completely different way. In the US, it often feels like the audience is learning about Pakistani culture for the first time. I’ve been to Canada and South Korea with his show. Next, I would love take the show to Europe, where the dialogue about immigrant assimilation is huge. Also, Pakistan and India!

You talk about the support and collaboration between women being important in your professional development. How has that helped you so far?

In every way. It was my all female writers group that first convinced and supported me in even writing this story. They helped my find the themes, my voice, the mission behind telling this story. Then I collaborated with my creative partner, Radhika Vaz – who supported me in finding the story as a performance piece, and who performs with me in the web series Shugs and Fats. She’s my creative other half. We play together, we make each laugh, we go through rough times together, and we create and make things happen. It’s like another marriage.

Finally, I found my director, also a powerhouse woman, who helped me find the arc for stage. It has been women all the way, and of course the constant support from my Dad and my husband. They are also heroes!

What do you like about the short video format you use in Shugs and Fats?

It allows you to play, find what you are doing, find the vision, the characters, the comedy. For us, as improvisers, it made the most sense in transitioning to screen. We knew how to write characters, but were less experienced with arcs, and telling stories on film. Shugs and Fats allowed us to understand what we were interested in doing and how we wanted the characters to grow. We are currently developing Shugs and Fats into a full length pilot for Amazon!

Watch more episodes of ‘Shugs and Fats’ here.
How do you work with and against stereotypes in presenting Muslim women and families?

I try and stay true to my own experiences. Sometimes, that might fall into existing stereotypes, and when that’s the case, I try and go deeper into the perspective of the stereotyped character. With Shugs and Fats though, we are working consciously to bust as many stereotypes as we can and just show these woman as badasses that are complicated and loud and ridiculous – and human!

What advice would you give to young women growing up in Muslim families and communities who want to challenge the expectations placed upon them?

Give your families and communities the option to engage in these difficult conversations. I didn’t give my family that trust for a very long time, but this really depends on the level of pushback you receive from your familiy. If you are in fear of your family physically hurting you, then you need to find the resources to support you to leave. If it’s about a disconnect in communication and understanding, then push through it. These conversations are challenging, because they deal with the core of our identity – but they need to happen for real breakthrough and for new possibilities to emerge.

You describe yourself as a feminist. What does that mean to you?

Because feminism is a rebellion against everything I was always instructed to do as a young girl – be quiet, be meek, be pretty – so that one day you’ll be lucky enough to be picked by a man.

Feminism is about women reclaiming their own power to be active participants in the lives they want to live and the communities they want to build. I think it’s also about the need for a shift in overly masculine dominance – the large systems that exist are mainly masculine – competitive, violent and emotionally repressed.

To me feminism is about the rebalancing between masculine and feminine principles – it’s about the need for true collaboration, collective leadership, empathy, love and respect for the earth: it’s about cherishing life, it’s about unity, it’s about inclusion –  and not being solely focused on constant progress. 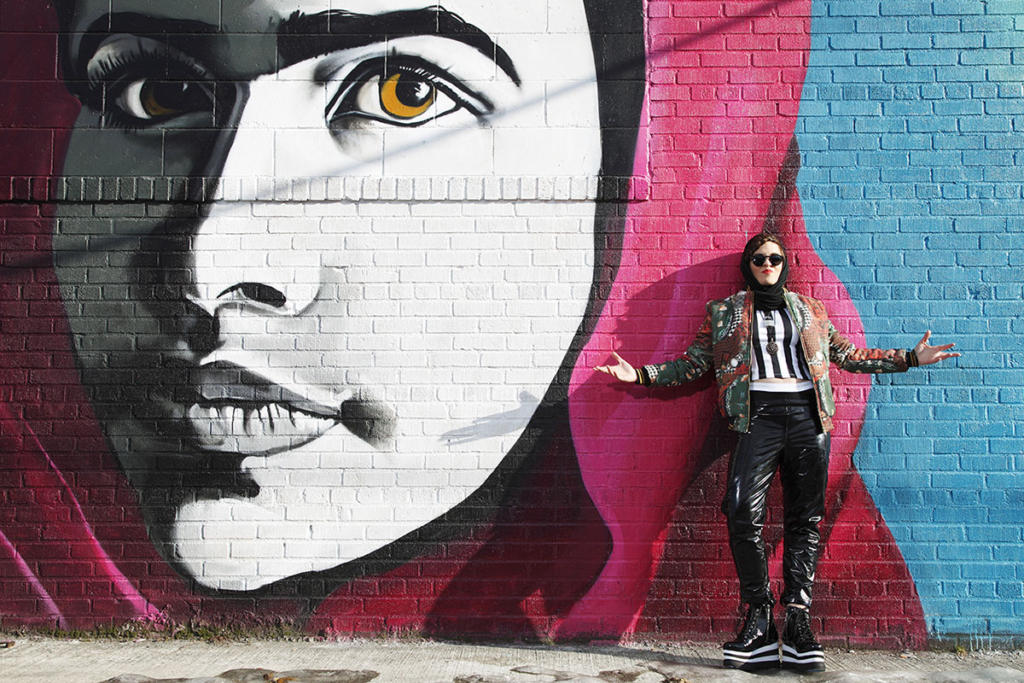 What are you planning to do next?

I’m working on a couple of new tv shows – all female lead comedy. Also I’m working on my first short movie, an adaptation from my solo show, Burq Off. Can’t wait for that! Also working on Shugs and Fats’ pilot for Amazon – and incubating a baby! So full creative mode!!