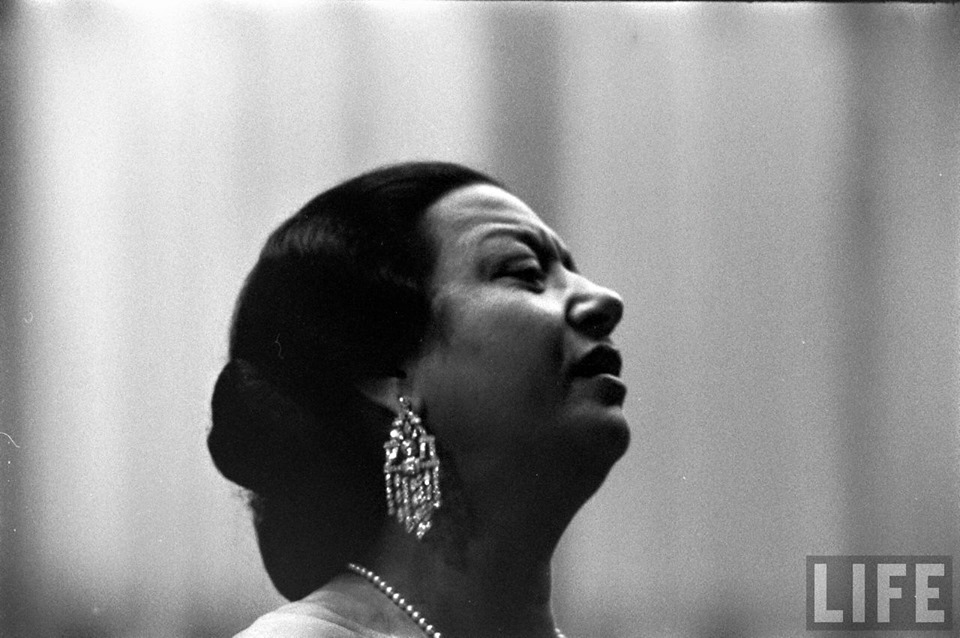 Over a career spanning fifty years, which included two world wars, the Egyptian Revolutions of 1919 and 1952, and the Great Depression, Umm Kulthum became recognised as one of the most influential Arab musicians in history, noted for the power and precision of her singing. She sold over 80 million records worldwide becoming a pivotal figure in the development and preservation of Egyptian culture. Her primary domain was the concert hall, but her voice was heard far beyond those confines, largely through the new technologies of the gramophone record and broadcast media to become part of the fabric of everyday life in Egypt, to transport audiences nationally and internationally. 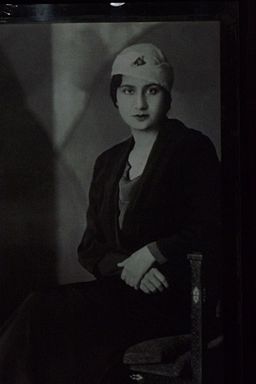 Umm Kulthum was born Fatima Ibrahim around the turn of the 20th century in rural Egypt. She grew up in a mud-brick house in a rural village on the Nile Delta, where she sang in neighbouring villages with her father, who performed at weddings and other community events. From a young age, she was steeped in a tradition based in Quranic recitation. She only learned to sing modern songs through listening to a phonograph at a friend’s house. At first, a girl singing was considered a novelty, but Umm Kulthum swiftly began to outshine her male relatives becoming in hugely popular in the surrounding villages.

A local merchant saw her potential and proposed holding concerts, a relatively new type of event at the time, and selling tickets for the girl’s performances. While these were profitable, music remained a low-status occupation, where female performers were particularly likely to be suspected of ‘loose morals’, despite the fact that many singers at the time learned their trade through Quranic recitation. It proved to be a lucrative career, and Umm Kulthum’s appearance fees increased from 10 piastres to 1.5 Egyptian pounds between 1910 and 1920, making her the main earner of the family, taking her widely across the Delta region. As her fame increased, she was called on to perform in Cairo, notably for the elite Abd al Raziq family. Between 1922 and 1928, she established herself in the capital, moving from ingénue to major star at an extraordinary pace via the newly developing networks of theatres and concerts halls. Singing traditional and religious songs dressed in the fashion of a Bedouin male, she became perceived as gauche by the elite, once her novelty value had worn thin. This did little to dent her appeal as a recording artist, however, and she produced 14 works for Odeon Records between 1924 and 1926. She performed new, secular songs and was handsomely paid.

Unlike other musicians whose appeal was confined to the cities, Umm Kulthum’s history of performing across rural Egypt gave her a greater recognition outside the capital, leading to massive sales. Through her canny business skills, Umm Kulthum became enormously wealthy, taking a greater control over her career, including commissioning songs and training her voice further. By 1926, she cast off the ‘Bedouin’ image, finding more accomplished musicians to replace her relatives, and revamped her image to be more in line with elite women, modest but elaborate djellabas.

During the depression, declining ticket sales threatened her performing career, so for the first time she ventured outside Egypt to perform abroad. From the 1930s, she developed the most important fixture of her career: public broadcasts on the first Thursday of every month. These broadcasts were to become a national institution. She toured widely, including private performances for the powerful and wealthy.

It was also over the 1930s that Egypt’s cinema industry developed, and Umm Kulthum featured in six films, in which she often played the role of a singer, mainly in romantic fantasies set in Arab history. She became president of the Musician’s Union in 1945, despite opposition from those within the organisation who rejected the idea of women holding authority.

Across the 1940s, when nationalist tensions rose, she came to stand for a neoclassical reinvention of Arab traditions which countered competing Western values, drawing upon the importance of poetry and music within traditional Arab aesthetic values. She worked closely with her composers, demanding the highest standards, requesting several rounds of amendments on every song. Her concerts were often lengthy: lasting from 9.30 until midnight, involving three songs, of which each could easily be over an hour in length. She made history in 1967, when a seven-hour concert caused the Olympia in Paris to stay open until 3 am, later than it had ever done before, even for the works of Wagner. 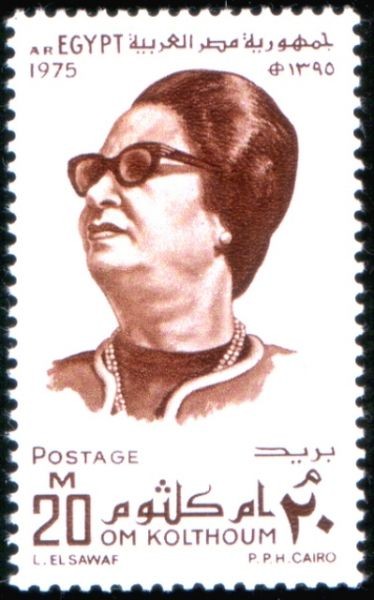 From the mid-1940s, she was hit by a series of personal difficulties – chronic health problems with her eyes and thyroid, the death of her mother in 1947, followed by the death of her brother Khalid, and a failed marriage, as well as a complicated relationship with one of the King’s uncles. Ultimately she married one of her doctors and a long-time concert goer. From 1955 onward, she reduced the number of her performances, when many of her contemporaries were retiring. Over this period, she also became more outspoken, expressing support for the Egyptian military, and developing a friendship with President Nasser and other nationalist leaders.

Over the 1960s, there was an increase in media, which included the arrival of television. Umm Kulthum participated in the opening of the first Egyptian TV station, but was reluctant to have all her live performances filmed, particularly disliking close-up filming.

She died of heart failure in 1975. Her funeral was a day of national mourning, attracting four million mourners. She remains a central figure in Arab music, and culture, as a symbol of artistry, known as the voice and face of Egypt: a national icon who never lost touch with the everyday people of Egypt.