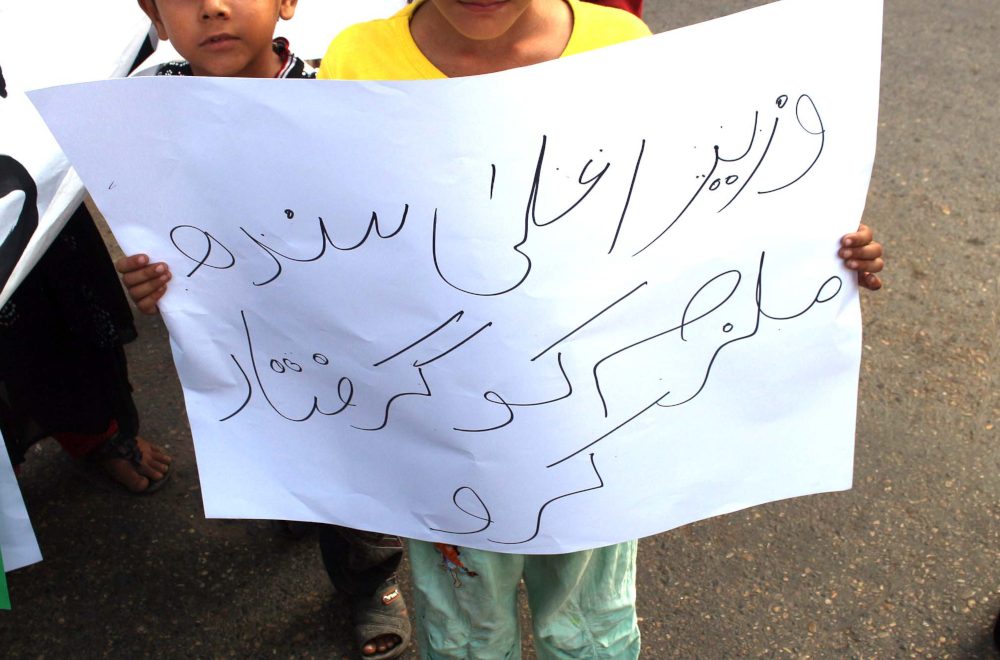 When we talk about rape

The fear of rape is background noise for many women. It rises from a barely audible whisper to a screech when triggered. The stimuli can be as trivial as the thump of footsteps behind us, the scratch of a key in a lock, the sneer spreading itself across a man’s face. Every time a public crisis around sexual violence arises, there’s a moment when that screeching becomes audible outside our own heads, resounding in the public sphere: a moment where our dysfunctional sexual cultures are placed under scrutiny.

These moments are triggered by acts of male violence outraging enough to break through the silence. In Pakistan this month, a motorist was repeatedly raped by two men in front of her children when her car broke down. The lead investigator slathered salt into the wound by blaming the victim, castigating families which ‘allow their sisters and daughters to travel alone so late.’ A month previously, a six-year old girl called Seema was raped, tortured and murdered in Northern Pakistan. Horrifying as these cases are, there may be many more still unheard: Mehnaz Akber Aziz, an Assembly Member, describes a culture of silence, where in rural areas rapists are quietly released once the initial outrage has passed. Pakistan is by no means the only place where the screeching is becoming deafening.

Sohaila Abdulali’s What We Talk About When We Talk About Rape, published in 2019, remains vitally important a year later. The book also hit a particular moment, after the horrendous gang-rape of Jyoti Singh in India, and while the #MeToo movement was becoming part of the public consciousness. Abdulali, herself a survivor of gang rape, became drawn into the moment when an article she had written three decades earlier about her own experiences became part of the conversation about sexual violence in India.

Abdulali – who describes herself as ‘a brown bisexual middle-aged atheist Muslim survivor immigrant writer without a shame gene’ – manages to be achingly sensitive and bracingly honest about the trauma of rape, in all its complexity. Her own trauma resurfaces throughout the book, which combines an activist’s drive to explore a vitally important topic, with a human need to process pain. These two are related: her activism as a feminist working in the area of male violence has also been a personal therapy; personal pain gradually transforming into political passion.

Abdulali and her friend were attacked by a group of men in a remote area of India. During the ordeal, the only hope she had was her rapists’ humanity, and the only way to appeal to it was by talking to them. So she tried to appeal to them through language designed to provoke their empathy. Ultimately, she believes this may have saved her life. After the rape, she was forced to ask her attackers for a lift rather than be abandoned far from home. The irony of this does not escape her. Rape is full of ironies. It is, she observes, ‘the only crime that is so bad that victims are supposed to be destroyed beyond repair by it, but simultaneously not so bad that the men who do it should be treated like other criminals.’

Her attention to ironies and dualities enrich the book, even if they often prevent her from reaching firm conclusions. She feels able to address topics whilst fully aware that she may not be fully able to provide unambiguous answers. Is rape about sex, or is it about power? Both, she argues. Within patriarchy, sex and violence are closely entwined. The particular horror of rape, she suggests, comes from its entwining with sexuality: ‘All the things that make sex wonderful – intimacy, connection, sensation, choice – make rape so horrible and hard to bear.’

Her scope is wide, drawing connections from Mexico to the Democratic Republic of the Congo with an engaging ease, never evading the weightiness of the subject, and without allowing it to drag her down. She moves from American campuses to warzones, talking to women who have little in common besides their victimisation, finding a solidarity that eclipses all their other differences.

Such solidarities are precious, and rare outside communities of survivors: in the Larry Nassar case, she notes, the young victims came forward but were rebuffed by all the adults around them. She movingly recounts the conclusion of this case: Judge Rosemarie Aqulinia called on some of the victims, who she dubbed ‘superheroes’, to testify in court. One after the other she heard- a hundred and fifty testimonies; a hundred and fifty voices; a hundred and fifty silences broken. As #MeToo and other movements to expose sexual violence have revealed, silence around rape only helps the perpetrators. It isolates women who desperately need solidarity and to hear stories like their own. And for victims, Abdulali asserts, breaking the silence is a form of liberation, ‘The minute you speak, the moment you write your own narrative, the second you open your mouth, you are no longer just a victim. You are taking back some control. It is the opposite of victimhood.’

Arguably the book’s flaws – the tone is occasionally glib and the structure unfocussed –  coalesce with its most important message: we don’t need to have all the answers to start the conversation on sexual violence. First and foremost, we need to replace that inaudible fear of sexual violence and the muted trauma and shame of victimisation with the sound of women’s voices. And in Islamabad, Lahore, Multan, Peshawar and Karachi women made the streets echo, calling for justice for victims and accountability for perpetrators. When we talk about rape, however hard that conversation is to begin, we can talk about how to build a safer world for women and girls.