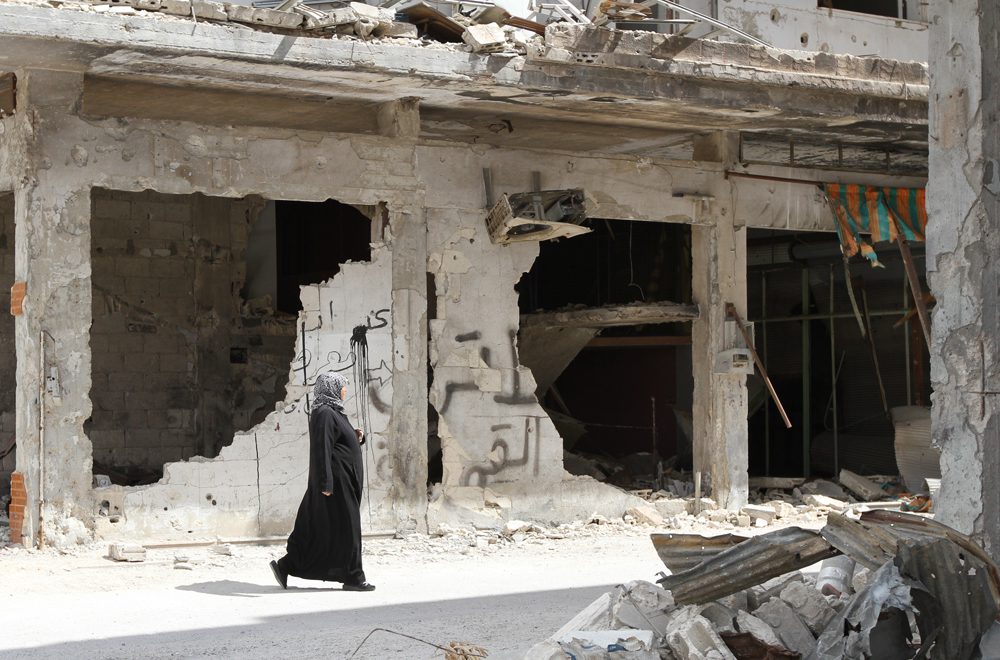 Writing from the frontline

Review: Our Woman On The Ground

Our Woman On the Ground is an essay collection featuring 16 sahafiyat (female journalists) each writing a chapter on their experiences, spanning the Arab world. With an introductory endorsement by Christiane Amanpour, a preeminent figure in female journalism, it’s a book that provides an invaluable collection of narratives exposing the gaps in our knowledge the Middle East and North Africa region. The book was edited by Zahra Hankir. Shortly after the onset of the Arab Spring, Hankar started collating a Google document of women writers that had personally impressed her. She then was working as a reporter for Bloomsberg News in Dubai. Her list identified women with unique insights into the political complexities of the Arab world. Each one of the contributors to this book is drawn from her list.

With contributors from across several Arab countries, the tone of the collection shifts from the bleak tragedies of ISIS/Da’esh in Iraq and Syria to the black comedy of a woman’s life in Saudi Arabia. What unites the collection is a palpable sense of compassion across many of the chapters. Even hostile sources are treated with a sensitivity that goes way beyond journalistic impartiality. This capacity for empathy sparks some of the most compelling encounters in the book, whether it’s remarkable interviews with faction leaders, or emotive reporting from the refugee camps in Southern Europe.

The writers face barriers on all sides, from being mistaken for a prostitute when approaching men for ‘vox pop’ interviews, to facing harassment and marginalisation in their work places and the streets. Often, they are also dealing with families concerned (not without reason) about the danger they are exposing themselves to as journalists, as well as more traditional concerns about their marriageability and ‘honour’.

Practical challenges include learning how to dodge sniper fire without tripping over your abaya, and managing communication with contacts in states with repressive security networks. The ingenuity and courage that the sahafiyat show in confronting the many barriers they face is staggering. For instance, one carries dozens of fake IDs so she can present her male colleagues as mahram (unmarriageable kin from whom purdah is not obligatory). The sahafiyat are experts in using ‘soft skills’ to get hard news. They obtain access to stories that men can’t, such as accessing segregated women’s spaces in religious communities. Sometimes as women they are underestimated, and they leverage this to slip under the radar to gain access to the stories and people they are covering.

The work of many of the authors establishes the value of reporting on the impacts of conflict upon women specifically, a topic which is often treated as secondary in contemporary media and politics. However, in countries devastated by war, women often represent the majority of the surviving population, and the most important stakeholders in achieving peace for themselves and their families. The focus upon their experiences is long overdue.

Fully sensitive to the narrow stereotypes of women in the Arab and Muslim world, the writers take care to discuss women’s issues honestly, but without compromising on women’s dignity. It’s a startling difference from tired media stereotypes. Instead of the repeated, tired imagery of brainwashed jihadi brides or forlorn victims of terror, we are told stories like that of a young female dentist, going door to door offering minor procedures to her neighbours – in the middle of a warzone.

The sahafiyat seem to be driven by a sense of civic responsibility more than by ambition. This is shown not just through the tremendous risks they take in reporting from dangerous conflict zones, repressive states which take a harsh view on criticism and challenging extremists, but also through efforts to combine their journalism with social activism. Some of the writers have dedicated themselves to campaigning on issues affecting women, for instance exposing the harms caused discriminatory family laws and male violence in their communities. This kind of overtly feminist activism is often unwelcome to both religious and secular authorities, demonstrating the need to centre women’s perspectives in debates affecting them.

The most harrowing theme of this collection is that of loss. Deaths on the battlefields stealing husbands, colleagues and friends; deaths of family members caught in the crossfire of violence. Long relationships with sources are cut short violently. The journalists report from nightmarish scenes after terrorist attacks, in the sight of dead bodies, and blood running on the streets. Less obtrusively, but no less poignantly, death shows itself in the green circles on the list of Skype contacts which switch to red, one by one by one, forever.

From the diaspora, the sensation of loss of a sense of home is complicated by a sense of survivor’s guilt over being alive and safe and the complicated negotiations of identity involved in living in Europe. Similar tensions are connected with working for Western media despite political reservations, and in absorbing the frustration and confusion of the people they encounter while reporting. This comes along with frustration as professionals and activists working in environments where progress is slow and setbacks are common.

This collection is more than an argument for taking women’s writing seriously, although it does that powerfully and persuasively. It’s an argument for taking women’s lives seriously. As women reporting on women, the writers of this collection are establishing the value of women’s journalism in the MENA. But they’re also showing how women stitch their communities back together in the aftermaths of social ruptures, creating an implicit argument for a more woman-centric politics. As the title of Shmael Elnoor’s chapter on Sudan, ‘Words, not weapons’ suggests, this is a book which positions the destructive potential of (men’s) weapons against the creativity of (women’s) words.