Enough with the clothes shaming of Muslim women

By now most Muslims living in North America who have followed the Olympics even tangentially know about Ibtihaj Muhammad, the first American Muslim woman ever to compete in the Olympics in a hijab. The American Muslim community has been celebrating her well before she went to the Olympics and won a bronze medal. And rightly so. There is no doubt that Muhammad is an inspiration for young Muslim girls. Her accomplishments and her visibility should be celebrated. Though much has been made about her wearing the hijab in the Olympics, Muslim women have criticized detractors, rightly pointing out the normalcy of hijab in sports.

Today, on my social media, I’ve seen the (relatively subdued) celebration of another Black American Muslim woman athlete who just won a gold medal – Dalilah Muhammad. However, an interesting (I’ll just use that word for now) contrast was noted by those posting regarding the way Muslims had been talking about Ibtihaj and they way they talked about Dalilah, in that they hardly talked about Dalilah. While Ibtihaj has been, and is being, celebrated all over Muslim social media for a long time, Dalilah has barely been recognized. In fact, many Muslims just learned of her presence in the Olympics after she won, despite the fact she did receive media attention before she competed and the fact that she is the first U.S. woman to win gold in the 400-metre hurdle.

The discrepancy in the celebration of these two women by the Muslim community in the U.S., and Canada, has highlighted a very pervasive and disturbing problem within our community.

Clothes shaming. An act of making any person feel guilty or inferior for wearing certain clothes that deviate from traditional or orthodox religious expectations of modesty, which may or may not include hijab and/or niqab. The Muslim version of slut shaming. (The term ‘slut’ has extremely negative connotations in the Muslim community and I would assume most Muslim women who do not cover would not want to “reclaim” that descriptor. I could not think of any other appropriate term and since Muslim women who do not cover are commonly made to feel guilty or inferior due to their choice of clothing, I thought this to be the most appropriate.)

Both women are brilliant athletes. Both women are Black Americans who come from a country that is brutally anti-Black and a Muslim community, which includes non-Black Muslims who are incredibly anti-Black. One difference that is very notable is their choice of clothing. Ibtihaj Muhammad wears the hijab and covers her arms and legs. Dalilah Muhammad does not wear the hijab and wears shorts.

And the Muslim community’s reaction to Dalilah has been, as Sarah A. Harvard has summarised:

And this is a problem. It’s been a problem in our communities for a very, very long time. It’s a problem that exemplifies our misogyny and our adherence to patriarchy, which result in spiritual violence against women.

Mainstream Muslim organizations, such as ISNA, tend to be male dominated, within their leadership, in their public image, and at their conferences. However, when women are included, women who cover, or dress more conservatively (with or without a hijab), are chosen above those who do not. All images of these organizations include covered or conservatively dressed women, as if to say that ‘real’ Muslim women must look like a certain way. 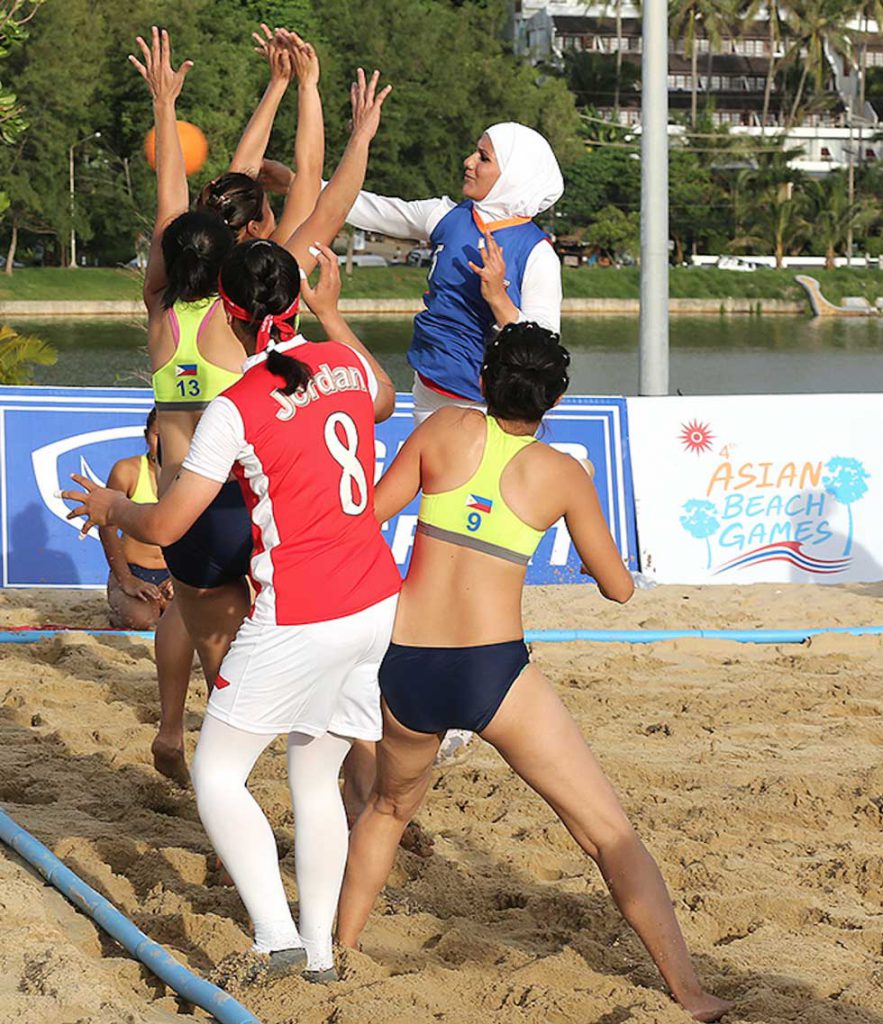 Muslim women who wear clothes that would be deemed ‘revealing’ constantly have their ‘Muslimness’ doubted. Pay attention to the comments from Muslims on any post, anywhere, regarding a Muslim woman who dresses in this manner (e.g., Pakistani women actors or models) and you WILL, without any doubt, find countless commenters doubting her religious identity and referring to her as a ‘so-called Muslim.’

When a non-covering Muslim woman begins to cover, she is celebrated, showered with praises, and told how beautiful she looks. When a woman who covers decides to take it off, she often experiences the opposite.

When a woman who does not cover in traditional ways is the victim of sexual harassment or violence, she is blamed. “If she had been a good Muslim woman…”

When Thanaa El-Naggar wrote about Practicing Islam in Short Shorts one response implied that although she was still Muslim she wasn’t a believer, while another response suggested that, although she could choose to wear what she wanted, she was setting a bad example for young Muslim women and girls.

There is no doubt that challenging this exclusion and this abuse is very tricky. We live in a world in which Muslim women who wear the hijab and/or niqab are targeted by Islamophobic violence. Hell, Muslim women and girls who simply dress conservatively, hijab or no hijab, are targeted by Islamophobic violence under the label of secularism. As Muslim women we need to protect each other from that form of oppression. We need to fight for the right of Muslim women to dress however they wish without threat of being targeted for being Muslim. Part of that solidarity and resistance to Islamophobia does mean promoting and celebrating representations of Muslim women in hijab and niqab. Absolutely. But within our own communities there are a group of women who are hurting spiritually and no one wants to talk about it. No one wants to help us fight this expression of misogyny within our own communities. Even when we try to tell our side of the story, as El-Naggar did in the Gawker piece, there are attempts to purposely obfuscate and distract from it.

Too many are mistaken that we cannot focus our energies on resisting both gendered Islamophobia from non-Muslims and spiritual misogyny from within our communities. Islamophobes will be Islamophobes and will use our internal struggles against us, regardless of what we do or do not do. But that doesn’t mean we let women be spiritually abused within our communities. It’s a fine balance but we have to at least begin to make an effort to find that fine balance.

This article first appeared on Sobia’s personal blog and has been used with permission.

Sobia has her PhD in Applied Social Psychology, studying the sexual health of young Muslim adults in Canada and the U.S. She is currently a writer with Muslimah Media Watch and a post-doctoral fellow. Sobia is also the founder of Sah'ha: Muslim Sexual Health Network which is currently under development.