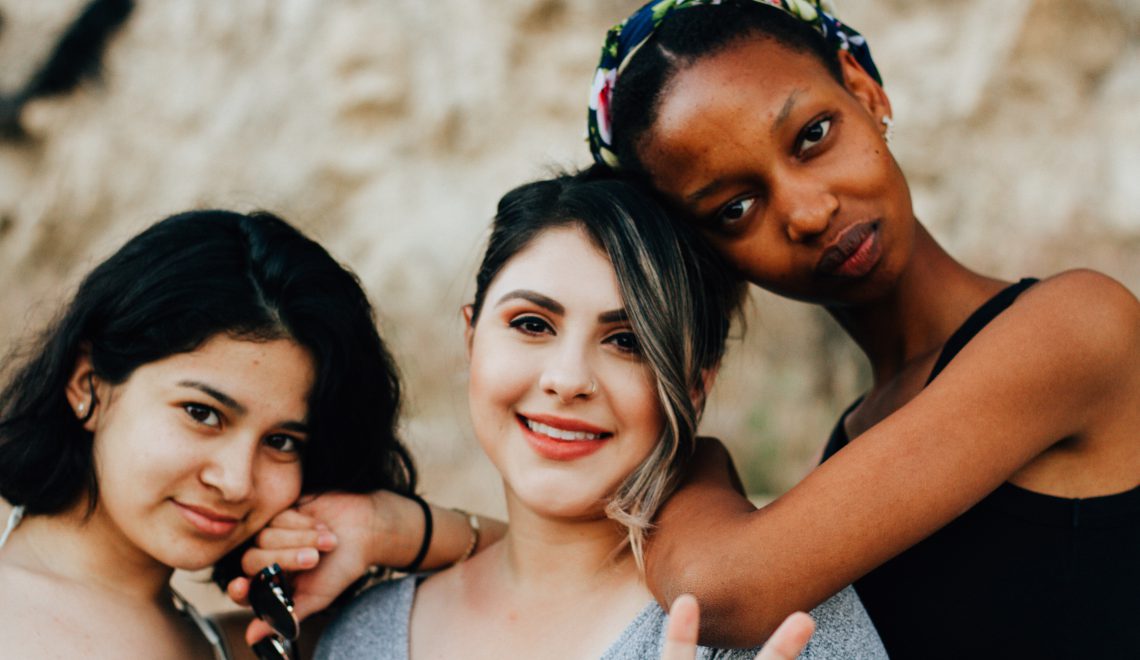 Like many of you, I grew up reading about historical heroines of the suffragette movement. These were women who faced imprisonment, risked their lives, or even willingly gave their lives to bring attention to their plight.

These were women who were on the outskirts of society. They were disrupting the status quo. They were a threat to the current order. Not only did men find them threatening, as their cause was in direct resistance to the male-dominated society, but women were threatened by them as well.

Many of these suffragettes had to lead double-lives, fighting in secret, as their fellow women preferred the safety and security of allowing society to putter along quietly. Demanding progress meant upheaval. It meant strife and potential hardships. They just wanted these suffragettes to leave well enough alone.

Well, thank goodness they didn’t. These women broke new ground and started to pave new roads for women. They are the people I have to thank for the world I was born into—a world where second-wave feminists like Gloria Steinem were larger than life.

A world where even though I was not afforded the exact same opportunities as my male counterparts, much of the way had already been paved. Throughout my life, I have watched things improve for women almost daily. It was not a drastic change born through bra-burning or other protests; it was a slow change, as we all shifted and maneuvered ourselves to the idea that women are equal members of society… so now let’s act that way.

As a young woman from an Arab family living in Canada, I watched significant changes happen in media – as movies, commercials, and music became much more aware of avoiding sexist stereotypes and much more conscious of allowing women depth and breadth in roles as opposed to just being the star’s wife who had maybe a cliché line or two. I watched Sheryl Sandberg rise to prominence with her book Lean In. I learned from her and from Oprah Winfrey and from Michelle Obama and from Beyoncé and from countless other women in popular culture that were examples for young women growing up in North America. As Geena Davis asserts in the documentary Miss Representation, ‘You cannot be what you cannot see.’ But I could see. I could see a lot of women whom I regarded as heroes.

I think a lot of young girls, the generation after me, saw these heroes as well. And, like me, they wanted to join the fight. They, too, wanted to be an example, an inspiration, and to continue to pave the road that had been laid by the brave women before us. But, unlike the women before us who had to tear down old growth, thousand-year-old trees and build new roads one stone at a time, these young girls were born into a world where there were bulldozers at the ready, willing to support them in their endeavor.

The work was happening; the fight had essentially been won. We didn’t need to convince anyone that there needed to be roads to equality. Everyone was already on board. But these young women wanted to build roads too. However, since all the good ones were taken, these young women were so full of energy and exerted their efforts in different directions. They began to discuss whether we should start calling ourselves ‘womxn’, if air conditioning is sexist, and how to counter the social evil phenomenon known as ‘manspreading’. With no legitimate problems to overcome, they invented problems so that they could fulfill that desire to solve them.

Those suffragettes are alive today, living on the other side of the world. Just like the suffragettes that used to live here, a lot of these women are leading secret double-lives. By day they cover their faces in black and follow the rules that society dictates for them, and by night they create radio stations, write blogs, make videos or simply post a photo of themselves-face and hair uncovered. Because that, alone is an act of resistance that could get these brave women killed. 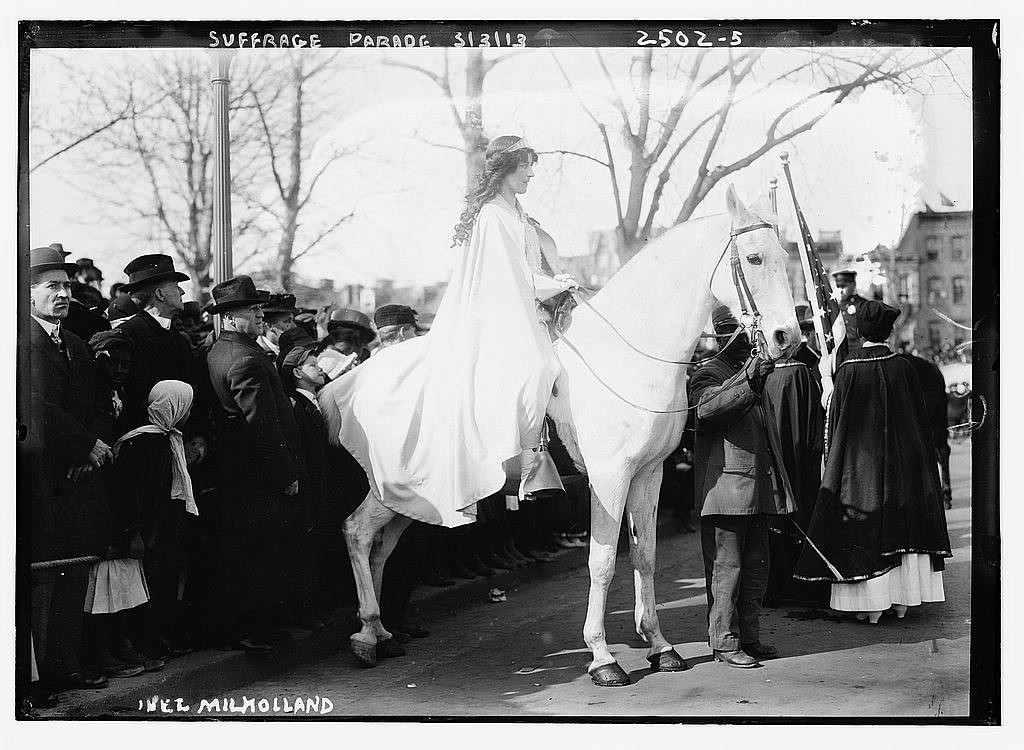 Photo credit: US Library of Congress

In Iran, a movement called #MyStealthyFreedom encouraged women to resist the compulsory hijab. Sadly many women have been arrested. Just for removing a scarf from their heads.

In Saudi Arabia, women are posting videos of themselves burning their niqabs, a black face covering that they are forced to wear, under the hashtag #BurnTheNiqab

Women are killed for being Instagram models. For daring to be beautiful in a society that demands women be modest. Qandeel Baloch from Pakistan was killed by her brother in what is called an ‘honor killing’. Tara Fares, from Iraq was shot and killed in her car. There are countless more stories of countless women losing their lives in pursuit of freedom.

Those brave women exist all around us, and they want nothing more than to be supported by feminists in the West. Imagine if Susan B Anthony and all the other suffragettes were alive today and instead of helping them in their emancipation… you chose to ignore them because you were afraid that supporting them might be misconstrued as bigotry or ethnocentrism? Or worse. What if you chose to support the people who wanted to keep these brave women down?

Unfortunately, that is exactly what is happening today. That is exactly what many large Western corporations and feminist groups are doing. Instead of celebrating the brave freedom fighters who just want their personal liberty, the West celebrates the exact thing these women fight against.

Barbie, once a beacon of femininity and feminism, now dons a hijab so that she does not entice men who might rape her. Marks and Spencer, one of the UK’s largest department stores, sells hijabs for three-year-old girls. The Gap and other major retailers use children in hijab in their advertising.

The free West, where these brave girls used to look to as beacons of light and hope, is supporting their oppressors and ultimately fighting against their progress. In Saudi Arabia, women are burning their niqabs. In Iran, women tie their hijabs on sticks and sway them silently, defiantly in the streets as they are arrested in droves. In the West, we put a Nike swoosh on it.

It is devastating to see this disconnect. Young women here in the West are looking for a fight, and young women there desperately need fighters to stand with them. It should be a match made in sisterhood heaven. If only women were willing to link hands together across borders, patriarchy would not stand a chance. Patriarchy cannot exist without the active participation of women.

Follow brave freedom fighting women from the Islamic world like Masih Alinejad  and Manal Al Sharif Support the hashtags #WhiteWednesdays #WomenOfRevolutionStreet #StopEnslavingSaudiWomen and #IAmMyOwnGuardian. Let these women know that you are a true feminist willing to fight with them for equality.

We will only succeed if we work together. Women in the East must work together. And women in the West, please reach back your hand, across the globe, and pull them up the road to equality with you… or, at the very least, please stop celebrating and supporting the very tools of misogyny that we fight against.

Yasmine is an Arab-Canadian university educator who has recently written a memoir entitled ‘Some of my Best Friends are Jewish, and other confessions of an ExMuslim’. In it she describes how, even though she was born and raised in North America, she endured the same traumas that are familiar to Muslims across the planet. As a child, she was beaten for not memorizing the Quran. As a teenager, she was forced into a marriage to a member of Al Qaeda (after he was bailed out of prison by Osama bin Laden himself). And as an adult, she wore a niqab, and lived in a home/prison with paper covering all the windows. Yet, somehow, with nothing but a high school diploma and a baby in tow, she got out. Despite the dark themes, Yasmine’s message is one of hope to her fellow ex-Muslims.