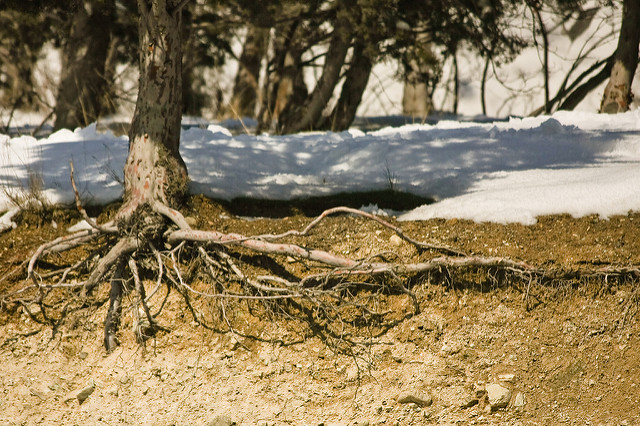 In between replaying my fondest memories and taking short naps on the plane back, I felt my stomach churn at the realisation that I will most probably never feel the same way again. ‘You’ll never be fully Iranian’ – this thought spiralled in my mind as I looked back on the experiences of my three-week stay in Iran.

Lately, I have felt emboldened enough to say that I am proud of my heritage, and that I always have been. Maybe I have politicised my Iranian identity because of the fact that I see, and have to live with, structural racism in the West. Growing up in Europe has left me questioning where I belong, especially due to the rise of vocal racists in our society. I never before thought about the political weight I carry due to being the daughter of immigrants until now.

‘Immigrant’ is such a powerful word. It encompasses struggle, sacrifice and perseverance. It means uprooting your whole life and settling in the unknown, in the hope of giving your children a brighter future. It means loving life to the point of sacrificing everything to keep it. I was raised to embrace both cultures, the gharbi (Western) as well as the sharghi (Eastern). I saw no borders between my two cultures. Rather, I would oscillate between them in a state of cultural fluidity. It had never occurred to me that my cultural background could leave me yearning for a sense of belonging.

However, this past year has made me feel the need to assert my Iranian identity more than ever before, in order to feel rooted. Experiencing rampant structural racism and ableism in my job search has resulted in the polarisation of my cultural identities. I wanted to reconcile them somehow, but seeing that no prospective employer has actually accepted that I am European, it has become harder to hold on to my gharbi identity. This is why I embarked on this long overdue trip to Iran, to search for a place where I could let down my raven hair and rest my dark eyes without being singled out for the way I look. As comforting as it was to have my appearance blend in perfectly, it was another thing to feel moored to the country and the people I look like, talk like and where I strongly feel I belong. It wouldn’t happen, despite my desire. After three weeks of only expressing one part of my identity, I started to feel confined. I hadn’t truly realised the significance of my gharbi identity until I was in Iran.

What does that even mean? It means not being able to convey my true emotions because I was suppressing my fluid identity. Only rooting myself in my Iranian identity, as I had before the trip, would have left me half-rooted. The habit of flowing in between east and west is what shapes me. I cannot omit one part of me. So I have to ask myself: why do I have to build walls between my cultures?

Three weeks in a completely new setting was a long time; a period for which I had set exceedingly high expectations. I had put my Iranian identity on a pedestal, and the disillusionment disoriented me. In hindsight, there was nothing for me to do other than to wallow in despair at the fact that I still couldn’t anchor my soul to the place I look like I come from.

Interestingly, the trip confused me further. I had not been prepared to expect to feel like a tourist at the same time as feeling like a local. Ironically, I feel more Iranian outside of Iran. I left Iran with an abundance of great memories. I was excited to visit the place my parents grew up in and it was a thrill to see my family. But the void that I felt prior to my travels was only half-filled with the love and abundance of family. My personal yearning to find my roots had not been satisfied. I wonder if my cultural fluidity has anything to do with it? Maybe my method of balancing my multiple identities is to blame for my inability to set down roots in any particular location. Or better yet, maybe this was my resistance: my multiple identities allow me to embrace having multiple roots that reach far and wide, are tangled and intertwined beyond borders.

Ahou holds a Master’s degree in International Relations from King’s College London. She is passionate about gender politics, disability rights and protest poetry. Her past writing experiences include Tehran Bureau, Luxemburger Wort and UNICEF DRC.