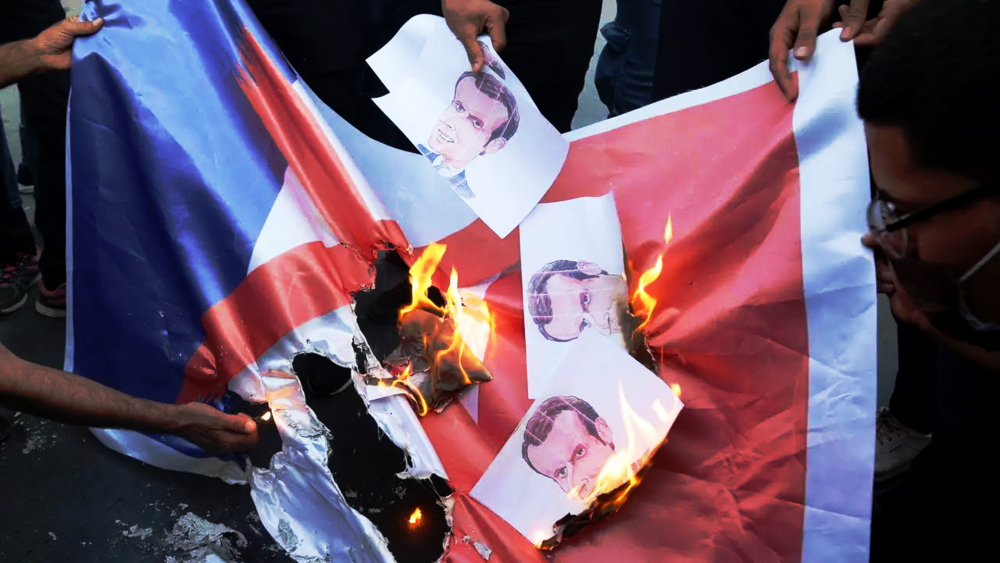 Why is France being villainized?

In the wake of terrorist attacks in France over the last two weeks, my twitter feed has been overflowing with shared links to articles by opinion writers and analysts from large swathes of the Western media, particularly English-language publications. They stumble over each other trying to give answers to why Islamists beheaded a teacher and female churchgoer, and why, years previously they shot and killed journalists.

Some of these articles are just straightforwardly spitting on freedom of speech. I have come across media outlets that I had previously respected, almost all on cue publishing opinion pieces that sound shockingly like talking points I have previously heard from Islamic theocrats and fundamentalists. Some have gone as far as to squarely blame France based on its colonial past, while others are busily equating satire with murder. Some have vilified the French president Emmanuel Macron’s ‘hard stance’ in language that suggests, ‘oh yes, the years of colonization and imperialism, foreign policy and France’s past has come back to bite them.’

On Saturday, the Associated Press tweeted ‘AP explains: Why France incites such anger in Muslim world.’ The tweet has now been deleted, but the article remains online. The AP writer’s use of language (my emphasis) such as: ‘It’s (France’s) brutal colonial past, staunch secular policies and tough-talking president who is seen as insensitive towards the Muslim faith’ to proffer a reason why knife-wielding murderers killed innocent people, including Samuel Paty – a school teacher giving a lesson on freedom of speech who was decapitated by a Muslim youth who had just arrived in France.

The writer even goes as far as to insinuate that France has completely failed to integrate the French Muslim population into French culture. And that France’s previous military footprint in West and North Africa. ‘…fuels routine online appeals from IS, AL-Qaeda and other extremists for retaliation on French soil, in hopes of forcing France to withdraw its forces.’ I used to respect AP, but after seeing such publication, I now have zero respect for them.

Another opinion piece from a publication calling itself Politico Europe gave ‘extreme form of secularism and embrace of blasphemy’ as the reasons why beheadings are happening in several cities in France. The author is not a journalist, but a student of Social Sciences. Perhaps there was no editor available to vet and sub the article. Maybe. I am just speculating here. But here’s the crunch of the opinion piece. He writes:

‘One of the defining features of this new secularism is the promotion of religious blasphemy — and, in particular, its extreme expression in the form of caricatures like those of Mohammed. This embrace was on full display following the murder of the teacher who showed cartoons of Mohammed in his classes, when many French intellectuals came out in praise of blasphemy and defended the government’s unequivocal defense of the right to free expression. They should have considered their words more carefully.’

And that is not all. A large section of the Dutch media has been either indifferent, or still playing catch-up after satirical magazine Charlie Hebdo re-published the Mohamed cartoons to mark the trials of the perpetrators of the 2015 terror attack on their office. When Emmanuel Macron, the President of France, made a speech defending freedom of speech against terrorism, a section of the Dutch media deliberately either avoided mentioning Macron, or fell into a bandwagon of excuses: but free speech shouldn’t be insulting…

An Amsterdam daily, Het Parool even went ahead and published an article by the Imam of the Blue Mosque in Amsterdam demanding  ‘legislation to ban the Mohammed cartoons in the Netherlands!’ Het Parool dedicated two days in a row to various articles on Imam Yassin Elforkani – who was once questioned at a parliamentary investigation committee on ‘foreign funding’ of his mosque. This has left me gobsmacked. What is going on here?

I am especially worried about a section of Western media outlets parroting extremist imams, conflating murder with free speech and excusing terrorism while willfully and deliberately – perhaps even from a warped ‘good place’ – playing into the ideology of intolerant theocracies that despise freedom. What these media outlets seem to have missed are the rankings of Freedom of the Press in the rest of the world. We should pay especially close attention to the highest and lowest 20 out of 180 countries indexed in the 2020 World Press Freedom index. The lowest 20 positions are largely held by countries where freedom of speech as well as freedom of the press is curtailed by theocratic governments. A large number of these countries are Muslim majority. The top 20 are held largely by secular countries where freedom of the press and freedom of speech are an integral part of the law.

Even more shockingly, none of these media outlets have produced anything tangible on how China is treating its Muslim population, despite years of accumulating evidence of Chinese government atrocities against the minority Uighur Muslims in Xinjiang province, including concentration camps, forced sterilization and imprisonment.

The media is meant to be the watchdog of the public. Journalists have a duty to report events as they happen; to inform, educate and stimulate debate on pertinent issues. The media is a powerful means to set a country’s agenda, stimulate discourse, reinforce democracy and even contribute to policy change. But when journalists inject half-informed-click bait ‘analysis’ in times like this, it is not journalism. This is entertainment click-baiting. And it’s dangerous.

In most constitutions across the developed world, freedom of speech and freedom of the press are an integral part of society. Moreover the two go hand in hand with each other. The bedrock of freedom of the media to inform the public lies in ensuring that governments and other vested interests do not interfere with the dissemination of truthful information. What kind of journalism are we really doing if the press take it upon themselves to produce biased content? Is the purpose to appeal and appease the ‘new demographics’ of readers, viewers, and consumers of our various publications? Has the democratic value of informing the public now disintegrated,  resulting in journalists publishing only what we think consumers want to hear?

Of course, it goes without saying that opinion pieces are just that: opinion. My shock is not about the existence of opinion pieces that I disagree with; it is about how one-sided opinion articles tend to get more traction from respectable media outlets than factual ones. When large publications with an otherwise good reputation suddenly slide down the slippery slope of appeasing extremists, then I am truly worried for the freedom of the press.