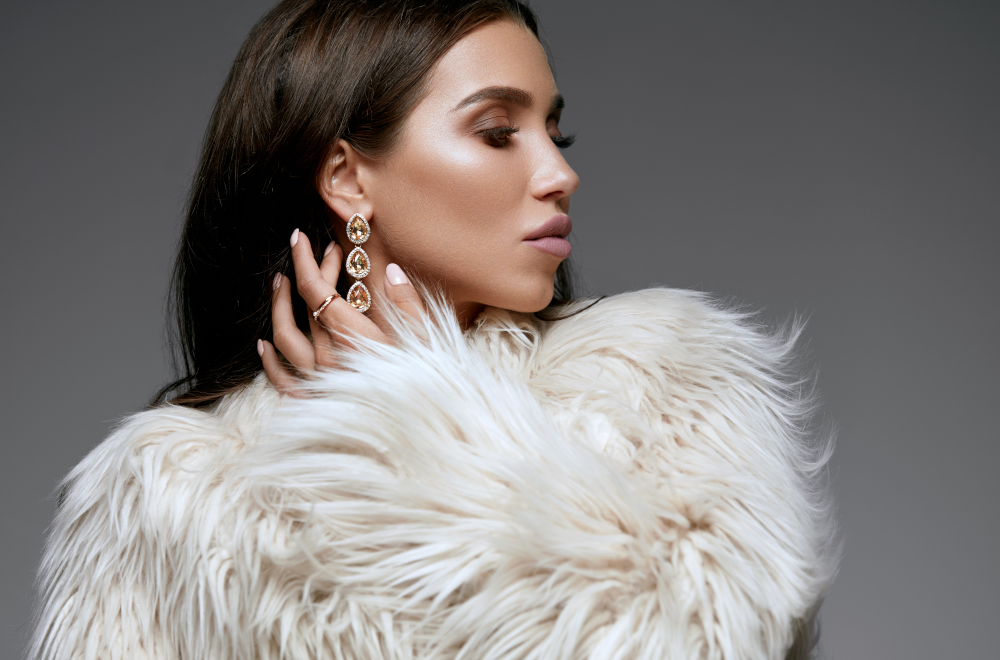 A wave of feminism is sweeping across the Middle East and North Africa region. Part of this wave is created by anonymous feminists from their social media accounts. Celebrities are also riding the wave, enjoying being celebrated as feminist activists and as artists with deep social, and arguably even political, messages. These celebrities champion themselves as women’s rights activists and they are, in turn, celebrated as champions. However, some of these celebrities simultaneously uphold the culture that actual feminists and activists are trying to dismantle.

One female celebrity who has been hailed as a champion for women’s rights and who has even been chosen by the UN as the first Planet 50-50 champion for the Arab States Region is the Arab singer Balqees Fathi. She was recently featured in a collaboration between Vogue and Piaget in the ‘Extraordinary Women’ campaign, in which she was promoted as a trailblazer: the first female artist to perform in an all women’s concert in Saudi Arabia, a country notorious for its oppressive policies against women, and for having strict gender segregation laws.

Recently Saudi Arabia has adopted more socially progressive policies. It has opened itself up for local and international artists and performers in all fields of the arts, easing its strict dress codes and the laws calling for the segregation of women. Balqees was merely one of many artists that were invited to, and paid for, their performances in Saudi Arabia. I cannot celebrate her performance as particularly pioneering or inspirational within the Saudi context. Here is why:

Many artists who are Saudi or who have lived in Saudi Arabia, both male and female, have confronted oppressive social and political systems in order to be able to share their talents in film-making, music, etc. Many of these innovators have had to endure severe backlashes for their creativity. For many years, social media platforms were the only media through which they could share their art and be recognized for it. Balqees grew up in the United Arab Emirates as the daughter of Ahmed Fathi, an esteemed artist originally from Yemen. As such, she did not have to confront the barriers that have faced Saudi artists because she did not have to develop her career in the challenging climate of pre-reform Saudi Arabia.

Saudi artists have grown up in an environment in which they have had to fight oppressive policies within a strictly closed society. These artists have had to lobby to perform, and resist or evade Saudi authorities. Balqees, on the other hand, was already a famous singer by the time Saudi Arabia started to change its social policies. She was one among many artists who benefited from other activists’ work. In this context, Piaget positioning her as if she had broken through social barriers erases the campaigning work of an entire generation of Saudi artists, trading on stereotypes of Saudi Arabia as being reliant upon outsiders to initiate reform.

The history of Saudi media is far more complex than Piaget’s statement implies. Since its inception, Saudi national television (and radio for that matter) has featured women figures as show hosts, actors, and performers. Saudi media has received criticism and resistance from the contemporary religious establishment. The state has been trying to modernize the country despite relentless efforts from the religious establishment to maintain the status quo, and particularly to shut down women’s voices and erase their images.

For decades, the appearance of women on Saudi national television was limited to actors in TV shows and some programme hosts. Women acting was a taboo at the time, indeed, it was almost unheard of in such a traditional society, so Saudi television used female actors from neighbouring Arab countries such as Syria, Egypt, and Lebanon to perform female roles. Balqees herself was even interviewed – by another woman – on a show on Saudi national television in 2017.

Piaget’s narrative characterises Saudi Arabia as an oppressive, backward country and Balqees as a progressive saviour that has pulled the Saudi artistic and cultural scene into modernity, blazing the path for other women to follow. In fact many other women and men have laid the stones of the path that she herself follows. Labelling her as the ‘first’ female artist erases a long and complicated history between the royal family of the country and its attempts to modernize, and the religious establishment’s fight for maintaining a strict Islamic theocratic state. In particular, it also erases the struggle of Saudi artists who were the true trailblazers for the artistic scene in the 60s and 70s, especially female artists such as Touha, Etab, Ibtesam Lotfi, and Thoraya Qabil.

Also, although Balqees has also been hailed as a champion for human rights, her personal opinions demonstrate considerable insensitivity. After the tragic suicide of the late Robin Williams she tweeted:

Translation: ‘I woke up to see tremendous sympathy towards the story of the suicide of Robin William the famous Hollywood actor due to servere depression. Honestly I have not sympathized with him, and I thanked Allah for the blessing of Islam.’

Her statement dismisses Williams’ struggles with mental illness and coldly attributes the cause of him taking his own life to his supposed lack of faith, since Muslims believe suicide is a mortal sin.

Following an incident last year where a young Palestinian woman was brutally beaten to death by her male relatives for posting a video filmed with her fiancé and his sister on social media, Balqees commented as follows.

Translation: ‘You, the Middle Eastern man, when you find out that your sister went out in secret with a non-related man, and you discipline her at home and explain to her that it is wrong and not part of our tradition. This is better than killing her and exposing her and her story to the whole world and attaching her name to honour and traditions, even if the story holds many perspectives only God knows of.’ accompanied with a hashtag of the victim’s name.

When another user responded to her tweet and told her that ‘a fiancé is not a stranger’ her response was to say that ‘a fiancé is a stranger until the marriage is officiated, then he becomes a husband and legal guardian. That is what we were all brought up to.’

Anonymous feminists on Twitter exposed her hypocrisy by reposting pictures of her with her current husband whilst they were engaged, and her ex-fiance who preceded him. Her recent statements as part of the Extraordinary Women campaign have relaunched a hashtag on Twitter which translates as Balqees_shut up with many users denouncing her as a poor representative of Arab women.

In fact, despite her relentless efforts to promote herself as a feminist, her statements in many situations expose her misogyny. Feminist philosopher Kate Manne explains that misogyny distinguishes between ‘good’ and ‘bad’ women on the basis of their conformity to social norms. It seems Balqees has a vested interest in being deemed a ’good’ woman within a patriarchal, misogynistic society as well as by Westernised corporate entities. In fact, her whole career rests on her building an image of being the ’good’ woman, and eluding the contradictions that arise from it. There is, in my opinion nothing extraordinary, or praiseworthy, about that. Women in Saudi have, and are, still fighting hard for some of their basic rights and protections. Their social status, their hardships and their struggles are not resources to be capitalized on for fame or glory.