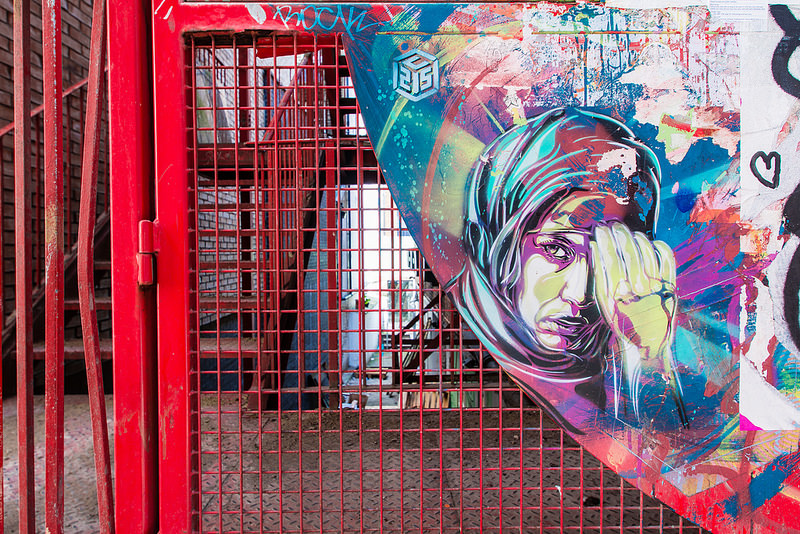 To say the least, the veil is a complex symbol that impacts upon the lives of all women of Muslim heritage. Whether they choose to wear it or not, our writers agree on the importance of hijab as an individual choice, made without coercion, either by the state, by xenophobes or by the Muslim community.

Here are half a dozen articles on hijab.

Shamed out of hijab

Nazhah Khawaja recounts the harassment she received as a hijabi in America, which ultimately led to her abandoning the garment out of fear.

‘I feel defeated. I feel weak. I feel that it was my fault, even though I could not control the words uttered: the senseless thoughts, the ruthless and repeated attacks upon the peaceful, complete, fulfilling religion of Islam. I still feel that my determination in creed should be enough for me to literally and figuratively keep the hijab on.’

Why I removed my hijab for a day

Safiya Alfaris explains why she removed her hijab in solidarity with women forced to wear it against their will.

‘My disdain for this forced hijab grew, and I slowly found my voice on social media. It gave me confidence and a platform to voice my opinions. I was actually surprised by the number of Muslim women who also shared the same views as me. How sick of being controlled they were, how sick of being told what to do, how to dress and the constant judgements. Then my opportunity came. Just by chance I stumbled across No Hijab Day.’

Assma Youssef challenges the increasing commercialisation of Muslim dress and the banner of ‘empowerment’ that goes with it.

‘Hijab girl power’ ultimately serves the same purpose as the former Spice Girl trend of ‘girl power’: selling magazines, clothes and cosmetics. This is a restriction upon the definition of modesty, particularly for Muslim women who practice their faith but do not choose to cover their hair. It also has the potential to coerce many Muslim girls into an essentialising straightjacket, where they feel that they must resemble the light-skinned, thin and glamorous hijabistas in order to be accepted in a western context.’

Yasmine Rukia’s enjoyment of Muslim Women’s Day is tarnished by the erasure of Muslim women who don’t wear hijab.

‘The banner for the day showed a diverse cast of colours and personalities. By so doing, it rebuked the colourism and anti-blackness, which is rampant in America, even within minority communities. This filled me with boundless joy, because racism has no room in Islam, period. All the women showcased were beautiful strong combo-breakers: women I admire: educated, well spoken, talented, outright interesting Muslim women, but what made them all Muslim? What was the perquisite here? Hijab.’

Ghizlane Zerzkhane challenges the double standards of Muslims who challenge regimes that demand that modest dress be removed, yet remain silent on those who force women to dress modestly.

‘Muslims were on the front lines of opposing the abuse of authority involved in regulating what Muslim women can, and cannot, wear in France. One would assume from this example that Muslim women are absolutely free from having their bodies policed in their respective Muslim communities. Yet this is almost never the case. When it comes to matters of what Muslim women wear, Muslim activism against Islamophobia, and sexism is selective. It occurs when the practice of covering up Muslim women’s bodies is threatened. However, if a Muslim woman is forced to follow regulations on what she should wear which are considered in tune with Islam, then that activism is nowhere to be seen.’

Suhaiyamah Manzoor-Khan interrogates the European Court of Justice’s ruling on the legality of workplace bans on ‘religious signs’ – which includes the hijab.

‘In a Europe which is so obsessed with Muslims, so afraid of beards and hijabs, so intent on policing borders, detaining and deporting refugees and migrants, and turning to increasingly parochial nationalisms, the ruling would always be disproportionately about Muslim women. There’s a reason that this ruling has come now, rather than twenty years ago – the discourse which creates the meanings around what Muslim women wear did not exist so widely then – not to mention that the Netherlands, France and Germany are in their election seasons. The grand irony is that this ruling, along with every other anxiety about Muslims in Europe comes not from a lack of integration, but from the fact that Muslims are fully imbricated, publically visible, and engaged in European life. The ‘problem’ is that Muslims are now European.’