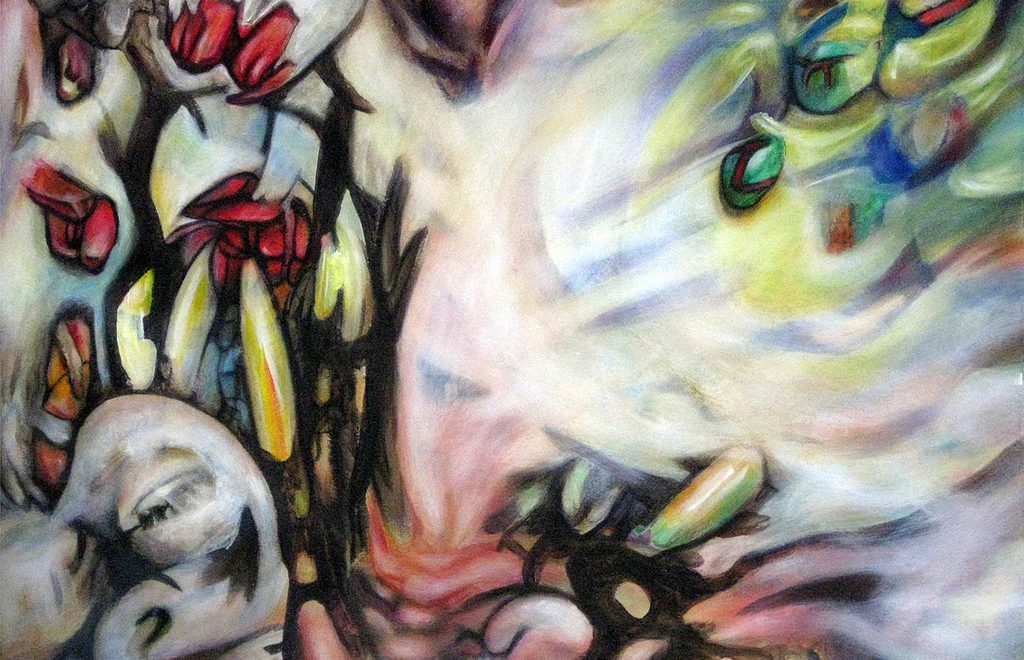 You say your background was the same as mine,

But you’re getting wronger and wronger every time

So I go along with it

Longer and longer I develop this lie

And after a while I confess

‘I don’t really know what you’re talking about’

Quiet for a second.

‘What so you actually wear a headscarf at funerals’

‘Yeah of course I do’

‘Dunno.  You sit in silence at Christian weddings and watch a man give his daughter to another man don’t you?’

Yeah. That’s what I thought.

‘It was hard for my mum. But clubbing in the 80s helped me belong’

And you go on and on about that.

Good for you I think, Great.

I watch as my mum doesn’t interject.

She wasn’t allowed out.

But you’re telling me you’re the same as her.

You won’t stop telling me you’re the same as her.

Because ‘we’re all from this tiny island’.

But that tiny island was split.

And some of us are Eastern Mediterranean and some of you are Greek.

And I believe it’s the same us.

Of course I do.

I believe in the one us.

Of course I do.

But there are differences

And those differences mean something too.

When the news pops on there’s a Muslim Ban,

The world’s gone mad you say,

What a mad man, what a totally mad man you say.

With conviction: but quiet confidence too:

Your life won’t be touched by this

They’re not coming for you.

I feel a sharp pain at the base of my mother tongue.

Something trapped in the flesh of my lungs:

I’m not visible enough: Muslim but not really Muslim enough.

Dad’s got a beer,

‘Why you acting like a good Muslim girl for?’

This is some bizarre attempt at flirting.

(Which I don’t appreciate)

I tell you I am, and you enjoy telling me all the times I haven’t been.

All the ways that if I was there’d be no you and me.

And it looks back

And I keep looking at it

And it keeps looking back.

I pull my arms out.

Part my hair in the middle.

I push a rock out the way and come back to life.

The mountain won’t come to me.

‘Why don’t you write a story about a Greek boy falling in love with a Turkish girl?’

I know this is an attempt to say you love me,

But it winds me up.

We need to work on your chat up lines,

I’m finding it hard to fall equally in love.

‘You’re always saying we’re all the same so there’s no story to be told’, I say.

‘Of course there is; you know we have our differences’, you say.

And the cross stares back at me, confidently.

Mum’s got this story.

She was walking to the work (where she’s worked in for 28 years) with a ‘Mashallah’ ’round her neck,

Some bloke came up to her, put his hands on the pendant and said,

‘Oh you’re not one of those Muslims are you!?’

She doesn’t wear it anymore.

I’m packing snacks for a protest.

Mum tells me not to wear the Egyptian gown in my cupboard.

My brother chimes in,

Speaking through the beard on his chin.

‘It’s too far Tuts. Be careful – there are people there that want to hurt you.’

I wear a head scarf instead

A news guy asks me questions on camera

Before delivering anti Islamic abuse at me.

He saw me in the crowd immediately

I was visible to him, visible vibrantly.

You saw it play out

You saw him single me out from you

The differences you can’t see

Spoke on our behalf. Vividly.

We get a night tube and a night bus and walk a bit.

You tell me you’re sorry you didn’t stop it.

It sinks in that you can’t.

‘All it took was a head scarf.’

You say you kind of liked it on me.

We get in and I stare at the cross resting on your chest.

I’ve taken everything off.

But I swear I still feel the scarf ’round my neck.

I’m just one of those London raised Turkish Cypriot girls that the media doesn’t acknowledge - pumped up on humus and hip hop I’m on a mission (mostly through words and theatre) to represent. Let’s have a chat.