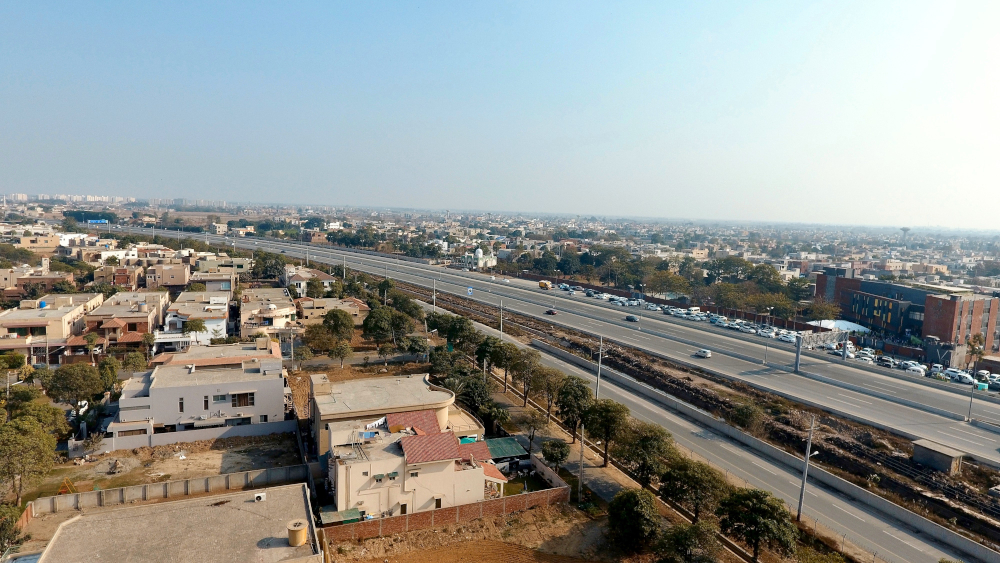 On 9th September 2020, a mother was gang-raped in front of her children on Lahore-Sialkot Motorway Link Road in the area of Karol Ghati Jungle. The victim became known as the ‘Motorway Mom’ and received widespread support in an otherwise conservative Pakistan that prefers enveloping rape victims in scandal, rather than support. With the exception of Umar Sheikh’s offensive remarks (in Urdu here), victim-blaming was thankfully not widely observed in this particular case.

Pakistanis are, as a nation, quite sensitive about mothers. Had the victim’s profile been different, for example, if she had been a young unmarried woman travelling alone, or a single professional woman returning with a driver or a male colleague, etc. the blame would have been on the woman. She would not have found any sympathizers. She would have had to endure accusers questioning her moral character.

Victim-blaming in Motorway Mom’s case was not possible. No Pakistani agrarian/tribal versions of moral standards seemed relevant, despite the fact that in the past these have appeared as the immediate and predominant responses to sexual violence amongst the ordinary public. The survivor is neither single, unmarried, or an unaccompanied woman, nor is she an uneducated, disadvantaged rural woman working in the paddy fields, vulnerable to sexual assault. No – the Motorway Mom is in none of these categories. She is a 30-year-old married woman and mother of three, her youngest approximately two years of age. She completed her studies abroad, then got married to a Pakistani man and settled in Gujranwala, near Lahore, Pakistan, with her husband. She is a confident, educated woman with several philanthropic engagements. On the night of the incident she was in close contact with her relatives trying to handle a situation in which she had run out of fuel in her car – a car which according to Pakistani standards, is mostly driven by the affluent social class. She was not returning from a professional or artistic assignment but travelling from one family in Lahore to another in Gujranwala. It is too difficult for Pakistanis to create a scandal out of these mundane family engagements.

A community is formed out of a mutual sense and measure of a set of shared events and identities – from a shared culture. It’s not necessary that everyone in any given community chooses to cooperate in the project, but that merely there are set standards or common grounds and power dynamics that exist to enforce compliance to the norms of the community. The most common shared grounds relate to morality: what is acceptable and what is not. In the case of the Motorway Mom, the gang rapists crossed that line, that common ground, when they gang-raped a mother with her minor children being witnesses to the crime. This is a violation that has offended the core values and belief system of Pakistani society. It has also questioned the normative order of things associated with the individual and communities sense of security, where married women, especially those with children, are mostly considered to be safe.

In traditional Pakistani society, the expression bachoun wali (literally, a woman who has given birth) symbolizes and summarizes the stability and security of a woman within an extended family (her parents and in-laws combined). Bachoun wali is an adjective, an honorific used for a woman who has come of age and who has gained maturity by successfully reaching what is culturally understood as a woman’s biological destiny. A bachoun wali implies a woman who has passed that age where she could be perceived as a sex object and ogled, for now she is first and last a mother. The value of the number of her children cannot be underestimated. A young married woman with a newborn is still treated as a beginner. She is safer than before, but still not as secure within her in-laws’ home. If the first-born is a son, the in-laws will want another son (or a daughter, if unbiased) so that the family is ‘complete’. Nonetheless, as soon as the second one arrives there is pressure to produce the third one so that, well, the fullest completion of family is truly accomplished. Two children would be a bit too boring for a Pakistani joint family system. Following the birth of three children, typically divorce is ruled out, even if there were differences between the bride and her in-laws. Mostly the new order is peaceful. The bride quickly strengthens her footing in her husband’s household and gains a superior social status for successfully completing his gharana by going through repeated and often difficult pregnancies (owing to compromised medical standards) over the first six to eight years of married life. Afterwards, the couple can relax and focus on raising these children. This transition is noted across social divides – a youngish bride is referred to as baji (i.e. elder sister) which progresses to Begum sahib (i.e. a woman of high ranking).

A Bachoun wali is a woman who is considered to be moral and family-centred. Socially, it violates cultural norms to objectify her. This is at least an expected norm amongst educated people, and those belonging to the middle/upper socio-economic strata of society (of which the Motorway Mom is also a member). Of course, amongst women belonging to lower socio-economic strata, the reality can be different, and while using public transport they may routinely face harassment and objectification.

But norms only go so far to contain male violence. The Motorway Mom managed to rush out of the car onto the road. She only returned because the attackers grabbed her children and started running towards the Karol Valley jungle. Later, one of the rapists explicitly stated that they did this to force the mother to return. And she did. According to Fareeha Idrees, the primary female journalist in contact with the survivor, whilst the mother and her children were being tortuously dragged deeper into the valley jungle (estimated to be 30 feet under the link road) the mother started reciting the declaration of Islamic faith (kalma), instructing her children to do the same. It is pertinent to mention here that for Muslims, kalma is the recommended recitation for those nearing death. This indicates that the survivor, under the influence of her identity as a bachoun wali, expected the  brutal murder of her family, rather than rape. Perhaps her sense of ‘self’ as a mother of three in a Pakistani society didn’t allow her to think otherwise.

By these standards, the Motorway Mom, the bachoun wali, the Begum sahib, is culturally perceived as a morally-sound and as a socio-politically and financially stable woman within a household and community. And this is why Pakistanis as a nation are feeling the agony of the assault and are standing with the survivor, the Motorway Mom.